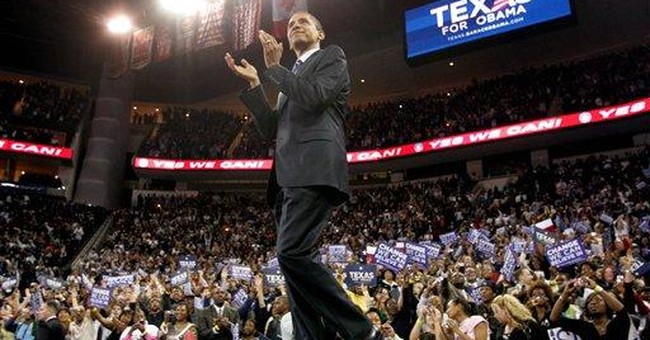 Congressmen and women who believe that they can ignore the expressed will of their districts’ constituents and vote with impunity for whomever they want for president at the Democratic Convention had better think again. A vote for Clinton by a congressman whose district backed Obama is likely to become the single most dangerous vote the member has ever cast.

If Obama loses the nomination, all will be forgotten, if not forgiven. But if he wins and gets elected, as I think he will, don’t expect much mercy from his enraged supporters. Voting one way while one’s district votes the other is the stuff from which primary challenges emerge!

Voters’ memories tend to be short, and the natural tendency is to tell pollsters that they voted for the winner, particularly if he becomes a popular president. So even a district in which the Clinton/Obama vote was close may well become one in which the strong majority “remember” that they voted for Obama. If a primary challenger points out that the incumbent backed Clinton even though the district voted for Obama, he’s likely to find fertile ground upon which to build his candidacy.

Because the presidential primary vote is so publicly tabulated by congressional district, House members are particularly vulnerable to retribution by an angry electorate. On no other issue is the member’s vote so directly and easily compared to the expressed will of his district. And no other vote the congressman casts is likely to be as important as the decision he makes on the fl oor of the convention. In most House votes, there are multiple options, alternative versions of the legislation, and only a vaguely expressed and even more vaguely remembered measure of the will of one’s district. But the clarity of the primary votes on the one hand and of the congressman’s vote at the convention on the other makes this a vote unlike any other.

For governors and senators, the stakes are even higher. Everybody will be watching them. God help the governor of a state, or its U.S. senator, if he votes for Clinton when his state went for Obama! Because everybody knows which state went for which candidate, it is so very easy for voters to keep track. Iowa went for Obama. New Hampshire went for Clinton. Minnesota voted for Obama. California was for Hillary. Every schoolchild knows that in this most highly publicized and followed of all presidential elections. For a governor or senator to vote against the will of his state is the most obvious form of thumbing one’s nose at one’s own voters.

For party officials, the votes can be cast in relative anonymity. But should any of them seek public office, their vote for or against the will of their state will be there to be used ag ainst them even a decade down the road.

• The number of superdelegates needs to be reduced. This credential, usually little more than an honorific reward for party toil, should be restricted to public officials and, perhaps, state party chairmen. To have more than 300 party officials entitled to voting seats at the convention makes no sense at all. The party may have to reward its laborers, who are often volunteers, with free seats at the convention, but need not confer voting rights upon them.

• The Democratic Party should convert its contests to the winner-take-all format the Republicans largely use. The proportional representation system breeds the same kind of paralysis when used to nominate a candidate as it once caused when the French tried to select a premier during the Fourth Republic. The fact that John McCain can campaign with an increasingly united part y behind him while the Democrats tear each other apart subverts the latter party’s intention in front-loading its primaries and makes obvious the need for change.