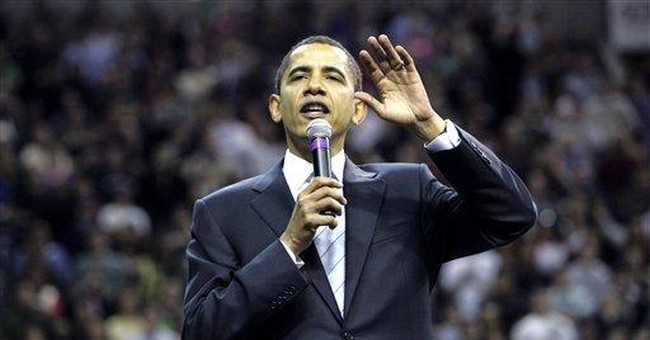 Is Hillary Clinton bi-coastal? Can she win in America's heartland?

These questions surface in the wake of her victories in New York-New Jersey-Massachusetts and in California-Arizona and her defeats everywhere else except in her former native state of Arkansas and its two next-door neighbors, Tennessee and Oklahoma.

In the first flush of her California victory, it seemed Clinton had a clear path to the nomination. But the picture looks different on closer examination a day later.

While she was winning the dwellings of America's elite, Obama was sweeping everyplace else - Utah, Idaho, Minnesota, Illinois, North Dakota, Kansas and Colorado, many of them states with virtually no black population. And his success in Missouri, Alabama and Georgia show that he continues to dominate Southern states with their large minority populations.

Why is Clinton doing so poorly in the heartland? There, away from the liberal media and establishment bias and from the coastal immigrant and Latino concentrations, she seems at a loss. Aside from her core white-women constituency, these voters are really supporting the memory of Bill's presidency more than the prospect of a Hillary administration.

Obama is winning the primaries among younger, better-educated, less-immigrant populations. Among these groups, the future matters more than the past, and the record of Bill Clinton's administration and the implications of a Hillary presidency are separate and distinct.

But the Northeast and California have already voted. Now the race turns to the heartland, where Obama's advantage may come into play; he's running well in "flyover country."

Over the next two weeks, nine states with as many total delegates as California will cast their votes. Obama should win Louisiana, Virginia, Maryland and Washington, DC, because of their large black populations. His Midwest strength could well give him victories as well in Nebraska and Wisconsin.

Washington state and Maine could go either way. And Clinton's strength among California Asians probably means she'll win Hawaii. But Obama will probably creep up in delegates as February unfolds.

Then come the real heartland primaries on March 4 - Texas and Ohio. Obama's strength in the Midwest augers well for Ohio. Clinton has yet to demonstrate an appeal in this region, while Obama's wins in Illinois, Minnesota, North Dakota, Missouri and Iowa indicate real regional strength.

In Texas, the Hispanic vote will be key. Clinton carried California even though Obama won among both blacks and whites. She prevailed among the third of ballots cast by Latinos. To carry Texas, Obama will have to close the gap among Hispanics. His support for driver's licenses for illegal immigrants - which, at latest count, Clinton opposes - will probably be key in any drive to capture their votes.

Clinton continues to run the same campaign she always has, based on her inherited experience and her laundry list of proposed government programs. Obama, meanwhile, is inspiring voters to rally to his cause. As the race moves to Middle America, the Illinois senator may have the advantage.

And the super delegates - party poobahs who gain delegate status by virtue of their office? They may well tend to vote for Clinton. But only if the popularly elected delegates split fairly evenly do they dare tip the convention in her favor.

If they reject the voters' will and jam Hillary Clinton down their thro ats, they'll have hell to pay, just as the Democratic Party elite did in 1968 in Chicago's streets.

So the Democratic race is far from over. Obama could yet pull it off.