A Swiss "Extremist" Against Islamic Law

Diana West  |  Jul 17, 2008
The opinions expressed by columnists are their own and do not necessarily represent the views of Townhall.com.
Top Columns
Trending on Townhall Media

THE SWISS ALPS, SWITZERLAND -- "Explain the minaret ban," I asked.

I was sitting in the side room of a house, overlooking a flat plot somewhat larger than the trampoline outside. Beyond that trampoline, still visible in the evening light, rose the Swiss Alps. Across the table, Oskar Freysinger sat poised to address my query over some cups of espresso, speaking as a local leader of the Swiss People's Party.

Or perhaps I should say -- a local leader of the "extremist," "bigoted" and "xenophobic" Swiss People's Party. That's how this largest political party in tiny Switzerland is routinely discussed, or, rather, dismissed by elites, glitterati and other social deadweights.

Why? Because the Swiss People's Party is, with noticeable success, fighting to bring massive immigration, including Islamic immigration, under control in Switzerland before this rigidly neutral, quite independent, non-European Union country loses its uniquely Swiss character. (Hardly unimaginable given that 21.1 percent of Swiss residents are foreign.) This makes men like Freysinger a dire threat to the multicultural world order. Hence the very nasty, but meaningless names.

Now engaged in probably its greatest battle yet, the Swiss People's Party has just amassed more than the requisite 100,000 signatures on a petition to trigger a national referendum, in this controversial case, on whether Switzerland should ban minarets, the towers that often soar high enough over mosques to transform the skyline of any cathedral town in Europe. Out of 90 mosques in Switzerland, only two have minarets. Three more are now in political limbo.

"We have long reflected on this," said Freysinger, 48, a strongly built man whose intelligent face, long, dark pony tail and summer sandals confound the Tyrolean-capped, alpine stereotype. A high school teacher of German literature, he is bilingual in German and French, and plenty serviceable in both Italian and English, the latter being our interview lingo.

Discussing the "long progression" of Islam -- now 4.3 percent of Switzerland's mainly Christian population of 7.5 million -- into Swiss life, he explains that what concerns him is "not the (Islamic) religion, but the law," meaning Islamic law, or Sharia. And while there is religious freedom in Switzerland for new mosques, this same freedom does not extend to minarets, which he sees as political more than religious symbols. "Minarets are not necessary for the practice" of Islam, he explains.

Indeed, historically, the minaret has often served as a sign of Islamic political power. In our own era, it may be seen to symbolize the introduction of Islamic law into formerly non-Islamic societies.

"In that case," Freysinger continued, "we said: `OK. We'll attack the symbol. It's always about symbols because symbols have a big truth behind them. And so we attack this symbol of conquering Islam and we say: You are welcome in our country, but there is one law, and one constitution for every person in this country. And there is no special law for an Islamic girl, or an Islamic man. There is no Sharia. Nothing."

Given the premodern inequities of Sharia, the notion of one enlightened law and constitution for all should be a simple, desirable state of Western affairs. But no. As the West tilts Islamic to accommodate aspects of Sharia ranging from diet to sexual segregation to polygamous marriage to Sharia banking to censorship regarding Islam itself, Freysinger's point of view becomes, to appeasers, an increasingly controversial and dangerous one, reliably eliciting catcalls and worse from world media and political establishments. In their postmodern parlance, to be opposed to the totalitarian tenets of Sharia is be an "extremist." My only question is, How do you say, Ich bin ein extremist?

One litmus test I applied to the many politicians on the European Right I've recently interviewed concerned their views on Israel. As supposed "extremists," "fascists," even "neo-Nazis," what would they say?

I asked Freysinger where Israel fits into his worldview. "Our party has always defended Israel because we are well aware that if Israel disappears, we lose a vanguard," he replied. "They are fighting now our fight in fact; and as long as the Muslims are concentrated on Israel, it is not so hard for us. But as soon as Israel will have disappeared, well, they will come to get the other part."

I think by "the other part" he meant the rest of the West. In this outlook, Freysinger is by no means alone on the European Right: members of other such parties -- for example, Belgium's Vlaams Belang, the Danish People's Party and Holland's Freedom Party -- explained to me how they find in Israel's struggle against both Islamization and jihad common cause.

"The right-wing parties should join their forces to fight Islamization," Freysinger said. 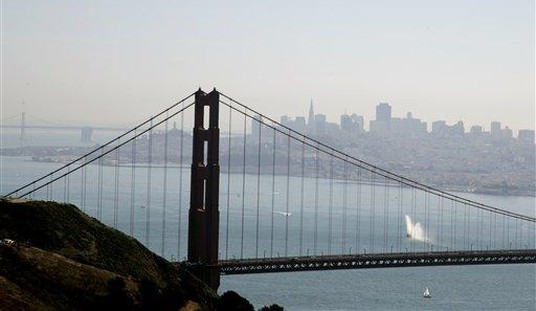