US Health Care: From Gold Rush to Highway Robbery

Devon Herrick
|
Posted: Jan 01, 2020 12:01 AM
Share   Tweet
The opinions expressed by columnists are their own and do not necessarily represent the views of Townhall.com. 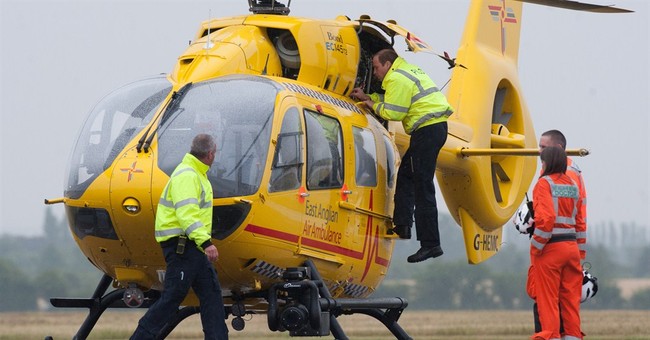 Medicine is probably the only area of our economy where corporations, private equity investors, venture capitalists and Wall Street tycoons don’t deliver value. Corporate medicine is big business, but it’s not Sam Walton trying to bring low-cost, high quality health care to a town near you. Private equity funds are targeting areas of medicine where they can gouge patients, extort insurers and loot employee health plans.

Free-market capitalism has repeatedly proven to provide consumers the most goods at the lowest prices. The benefit of capitalism is self-evident. Walmart, Dollar General and Amazon are great examples. Walmart brought low-cost goods to small towns all across America, areas other major retailers avoided. Dollar General locates stores in small towns and economically depressed areas formerly served only by overpriced convenience stores. Amazon grew from a crazy idea 25 years ago to a merchandizing behemoth that can deliver thousands of products to your door at low prices in 24 hours or less. Competition is what drove these benefits, not government planning. So why doesn’t the same occur in health care? Just to be clear, it’s not a bad economic system or even bad people; it’s due to bad incentives perpetuated by bad government regulations unique to health care. And it’s getting worse.

Consider this: In 2007 my father required emergency surgery his local, rural hospital could not provide. A twin-engine Beech Baron aircraft flew 200 miles to pick him up and transported him 200 miles back to a regional hospital, which had a thoracic surgeon on staff. The cost for the air ambulance to fly 400 miles round trip was less than $12,000 at that time. A couple years later the air ambulance firm was acquired by another, whose parent company was later acquired by the huge private equity firm, Kohlberg Kravis Roberts (KKR). Why would private equity firms want to own air ambulances? Probably because more than 500,000 Americans require an air ambulance each year and patients are in no position to shop or even ask the price.

In the past decade prices for air ambulance services have skyrocketed as private equity investors snapped up firms and jacked up prices. After a 4-wheeler ATV accident cut off the blood supply to his arm, a Texas radiologist was transported by air ambulance from Wichita Falls to Fort Worth. His bill for the 108 mile one-way trip was $56,603. The firm estimates its average cost per trip is about $10,000, but claims it charges much more to make up for low payments from Medicare and Medicaid. That’s a common excuse in health care for gouging privately insured patients. The truth is many firms charge high prices because they can.

Another example of private equity investing in health care is EmCare Holdings, a firm that staffs hospital emergency rooms (ERs). It contracts with 1,000 hospitals in 42 states. Another emergency room staffing firm owned by a private equity fund is TeamHealth. TeamHealth works with 16,000 emergency physicians and provides medical staffing to about 3,300 hospitals and other facilities in nearly every state.

Just because a hospital contracts with a given network doesn’t mean its emergency physicians do. Critics complain that private equity-owned emergency medical staffing agencies make a business model out of ambushing patients with unexpected medical bills after refusing to affiliate with provider networks. The mere threat of surprise medical bills is enough leverage to force health plans to negotiate fees far higher than what would occur in a free market. For those unclear on the concept, a free market is one where consumers can hire and fire service providers. As a result, in competitive markets service providers compete for consumers’ patronage on the basis of price, quality and other amenities. Does any of this sound like a hospital emergency room?

Another example of the growing influence of private equity firms taking over the medical industrial complex is U.S. Anesthesia Partners. It controls 400 anesthesiologists and performs about 250,000 procedures annually according to its website. The firm has acquired numerous smaller practices, creating enormous market power. In major Texas cities patients, insurers and health plans have little choice but to agree to fees many times what Medicare pays for the same service. For all practical purposes, patients cannot decline an anesthesiologist whose prices are too high.

What do all these investor-owned medical practices have in common? They provide services that patients are in no position to refuse or negotiate. This is abusive to patients, who should not be captive to fee disagreements between providers and their health plans. Neither should fee dispute resolution arbitrators be instructed to use the inflated, upper range of fictitious list prices (i.e. charges) rather than consider average fees paid in-network. Ideally, the party that hires (and fires) providers working inside hospitals (the hospital itself in most cases) should negotiate their fees and pay them. The fees should then be bundled into hospital prices like is done for nursing care.