Devon Herrick
|
Posted: Feb 24, 2019 12:01 AM
Share   Tweet
The opinions expressed by columnists are their own and do not necessarily represent the views of Townhall.com. 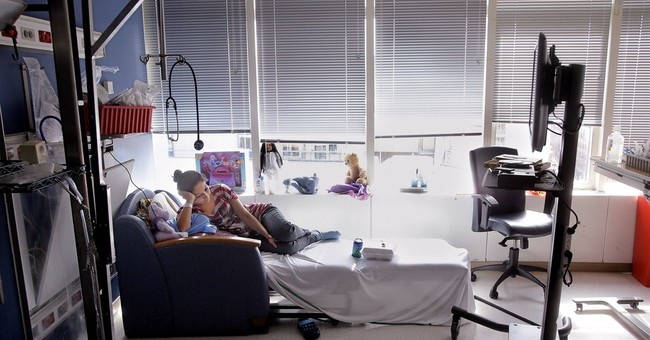 Surprise medical bills are a growing problem across the United States. Surprise bills result when patients unknowingly receive care from out-of-network physicians and therapists, or in hospitals, clinics, and labs that are not in the provider networks of a patient’s health plan. If an out-of-network provider charge fees higher than the usual & customary price reimbursed by their health plans, patients are required to pay the outstanding balance. The medical establishment refers to this practice as balance billing.

Even prudent consumers can no longer avoid surprise medical bills. Balance billing has become a strategy many doctors, clinics, hospitals, and labs use to boost revenue beyond what health plans (their actual customers) generally pay. Providers – doctors, hospitals, clinics, labs and so on – like to blame balance billing on stingy health insurance reimbursements. However, it is doubtful balance billing would go away even if insurers doubled the fees they pay. Why? Because patients themselves have proven to be a lucrative source of revenue.  I refer to the business model of intentionally shunning provider networks so they can balance bill excessive fees as ‘gotcha!’.

As Congress grapples with what to do about surprise medical bills, many states have already tackled the issue. If Members of Congress want to see what works and what could be improved, they should look at Texas. The Texas Legislature created consumer protections from surprise medical bills in 2009 and later expanded them in 2017. The program allows Texans to ask the Texas Department of Insurance (TDI) to mediate out-of-network bill disputes between providers and health plans. There are limitations, however. When the program was designed, only patients who went to in-network hospitals or clinics were eligible. There was a $1,000 threshold that patients had to meet before TDI would intervein, which was lowered to $500 in 2017. Initially, only surprise out-of-network bills from selected specialists were eligible for mediation. This was later expanded to many other physicians. Yet, TDI has little power to intervein if the health plan is not regulated by the state of Texas. Most large employer plans are regulated under the federal Employee Retirement Income Security Act of 1974 (ERISA). Assistance is also not available to help uninsured Texans gouged by rogue providers.

Texas’ surprise bill mediation program has proven too popular. Requests arising from surprise medical bills increased more than 100-fold during the past five years – growing to 4,519 in 2018. TDI is expecting a 78% increase in mediation requests in 2019, predicted to reach 8,000 by the end of the year. Although mediation helps, a solution besides mediation is needed. States – including Texas – need to identify solutions that discourage billing disputes in the first place.

There are numerous reasons why many doctors, hospitals and labs may not want to join provider networks. There is certainly nothing wrong with declining to join any given provider network. The problem is that patients are rarely warned prior to receiving care. Only later, after receiving care, do patients discover they owe substantial medical bills because they were treated by a provider who is out-of-network. Why are patients rarely warned about out-of-network fees prior to care? The likely answer is because the ‘gotcha!’ business model works best when patients are caught off guard and don’t know until it’s too late. If patients knew a provider was out-of-network, most would avoid those providers if they have a choice – especially if fees are excessive.

Consider this: a ‘gotcha!’ happened to a young Texas student in 2017 when her doctor sent a urine sample for a post-surgical drug test to a lab, not in her health plan’s network. Perhaps the lab was intentionally in no network because it charged fees well above what any health plan would pay. The lab arguably took advantage of the student by running multiple drug tests and billing the patient $17,430 when a simple opioid test should have cost no more than $100.

The solution to the growing problem of ‘gotcha’ medicine is to require greater transparency in physician, clinic and hospital bills for those charges to be collectible. In addition, providers should be required to make their network affiliations more transparent to patients. Although health care providers in competitive markets should be free to set their own charges, they should not be allowed to profit from gaming the system, subterfuge and intentionally keeping their network status and prices a secret until it’s too late.

In all other areas of our economy, a meeting of the minds(also known as mutual assent) is required to have an enforceable agreement under contract law. Duke University law professor, Barak Richman, believes the concept of mutual assent should also protect patients from excessive out-of-network fees. Mutual assent requires that providers disclose network status and estimated fees, evidenced by an agreement signed with their patient well in advance of care. Without mutual assent, excessive out-of-network fees should be uncollectible. Advance notice and fee disclosures would also likely result in lower fees and fewer surprises.

Devon M. Herrick, PhD is a health economist and public policy analyst. He is a former hospital accountant and was a senior fellow at the Dallas-based National Center for Policy Analysis for nearly 20 years.