Lifetime HSAs: The ‘Antisocial’ Health Reform that’s Good for You!

Devon Herrick
|
Posted: Feb 22, 2017 12:01 AM
Share   Tweet
The opinions expressed by columnists are their own and do not necessarily represent the views of Townhall.com. 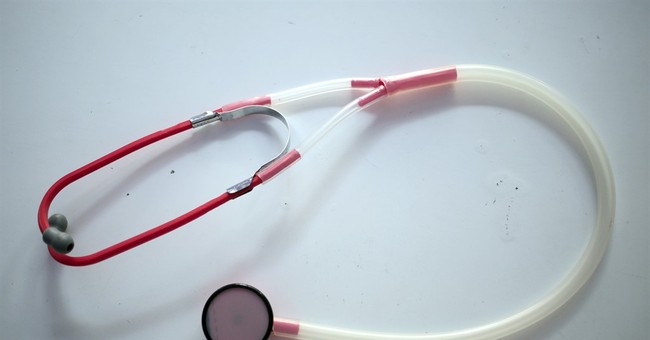 In an ideal world, people would save for retirement, have an emergency fund and save for future health care needs. A mandatory payroll tax dedicated to your health care would be the ideal way to fund your future medical needs. Singapore has such a system, called MediSave accounts. Liberals consider personal accounts to be antisocial, since money in one account cannot be diverted to someone else’s medical needs. However, a dose of antisocial selfishness would benefit our health care system.

Proponents of single-payer socialized medicine often talk about how a 10 percent payroll tax (on top of other taxes) could fund Medicaid for All. Although most experts do not consider 10 percent of payroll sufficient to finance socialized medicine, when individuals are saving while young allowing funds to accumulate for their own use, 10 percent sounds about right.

Under an individualized lifecycle theory of saving for future health care needs, most young peoples’ premium dollars would accrue in their HSAs. Only a small portion of their premiums would go for catastrophic insurance. Over time HSA balances would grow and the ratio of HSA deposits to insurance premiums would decline as one’s health risk increases with age. Most people are healthy when young, spending little year after year. The distribution of medical spending by age doesn’t register huge jumps until most people enter their 50s. For instance, health care spending per capita on the elderly is about five times that of children.

Health insurance makes it easier to finance costly medical interventions -- including those of little value. Having a reliable funding source also stimulates the development of medical technology. As technology increased, so did the cost of care. As care increased so did premiums. The average employer-sponsored health plan now costs $6,435 per individual and $18,142 for a family plan. Cost-sharing has also increased over the past few years as a means to slow the growth in premiums. From 2006 until 2015, average deductibles for employee coverage increased from $303 to $1,088. Ten years ago, only about 4 percent of those with employer coverage had high-deductible health plans; that figure is nearing one-third today (29 percenrt). About half of all workers now face deductibles of $1,000 or more. Deductibles of $3,000, $4,000, $5,000 or higher are not uncommon in the individual market. What this means is that Americans are increasingly forced to enroll in costly health plans that reimburse none of their medical bills.

The redistributive nature of modern-day health insurance is designed to maximize cross-subsidies from young to old; rich to poor; and healthy to sick. It has been illegal for decades to vary employee contributions based on health status in group coverage. In 2010 the Affordable Care Act (ACA) also banned underwriting -- basing premiums on individual health status -- in the individual market and discriminating against enrollees with pre-existing conditions. The ACA also did away with annual and lifetime limits on benefits. As a result, all health plans became an all-you-can-eat buffet.

Currently society relies on redistribution of most of your premiums to care for people whose health is more precarious than yours. Care for the sickest 1 percent consumes nearly one-quarter of health care resources. The sickest 5 percent of patients who consume half of all health care dollars, while care for the sickest 10 percent consumes two-thirds of medical expenditures. Could some of that be redirected to prevention? Probably!

What if you were in control of your Medical IRA (i.e. Lifetime HSA) and you were only required to pay your actuarial risk on a multi-year individual medical health plan? What if instead of cross-subsidizing others who are older and sicker than you, you instead only cross-subsidize yourself when you are older. In this regard you would set aside funds while young you could draw on when older and sicker and needing the cross-subsidy from your (formerly) younger self. You would probably work closer with doctor and insurer to decide on your treatments -- since you may have a lifetime limit on benefits. Would you take an $89,000 drug that barely outperforms another old drug costing $50? Probably not. Suffice it to say our health care system would be in a lot better shape if individuals took more control and were rewarded for their efforts.

Devon M. Herrick, PhD is a health economist and senior fellow with the National Center for Policy Analysis.