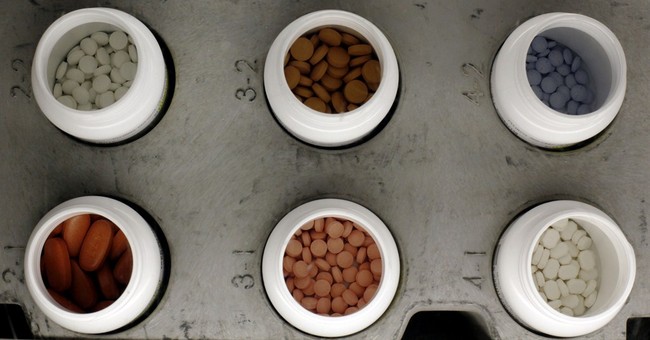 The new Congress is expected to consider legislation to repeal some of the taxes imposed by the Affordable Care Act (ACA). The tax on over-the-counter (OTC), nonprescription drugs is one they should consider repealing. Depending on your health plan and location, the tax on OTC medications essentially doubles the cost of these drugs.

Drugs are a bargain — often substituting for more expensive surgery or hospitalization. Consider this: About half of our $3 trillion annual health care is spent on hospitals and physicians. By contrast, prescription drug therapy accounts for only about 10 percent of medical spending.

Lost in the health care debate is another type of drug therapy that costs consumers even less than prescription drug therapy and produces benefits that far exceed its cost. Nearly 80 percent of the time when Americans have a health ailment, they first reach for a nonprescription drug. Yet OTC drugs are an incredible bargain — comprising only about 1 percent of health care spending.

Nonprescription drugs could be even cheaper. Unfortunately, the ACA made nonprescription drugs ineligible for reimbursement through health reimbursement arrangements (HRAs), flexible spending accounts (FSAs) or health savings accounts (HSAs). These tax-advantaged accounts significantly lower the cost of prescription medications by allowing account-holders to purchase drugs with pretax dollars. The so-called “Medicine Cabinet Tax” can hike up the prices of OTC drugs by more than 40 percent for many consumers.Moreover, the resulting tax revenue — averaging only about $400 million per year — is hardly enough to justify the tax.

It gets worse: only a handful of states exempt OTC drugs from state and local sales taxes. A back-of-the-envelope calculation suggests that sales taxes on OTC drugs cost Americans nearly $2 billion each year. By contrast, almost all states that tax OTC drugs do not tax prescription drugs similarly. The sales tax revenue raised by taxing OTC drugs is a drop in the bucket compared to the value to society of encouraging greater use of nonprescription drugs.

Americans collectively see their doctors more than a billion times each year — about half of their visits are to see a primary care physician. While most physician visits are valuable, some are unnecessary. One survey of primary care physicians estimated at least 10 percent of office visits were for conditions that could have been treated at home. Eliminating office visits for conditions that don’t require a physician’s care is the primary way nonprescription medications save money and avoid inconvenience. One study estimated that not having to schedule physician visits saved consumers nearly $5 for every $1 spent on a nonprescription drug. Additionally, OTC drug products are available in numerous package sizes; many OTC drugs are $10 or less and will last for months. By contrast, the average price for a name-brand prescription was $268 in 2011, compared to only $33 for a prescription filled with a generic drug.

When Americans think about medical care, they tend to think of doctors, hospitals and clinics — not about their medicine cabinets. But taking a nonprescription drug is the most common way the majority of Americans encounter the health care system in a given year. For most medical conditions, people self-diagnose at the outset and treat their symptoms with OTC drug remedies. Americans visit a store or pharmacy to purchase OTC drugs eight times more frequently than they make a trip to their doctor. Whereas prescription drugs are only available at 54,000 pharmacies across the nation, an additional 700,000 (nonpharmacy) retail outlets sell OTC drugs.

All told, 110 prescription drugs, including specific-strength doses of some drugs, have been switched to over-the-counter status since 1975.People who don’t know the history of U.S. drug regulation probably assume prescription drugs have been around as long as we have had doctors. That is not the case. Prior to the Durham-Humphrey Amendment of 1951, the class of drugs known as “prescription” drugs did not exist. Patients relied on both physicians and drugstores to advise them on the appropriate drugs to purchase, and physicians sold drugs directly to patients.

Considering the immense benefits of convenient access to nonprescription drugs, it makes little sense to erect barriers to their use. The Food and Drug Administration should move faster to approve drug makers’ applications to switch appropriate drugs from prescription-only to over-the-counter. Furthermore, Congress and the states should repeal taxes on nonprescription drugs. The benefits (and cost-savings to the health care system) will far exceed the foregone revenue.