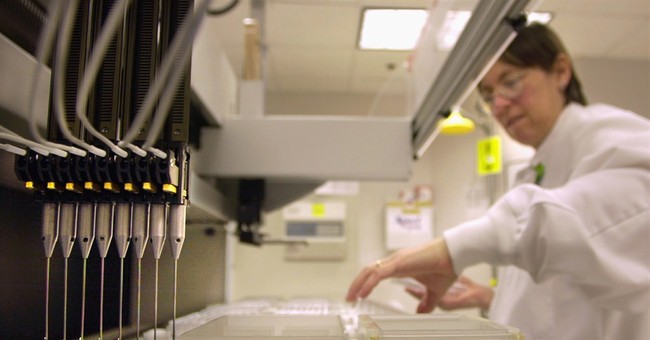 Copyrights are intended to encourage creative works through the mechanism of a statutorily created limited property right. Under both economic and legal analysis, they are recognized as a form of government-granted monopoly.

"The limited scope of the copyright holder's statutory monopoly ... reflects a balance of competing claims upon the public interest: Creative work is to be encouraged and rewarded, but private motivation must ultimately serve the cause of promoting broad public availability of literature, music, and the other arts. The immediate effect of our copyright law is to secure a fair return for an ‘author's' creative labor. But the ultimate aim is, by this incentive, to stimulate artistic creativity for the general public good." (Twentieth Century Music Corp. v. Aiken)

Economic efficiency and constitutional law both suggest copyrights should solve potential market failures. In examining how long the specific terms for copyright and patent should be, Milton Friedman deemed the subject a matter of "expediency" to be determined by "practical considerations." Friedrich Hayek, among the most forceful defenders of the importance of property rights, distinguished copyright from traditional property rights and identified a number of problems with modern copyright that he said called for "drastic reforms."

The conservative movement, which largely has supported originalist methods of interpreting the Constitution, traditionally has been in favor of copyright reform, with proposals usually including shorter copyright terms. See, for example, the work of Phyllis Schlafly with the Eagle Forum: "Congress seems intent on changing all our intellectual property laws to benefit big corporations.”

"Limited time" is not only a constitutional requirement, it is an excellent rule. There is no good reason for the remote descendants of James Madison, Julia Ward Howe, or Thomas Nast to receive royalties on the Federalist Papers, the Battle Hymn of the Republic, or Santa Claus. . ."

Historically, copyright terms have been quite short. As required by Article 1, Section 8, Clause 8 of the U.S. Constitution, copyright can only be granted for "limited times." Evidence from the Founding Era suggests this limited duration was central to the original public meaning of the instrument, as evident in this definition from an 1803 British legal dictionary:

COPY-RIGHT [sic], the exclusive right of printing and publishing copies of any literary performance, for a limited time.

James Madison and other founders referred to copyrights and patents as forms of government-granted “monopoly” and noted that the Constitution had "limited them [monopolies] to two cases, the authors of Books, and of useful inventions."While highly skeptical of all such monopolies, Madison argued that these two specific monopolies were justified because they provided an actual community "benefit" and because these monopolies are required to be "temporary." Madison concluded, consistent with British historical and legal tradition, that "under that limitation, a sufficient [recompense] and encouragement may be given," but reiterated that "perpetual monopolies of every sort, are forbidden."

But extremely importantly, Madison ominously warned that all monopolies, including copyright, must be "guarded with strictness [against] abuse." In fact, the founders had historical experience of abuses by those with close connections to the king and knew that grants of monopoly were dangerous if left unrestrained.

The restriction that copyright and patent terms be for "limited times" is textually unique within the Constitution, but it is not the only aspect of the Copyright Clause that is unique. Article 1 Section 8 enumerates the specific powers granted to Congress, but for only one of those powers did the framers specify a purpose. For the Copyright Clause, the founders elaborated that the clause's specific purpose is "to promote the progress of science and useful arts." The specific inclusion of a stated purpose for the Copyright and Patent Clause makes it particularly unique within the framework of the Constitution. Our Constitution is the shortest constitution in the world at 4400 words, but the section on Congressional powers devotes 27 words of the section’s 431 words just to the topic of patents and copyright.

Despite the Founders going out of their way to protect against abuse, and as with other enumerated powers of the federal government, Congress has expanded copyright far beyond what was originally intended. The Founders copyright was for 14 years, today copyright is for life of the author plus 70 years -- practically an infinite period of copyright. Further, copyright is regularly elongated so life plus 70 will likely soon become life plus 100.

Just as Congress frequently neglects to abide the Origination Clause and the Commerce Clause, it likewise has ignored the Copyright Clause's requirement that these monopoly instruments be granted only for "limited times." Contributing greatly to this distortion has been the influence of a persistent army of special interest lobbyists, usually representing media companies, rather than the interests of creators and the general public.

In order to restore the original public meaning of copyright, copyright’s term must be shortened. We must reconsider existing international treaties on copyright and not sign any treaty that either would lock in existing terms or extend terms even longer (such as the Trans Pacific Partnership Treaty). Finally, copyright terms must not be extended to "life+100" when the next copyright extension bill is expected to come up in 2018.