That Was The Best Hearing Democrats Had To Offer?

Derek Hunter
|
Posted: Jun 12, 2022 12:01 AM
Share   Tweet
The opinions expressed by columnists are their own and do not necessarily represent the views of Townhall.com. 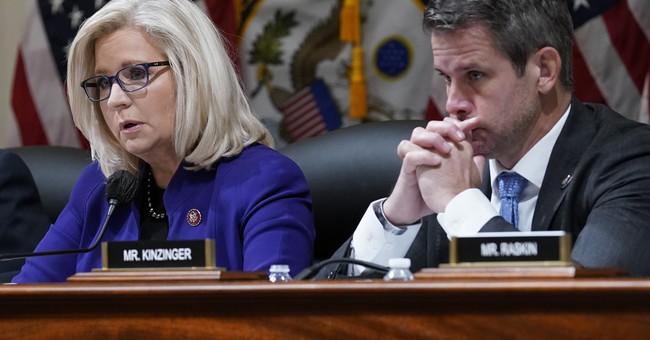 I watched that joke of a “hearing” on Thursday, the one about January 6th and the “threat to democracy” created by angry people with no focus or objective, some of whom chanted mean things. Needless to say, I was unmoved. Only 2 members spoke, Chair Bennie Thompson and Liz Cheney, and neither of them really “spoke” at all, they read. Their eyes were glued to the teleprompter the way someone who can’t swim is glued to a raft in the deep end of a pool. There is more convicing line delivery in a 1970s porn movie than those 2 gave Thursday night.

The 2 hour, minus a 10 minute “Here’s you chance to spin for us, media” break in the middle, made for TV event was not a real hearing, nor was it much of an event. You’d think with the former president of ABC News running the show it would’ve felt like a movie of the week, but it was more like a public access zoning board meeting.

I’d never heard of Bennie Thompson before Nancy Pelosi anointed him chairman, and Liz Cheney has always had a grating voice to my ears. That being said, these people did get elected, which means they’ve talked with actual human beings and convinced a majority of them to cast their votes for them over someone else. What must’ve been the alternative to lose to these people? A serial killer? Someone literally standing mute while pour melted ice cream all over themselves before rolling around in granola and broken glass? Honestly, how bad must the alternative have been that these lumps of human flesh were the more compelling option?

The rest of the committee just sat there, happily playing props. I stepped out of the room briefly a few times, so if someone else spoke I missed it. All I saw was them sitting there like extras on a bad movie set instructed to not make a sound, lest they have to be paid the union minimum for delivering a line rather than the pittance for being a mannequin. If they weren’t such awful people I would’ve felt bad for them.

Jamie Raskin (D-MD) was there. There’s something creepy about this guy. His hair always looks like he just stepped out of a shower, all wet and gross. His first act as a Member of Congress in 2017 was to move to block the certification of the vote of the Electoral College. True story, look it up. He did exactly what Democrats declare to be “an attempted coup” and there he is, in all his glistening glory, embarrassing his state, his district, and his family from that moment till now.

Adam Schiff (D-CA) was there. He didn’t speak, just sat there smirking like a guy who hid a camera in the ladies room and was watching a live feed on his phone. You’d think it would kill someone with Schiff’s ego to sit there quietly and pretend to care, but he’d already spoken to every reporter in the room multiple times. The notorious leaker has been a source for CNN, MSNBC, and the rest of the gang for the last 5 years. His information has been wrong – which is to say he’s been lying to them because if you knowingly say something that is untrue it’s not a mistake or gaffe, it is a lie –but his information is what leftists wish was true, so he gets a pass. His job is to give professional cover to Democrats in the media to “report” what they wish they could simply say but the last vestiges of professionalism in journalism still won’t let them put in their own voice…at least not yet.

Adam Kinzinger (R-IL) looked stoned as he usually does, but at least didn’t cry this time (or at least wasn’t caught on camera crying this time). He should’ve sat there in a glass box that read, “In case of no Liz Cheney, break glass.” That this understudy was there is about all you can say about his entire Congressional career. He will be missed…by someone…probably.

As for the rest of this clown car, who cares? Not a single one of them stood out or mattered. The only thing they brought to the table was the ability to sit still for 2 hours without falling asleep. It’s harder than you think, especially when you know your existence does not matter. They must’ve loaded up on coffee or blow before going out there. What Hunter Biden seen in the Capitol that night?

The “witnesses” did not matter either. Who were they? A couple of cops who claim to be haunted by that day. Sorry, it was a bad day but the only person who died was Ashli Babbitt. Think of that what you will, but none of the police chosen by Democrats was losing any sleep over it. As much as the left ties and lies about “police dying that day,” none did. Brian Sicknick died of natural causes the next day. The 2 other officers they blame on that day committed suicide weeks later for reasons known to them, not a fight at their day jobs.

The whole thing was even more pathetic than I expect it to be, and I expected it to be pretty damn pathetic. If that was the best case or “opening argument” they could make when they have all the time in the world, unlimited resources, absolutely zero dissent on the committee, and no cross examination of anyone or anything I almost feel badly for them. If they weren’t such horrible people I would. But they are, so they can go to hell.