The Long Knives Are Out for Sinema

Derek Hunter
|
Posted: Jan 24, 2022 12:01 AM
Share   Tweet
The opinions expressed by columnists are their own and do not necessarily represent the views of Townhall.com. 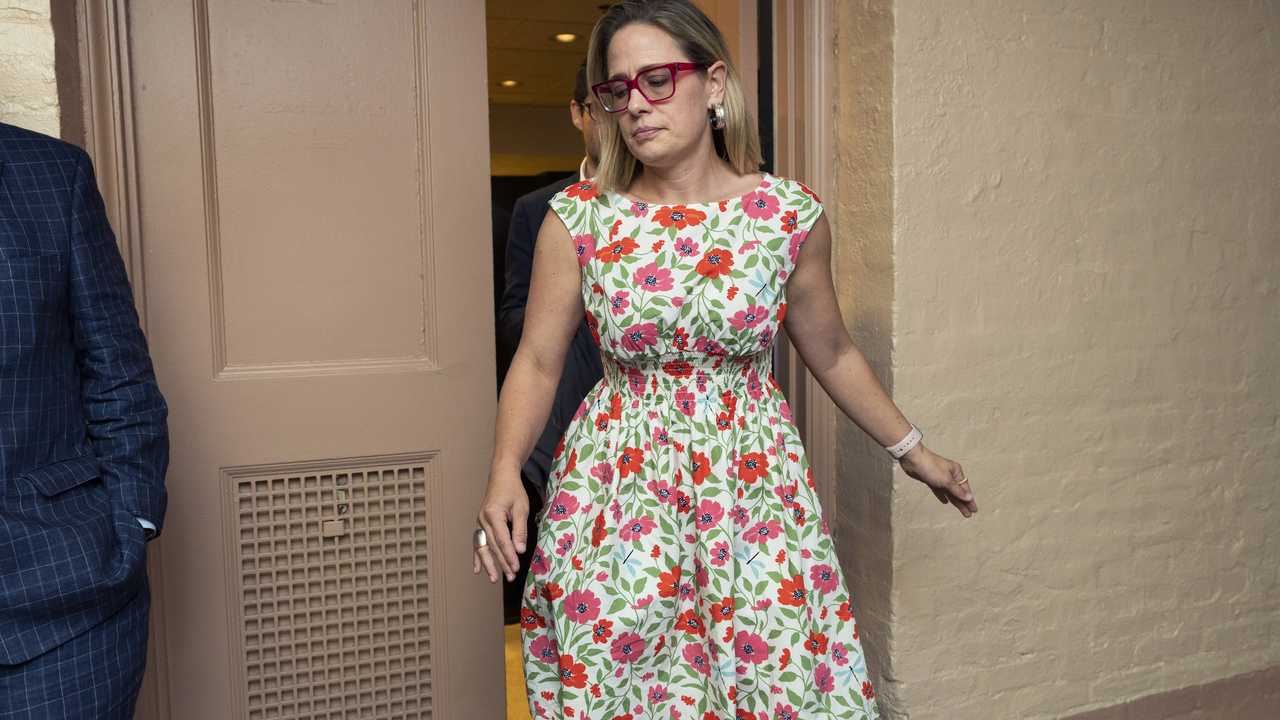 I don’t say this often about anyone, either in politics or media, because I know too many of them and a great many of them are phonies playing a role for the camera, but Arizona Senator Kyrsten Sinema is actually a hero to be admired. She put country above party, even above what she personally supports, and that’s far too rare. Naturally, this means the Democrat is under attack by the left because they do not accept the concept of anything above party.

From the sender name “temper tantrum,” the left-wing group Stop Republicans claimed “Kyrsten Sinema exploded after she saw THIS…” in the subject line.

What is it that has set off Senator Sinema on the temper tantrum, what upset her so? Nothing. Literally nothing. Nothing real, at least.

It opens, “FIRST: Kyrsten Sinema PROVED she’s not a Democrat. THEN: We launched a campaign to expand our Senate Majority so President Biden can IGNORE Sinema and still pass laws. NOW: Sinema knows this will ruin her power. She’s having a tantrum!  If we can get 50,000 donations by the weekend, we can expand our Majority. Can you donate?”

Then comes the “donate” button that reads, “DONATE $5 TO EXPAND BIDEN’S MAJORITY AND RENDER SINEMA POWERLESS.” The weird thing is, I didn’t notice any Senate elections happening in the near future. November, sure, but until then, when Republicans have a real chance to retake the upper chamber, Senator Sinema will retain her power.

As a matter of fact, each individual Senator has significant power, unlike in the House of Representatives. “Stop Republicans” is betting on their donors being too dumb to know that, which is a pretty safe bet.

“Kyrsten Sinema is standing in the way of abolishing the filibuster.  She’s literally stealing the reins of the Senate from Democrats and handing them to McConnell!” the email continues. “If we want to pass Democratic laws, we need more REAL Democrats. Luckily, we have a plan to elect them!  When Stop Republicans’ campaigns are fully funded, they boost Democratic turnout by 10.4%...   … Enough to expand our Majority and STRIP Sinema of her power. But we need you to join us with just $5 to fund our campaigns.”

Never before has so much ridden on just $5.

Curiously, the day before the vote in the Senate, the very same group sent out a fundraising pitch claiming they needed signatures on their petition, and donations afterwards (naturally), to get Sinema to vote to abolish the filibuster.

“We’re furious. We’re going to slam her office with a huge open letter to demand she stand with her fellow Democrats and ABOLISH the Filibuster!” they screamed. “We’re sending this letter to her office before 6 P.M. TODAY, so make your voice heard and sign NOW.”

What did this “letter” say? “Dear Senator Kyrsten Sinema, The American people have spoken: They want you to do your job and END the Filibuster. Your vote will make or break this bill in the Senate.  So I’m begging you to vote ‘YES’ to… ABOLISHING the Filibuster PASSING important bills like the John Lewis Voting Rights Act ELIMINATING Republican’s attempt at voter suppression PROTECTING our right to vote Senator, the Filibuster was used OVER 150 times last year. I refuse to stand by while you give Mitch McConnell unlimited veto power over President Biden’s agenda. Don’t betray your fellow Democrats. That’s why I’m signing this letter and telling you: You MUST end the Filibuster and support voting rights! Don’t be on the wrong side of history, Senator Sinema.”

Surprisingly, such a poorly written “letter” didn’t have the desired impact.

At the bottom of the email it hilariously read, “** Negotiations are happening NOW, so please sign TODAY. **”

There were no “negotiations,” Sinema was unambiguous as to how she was going to vote and always has been. Chuck Schumer only held that show vote to excite his radical base, hoping they would continue to harass Sinema and West Virginia Senator Joe Manchin, maybe even upping their game and getting physical.

Democrats always complain about Republican rhetoric being “violent,” when it’s just words. Leftists commit violence, or walk right up to the edge of it. Senator Sinema can’t go anywhere, even the bathroom, without some leftist nuts threatening her and not a single Democrat has condemned it. Joe Biden even called it no big deal, a normal part of the job.

For standing up to that, Sinema is a great example of someone putting principle over even their own interest. She’s as left as they come on most issues, but her willingness to put the stability of the country first makes for admirable to everyone and, sadly, far too rare in politics today.