Why Are Democrats Still Obsessed with the Post Office?

Derek Hunter
|
Posted: Jul 19, 2021 12:01 AM
Share   Tweet
The opinions expressed by columnists are their own and do not necessarily represent the views of Townhall.com. 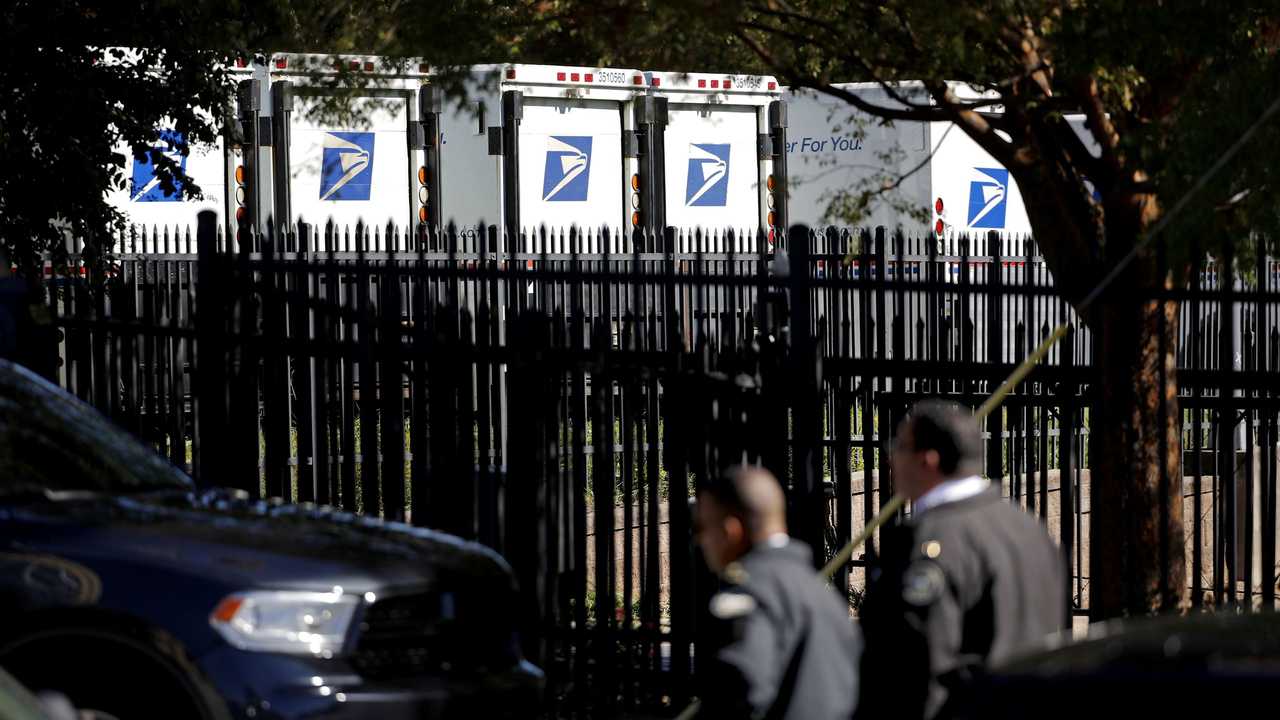 During the election, it made sense for Democrats to whine and complain about the Post Office being overwhelmed in the lead up to the election.Mail-in balloting was their “ace in the hole,” and they planned on using and abusing the postal service to their full advantage. But ever since the election, they’ve continued their weird obsession with it and their hatred of the Postmaster General. It’s rather bizarre, and a clear indication that they will never stop with their push for universal mail-in voting.

In the last month, from various left-wing organizations, I’ve received nine fundraising emails regarding the Post Office. One, from a group called “Stop Republicans” (the old Soviet Union wasn’t known for its originality either), sent an email calling me one of their “most dedicated supporters,” even though I’ve never so much as clicked on a link of theirs, let alone donated money.

Still, honesty is not the policy among leftists, it’s about cash. “The Postal Service has been under attack for years, but now we have a real chance to make a difference. Remember, Derek, a functioning Postal Service is critical to vote-by-mail and voting rights all over the country. So we can’t rest until we know your local Post Office is safe,” the email reads. Is the post office “unsafe” somehow? Did I miss a memo?

These emails no longer even bother to explain what the “threat” to the Post Office is, it’s now just a matter of fact and faith that it is somehow under attack by Republicans and the Postmaster General, Louis DeJoy.

If that name doesn’t sound familiar it’s because you have no reason whatsoever to know the name of the Postmaster General. But to read emails from leftists, DeJoy is the most dangerous man in America, and perhaps in the history of America.

The National Democratic Training Committee (NDTC) send out an email this month with the subject line, “Postmaster Louis DeJoy FIRED!?” He hasn’t been, but they desperately want him to be.

They weren’t done, the email continued, “In the most consequential election of our lifetimes, Trump-crony Louis DeJoy IGNORED a judge’s ruling to send out undelivered ballots on election night.  He tried to help Trump win re-election. It’s totally ILLEGAL -- He and his enablers must be PUNISHED!!  We’re demanding Joe Biden FIRE Postmaster General Louis DeJoy and the Post Office Board of Governors for greenlighting this SCAM.”

They then ask people to “sign” a petition that is meaningless because to “sign” it leads to a donation page. It’s all about what it’s always been all about: money.

The NDTC was back with another panicked appeal for money, this time invoking the name of liberal saint Stacey Abrams in a way that would only work if someone had recently suffered a closed head injury.

“Democrats TOLD you the U.S.P.S. is under attack by Trump-appointed Louis DeJoy.  But STILL, almost NO local Post Office-loving Democrats donated. WHY?! So Stacey Abrams UNLEASHED a final call to action,” the email starts. And what is this “call to action”? There is a gif of Abrams saying God knows what, but the quote next to it reads, “The postal service is a lifeline for communities nationwide…we have to protect USPS.” Seriously, that’s it.

This “quote,” by the way, was billed in the subject line at “Stacey Abrams’ final call to action (about the U.S.P.S.),” hilariously. Of course, the name of Abrams is too valuable a marketing tool to stop using on other issues, but this is the last time they’ll use it for the Post Office…till next time.

My favorite scam by the NDTC is the email I got on June 26th. The subject line reads, “Rachel Maddow just reported: Post Office shutting down!?!” In it, these scammers quote a tweet from Maddow reading, “Denver orders closure of USPS facility that handles all mail for Colorado and Wyoming.” The email then goes on to say, “It’s happening -- the U.S.P.S. is SHUTTING DOWN!  So we're launching an EMERGENCY petition to DEMAND Congress fund the Post Office before it’s too late.”

The only problem is the tweet from Maddow as from May 22, 2020, more than a year ago, and the story was about a COVID outbreak in that facility, not a plot by Republicans to obstruct mail-in balloting, which wasn’t even being discussed at the time.

With Democrats and their organizations, it’s always about your money and their power. Truth has no role in what they say. That screeching about the Post Office is seen as a way to get into the pockets of suckers who support them is as much a testament to how dumb they view their base being as it is an indication of just how dumb their base really is. Sad, really, all the way around.