Derek Hunter
|
Posted: Jun 14, 2021 12:01 AM
Share   Tweet
The opinions expressed by columnists are their own and do not necessarily represent the views of Townhall.com. 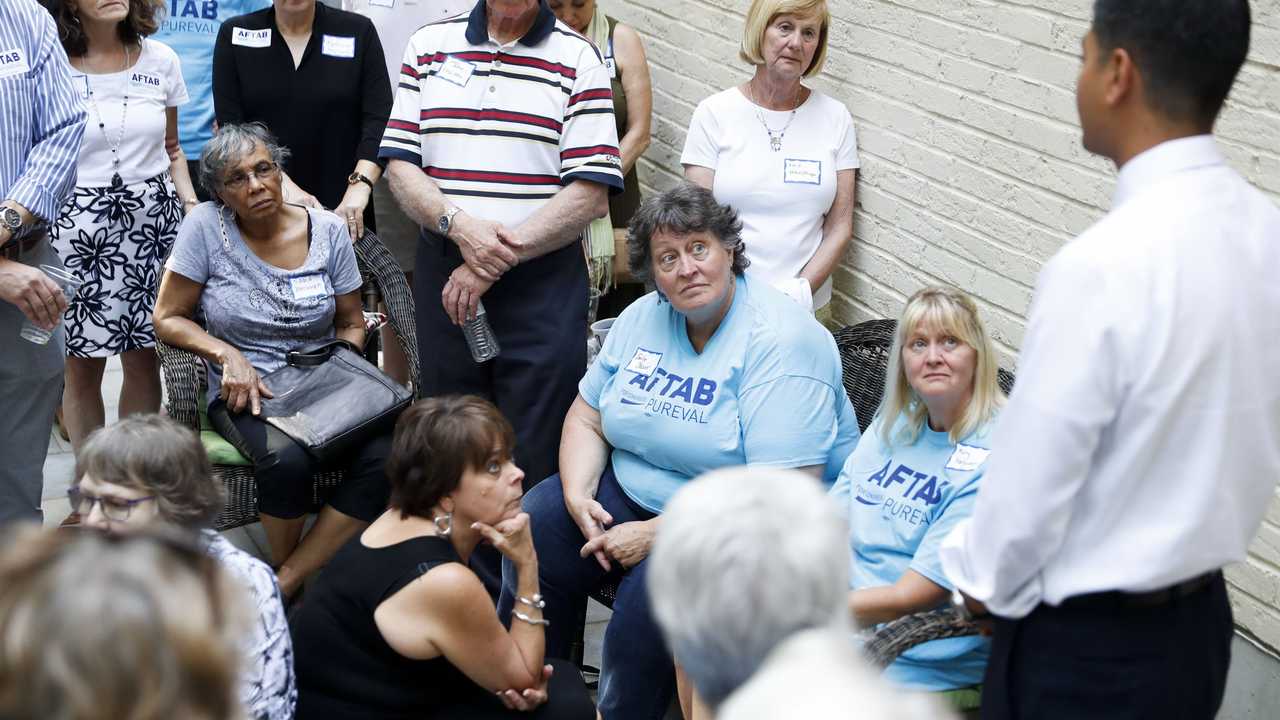 In the movie The Terminator, the man sent from the future to protect Sarah Connor, Kyle Reese, tries to explain to the heroine what they’re up against with the futuristic killing machine. “Listen,” Reese demands, “and understand. That terminator is out there, it can’t be bargained with, it can’t be reasoned with, it doesn't feel pity or remorse or fear, and it absolutely will not stop... EVER, until you are dead!” In many ways, this encapsulates exactly what liberal Democrats are like, especially when it comes to getting their hands on other people’s money.

Yes, they are Terminator-like in their policy pursuits – they’ve been working toward socialized medicine for 60 years, willing only inches at a time but never slowing down, even in the face of the clear will of the American people being against them. But when it comes to fundraising, they hold nothing back; no lie is too big or insane conspiracy too ridiculous. If it will add a buck to their bank accounts they will do it.

To raise the billions they seek, fear and anger are the best motivators. I get a lot of fundraising emails from liberal groups and candidates and I can’t remember the last one that remotely even attempted to use anything close to hope or tried to inspire a campaign contribution based on a vision for the future. It’s all “Republicans are awful and evil! Give me money to stop them.” That it works is a testament to just how well-trained Democrat donors are.

But to effectively motivate by fear and hate people need something to be afraid of and despise, generic “Republicans” only go so far. Making it personal is where the money can be found.

Whatever Democrats are using at any given moment can be tracked in media coverage; they are hand-in-glove, after all.  It was Congresswoman Marjorie Taylor Green for a while, it was Congresswoman Lauren Boebert for a minute, various pieces of legislation, and always former President Donald Trump.

The flavor of the month at the moment is the “January 6th Commission.” Democrats are desperate to get that going so they can fundraise off of it all year.

Exactly what kind of investigation is required into what is probably the most filmed event in history is unknown. With the media everywhere, half the participants live streaming it, and every square inch of the Capitol being covered by surveillance cameras, nothing was not seen and recorded by something. But how do Democrats fundraise off that?

The left-wing group “Stop Republicans” then asks for recipients to sign their petition to “support Democrats’ investigation.” How signing an online petition is supposed to help Democrats do what there is literally nothing stopping them from doing is never explained, nor does it have to be. Liberals are conditioned to believe Republicans are evil, and fighting evil requires no justification beyond itself. That they hit people up for cash when it comes time to submit their “signature” is just a coincidence, I’m sure, especially since you can’t submit your all-important signature they so desperately need without including a donation.

Another left-wing group, the National Democratic Training Committee, is running a similar “petition” fundraising drive. Their subject line is, “Trump MUST pay the price.” What price? The $1.5 million in damages that occurred on January 6th. Maybe Democrats should have to pony up for the $1 billion in damages BLM-ANTIFA inflicted during their year of riots? There’s a hell of a lot more evidence of their embrace of that violence than anything Trump said.

Again, their “very important petition” requires a donation to them to “sign” it.

I don’t know who this stuff works on, but it’s pretty clear they’re probably impossible to reach. If someone believes giving money to a liberal group while adding your name to a list will make anything happen, they can’t be reasoned with.

That’s because much of the left is exactly like a Terminator – programmed to act without thought and to obey without question. As long as people like that have money there will be groups lining up to take it from them. And as soon as one scam ends, another boondoggle will be created right behind it. There’s a sucker emailed every minute.