Derek Hunter
|
Posted: Mar 02, 2021 12:01 AM
Share   Tweet
The opinions expressed by columnists are their own and do not necessarily represent the views of Townhall.com. 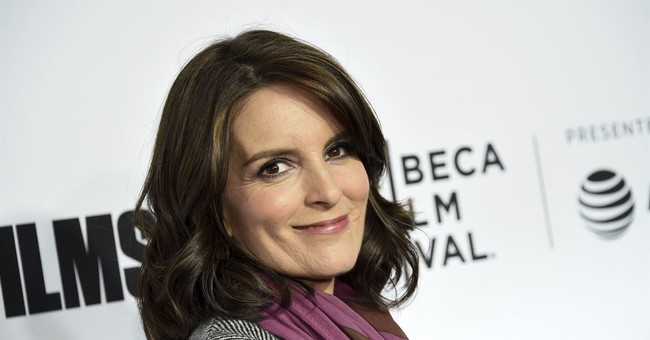 I just put myself through something I don’t recommend to anyone: I watched the Golden Globes. I don’t recommend it, especially if you’re prone to eye rolling or vomiting which have been known to be exacerbated by prolonged exposure to self-righteous Hollywood leftists, but I am a trained professional so, with Visine and a bucket at the ready, I was able to survive it to tell my tale. And the only takeaway from the night is the fact that liberals are awful people who hate themselves, each other, and the country.

Right from the start it was clear this was going to be awful. Tina Fey and Amy Poehler hosted together, because neither seems capable of doing anything on their own. You’d think having two hosts, both of whom are billed as the funniest women in the business, would make for some comedy. If you thought that, you would be wrong.

They aren’t good, either as hosts or performers. As performers, they make the cast of the Twilight movies seem like they have range (seriously, watch anything they’ve done and they both play the same characters every single time). As hosts, they simply aren’t funny. The entertainment press insists they are, and they sometimes were on Saturday Night Live, but they’ve gone their whole careers milking that time and their genders. If they weren’t outspoken liberals and women, they’d be holding reunions with Melanie Hutsell, Victoria Jackson, and all the other forgettable people who stunk up that show over the years.

But the hosts, while awful, weren’t the worst part of the ceremony.

In their opening monologue, Fey and Poehler “ripped” the Hollywood Foreign Press Association (HFPA) for its “lack of diversity.” Apparently, there are no black members of the 90ish HFPA. No one cares, and no one would have known had it not been a recurring theme throughout the 3-hour Zoom call from hell. It got more mentions than publicists were thanked.

Even the suits from the HFPA, who are always dragged out on stage to give the “this is who we are” spiel, self-flagellated about their “lack of diversity, even though they are all ethnic minorities themselves.

Why doesn’t the HFPA have any black members? Who knows and who cares? I watched three members of it on TV a couple of hours ago and I already couldn’t tell you anything about them, and it doesn’t matter. Maybe no black foreign press writers covering entertainment wanted to join? Maybe all the members of the HFPA are horrible racists. Whatever it is, if it’s something they want to change, they can just change it. The audience doesn’t need to be a part of the HFPA’s administrative work.

Yet, winner after winner made crack after crack about this. None refused their award from this horribly racist organization and eventually thanked them. If they really cared, would they have done this?

When not attacking the organization giving them awards and adding zeroes to their future paychecks (Golden Globe Award-Winning such and such is good for mattering for at least three movies, just being nominated can be billed for one or two), they were spewing typical left-wing talking points about unfairness and how awful various Republicans are.

Some of this could be forgiven if it were at least entertaining or funny, but it wasn’t. Sacha Baron Cohen, who can be funny, simply wasn’t as he took swipes at the right and the country. Rosamund Pike, another Britt, joined in. As did noted crack addict Aaron Sorkin, and many more. Jane Fonda and Norman Lear, who have spent their careers attacking conservatives and the country, were given lifetime achievement awards.

If these people believe the HFPA is so racist, and that Hollywood itself doesn’t give enough “representation” to various groups of people, why aren’t any of them giving up their jobs so a member of the oppressed group they seem to favor can have it? More broadly, why is Hollywood so racist?

Hollywood elites love to lecture about a lack of diversity in their industry, but who runs that industry? Who holds all the power in that industry? Liberals do. The fastest way to ruin your career is to not conform with anything the progressive movement demands. If they want to make more movies with black stars, they are the people who make all the movies! They could do it, they could change it. They don’t. Tells you something, doesn’t it?

Every awards season we get virtue-signaling speeches from people unwilling to do anything about an issue only they can address. They don’t because they don’t mean it.

When Harvey Weinstein was publicly exposed as what everyone in Hollywood knew him to be, we were inundated with “this is a societal problem” statements from the enablers. Well, it’s not a societal problem – people outside of Hollywood didn’t know (for sure) what monsters moviemakers were. People in the rest of the country don’t routinely play grab-ass in their office or use their positions for sexual favors. Nor do they discriminate about race or simply pay lip service to despising bigotry in all its forms. That’s the domain of the coastal liberal elite, almost exclusively.

Sunday’s Golden Globes were only the latest example of this, the left has made virtue-signaling their new favorite pastime, smearing the country and their fellow Americans to distract from their own hypocritical behavior. These liberal Hollywood elites truly do hate America. Return the favor.