Derek Hunter
|
Posted: Feb 01, 2021 12:01 AM
Share   Tweet
The opinions expressed by columnists are their own and do not necessarily represent the views of Townhall.com. 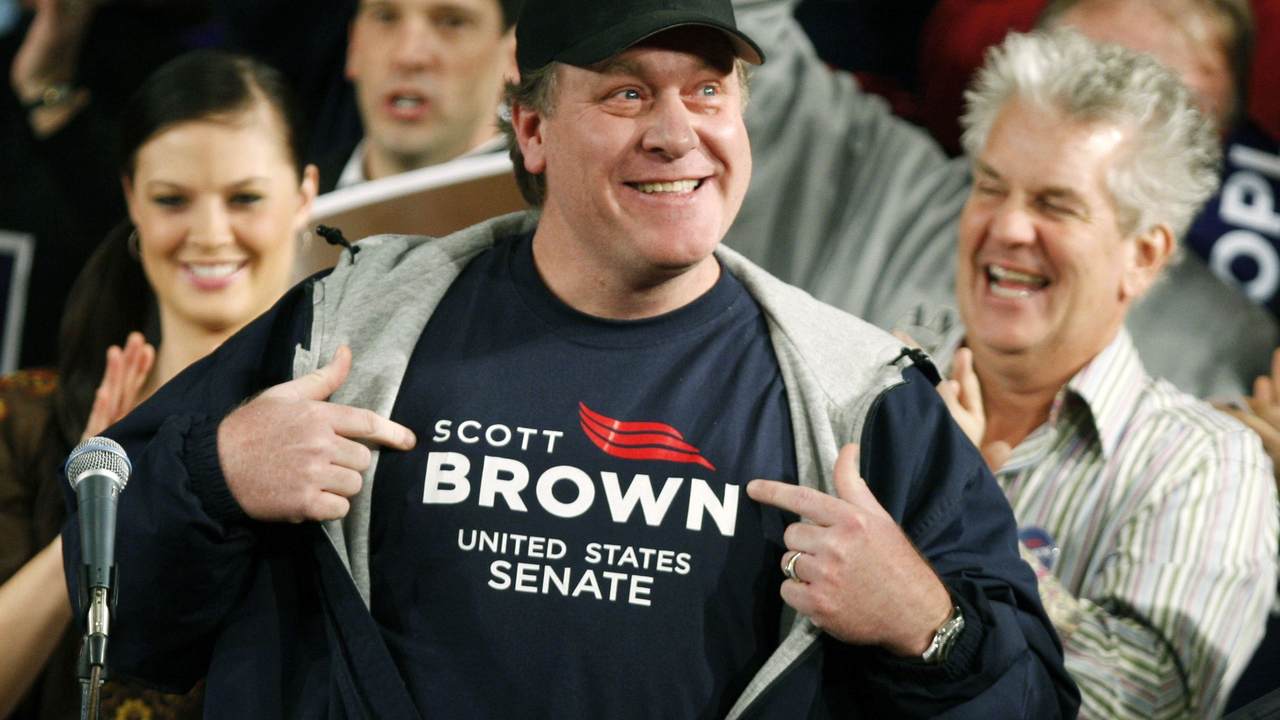 If Curt Schilling were a vocal left-wing Democrat, he’d be in the baseball Hall of Fame. Hell, if he were simply silent on politics, he’d be in. But he has opinions that are unacceptable to the media, so he’s out and, aside from a Veterans Committee appointment or two, Major League Baseball will have no one entering the Hall this year. The Hall of Fame now has a political purity test, making less a reward for an exceptional career and more a pat on the back for conforming; the ultimate Hall of Same.

It wasn’t always this way. It used to be about skills on the field. The baseball Hall of Fame is filled with good men, and some really bad ones, some faithful family men, and some players who make the Kennedy boys seem like loyal family men. If you looked into the personal lives a lot Hall of Famers you’d find things that would curl your hair, I’m sure, and none of it was disqualifying. But support Donald Trump? Like the United States of America? No statistics in the world can overcome that in the minds of the left.

Just because the Baseball Writers Association of America is made up of sports journalists, that doesn’t mean they are leftists. Liberalism has metastasized throughout every aspect of journalism. The style section reads like a series of press releases from the Democratic National Committee. Fawning coverage of a coat worn by the stepdaughter of Kamala Harris led to a modeling contract at an agency aspiring models who’ve worked their whole lives to impress; they’ll never get it, but kid of the husband of our childless VP has the doors of opportunity opened wide because they’re Democrats.

Schilling belongs in the Hall because of his record, both regular season and in the post-season. The “bloody sock” alone is the thing of legend, on par with Babe Ruth’s called shot. But he’s “too vocal” about his politics. Colin Kaepernick is making a fortune specifically because of his politics – lord knows his minor talents aren’t worth $10 million per year – and his every belch is treated as if it’s gospel truth. Schilling says something conservative and he’s fired from ESPN.

Hall of Fame pitcher Goose Gossage sees it. “He’s a bit of a blowhard, but I don’t have a problem with freedom of speech. Everybody wants to be this counterculture now where you can’t even have an opinion,” he recently said. “With Schilling, you shake your head, but at least it’s America. You used to be able to say what the hell was on your mind. I think a lot of writers play games with the voting politically.”

Reggie Jackson, another Hall of Famer, knows how it is. Mr. October said, “I would say to Curt, ‘Look at what you did. You took yourself out of the Hall of Fame because of what you say and how to express yourself and how you think.’ Freedom of speech is great, but we can’t have a country with white supremacy, Nazis, Black Panthers, racist stuff and anti-Semitics. We can’t have people wearing swastikas because it’s a freedom of expression. Come on!”

Reggie gets the game, but he doesn’t get the reality. The reality is demanding conformity, only rewarding purity of thought and speech is the very thing he’s claiming kept Schilling from the Hall.

But being a conservative means you’re guilty of something to the establishment, of what doesn’t matter, but it’s usually something they’re actually doing. Think “wrong” and you’re out.

If this doesn’t get stopped now, where will end?

There are still leftists who hate Tom Brady, not because he beat their team, but because he once had a MAGA hat in his locker. Could he not be a first ballot Hall of Famer? Maybe, people are that stupid. And those stupid people are in positions of power, they’re decision makers. Today it’s an athlete being denied something they’ve earned, tomorrow it’ll be someone not getting a job they’re qualified for. It won’t end on its own, it has to be ended.

Until then, they need to change the name of the Hall of Fame to something more accurate, and considering how conformity is now the rule of day, maybe it should be the Hall of Same.