A Special Kind of Crazy

Derek Hunter
|
Posted: Jan 03, 2021 12:01 AM
Share   Tweet
The opinions expressed by columnists are their own and do not necessarily represent the views of Townhall.com. 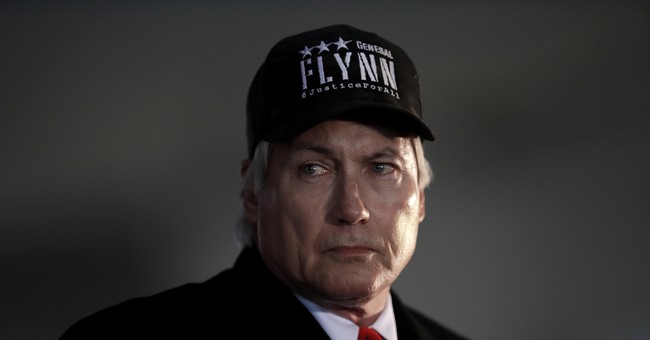 Do I believe this election was on the up-and-up? No, I do not. Can I prove it? Nope. I base my opinion on some of the election irregularities that occurred and the fact that a guy who inspires no one, had no ground game, and doesn’t know where he is half the time somehow got more votes than anyone ever, and by a lot. It doesn’t make any sense. But something not making sense doesn’t mean it didn’t happen.

There’s a difference between believing something and being able to prove it. The first part is easy, it’s the second part that causes all the problems.

In the fight over the election, proof beyond a reasonable doubt has been lacking. It’s the job of lawyers to make the case and they haven’t. They’ve made promises, lots of promises, but the follow through has not happened. With the final step in the election process set for Wednesday, it’s time to come to terms with a few things: first and foremost among them is that some people President Donald Trump relied on in the beginning of this fight were a disaster.

What Sidney Powell did for General Michael Flynn was excellent. Kudos to her. But her skills as an election lawyer leave a lot to be desired. She promised a lot, delivered…not much. Being able to string together a good conspiracy theory is helpful in creative writing class, not electoral politics.

But Powell isn’t the ultimate source of crazy in these events, that honor is reserved for Lin Wood.

Again, what Wood is known for is great – getting media outlets to pay up for smearing Nick Sandmann – but, again, that is not election law. And what someone has done in the past is not always an indication of what they’ll do in the future. In the case of Wood, it is clearly not.

For reasons no one seems to understand, Wood has morphed into a spreader of conspiracies that are beyond crazy.

Wood has gone beyond election conspiracies, in which he was rather prolific, into wild, all-encompassing conspiracies that embarrass everyone.

On December 30th Wood tweeted, “A couple of more questions for Chief Justice John Roberts:  (1) You are recorded discussing Justice Scalia’s successor before date of his sudden death. How did you know Scalia was going to die?  (2) Are you a member of any club or cabal requiring minor children as initiation fee?”

I’m all for criticizing Roberts, but this is next-level stuff.

Then, on January 1st, he went off again. “(1) For two months we have focused on accusing the Democrats of attempting to steal the 20/20 election for Biden. We focused on the Presidential election.  We focused on the obvious.  Over time, we have learned that the Democrats were joined by CCP & other foreign countries,” said the first tweet in a thread. “(2) We have also learned that the Globalists like George Soros & the Elitists like Bill Gates were involved. CIA too (no surprise - military industrial complex). It all seemed so clear we overlooked one of the main participants in the theft of the election:   THE REPUBLICANS.”

So everyone is in on it? That’s one hell of a conspiracy theory.

How high up does it go? Almost all the way to the top, apparently. “(3) These groups aspire to the goals of Communism. A ruling elite & an oppressed class of people who exist to serve those in power.  When arrests for treason begin, put Chief Justice John Roberts, VP Mike Pence   @VP   @Mike_Pence , & Mitch McConnell  @senatemajldr  at top of list,” Wood continued.

“If Pence is arrested, @SecPompeo  will save the election. Pence will be in jail awaiting trial for treason. He will face execution by firing squad. He is a coward & will sing like a bird & confess ALL,” he concluded.

He’s one step away from accusing President Trump of being in on it.

What Wood is tweeting is a good reminder, as we start a new year, that a track record is more important than one event. What Wood did for Sandmann is great, but it is not enough for sainthood. It was a job he happened to do well, and that’s it. In between spinning wild theories and casting doubt over the validity of voting in the Georgia run-off election, the people who took it upon themselves to “help” may end up doing more damage than if they’d done nothing. If you set out to make things worse, I’m not sure how you’d do it any differently.