Jill Biden Is Not A Doctor, Probably Isn’t A Good Person Either

Derek Hunter
|
Posted: Dec 14, 2020 12:01 AM
Share   Tweet
The opinions expressed by columnists are their own and do not necessarily represent the views of Townhall.com. 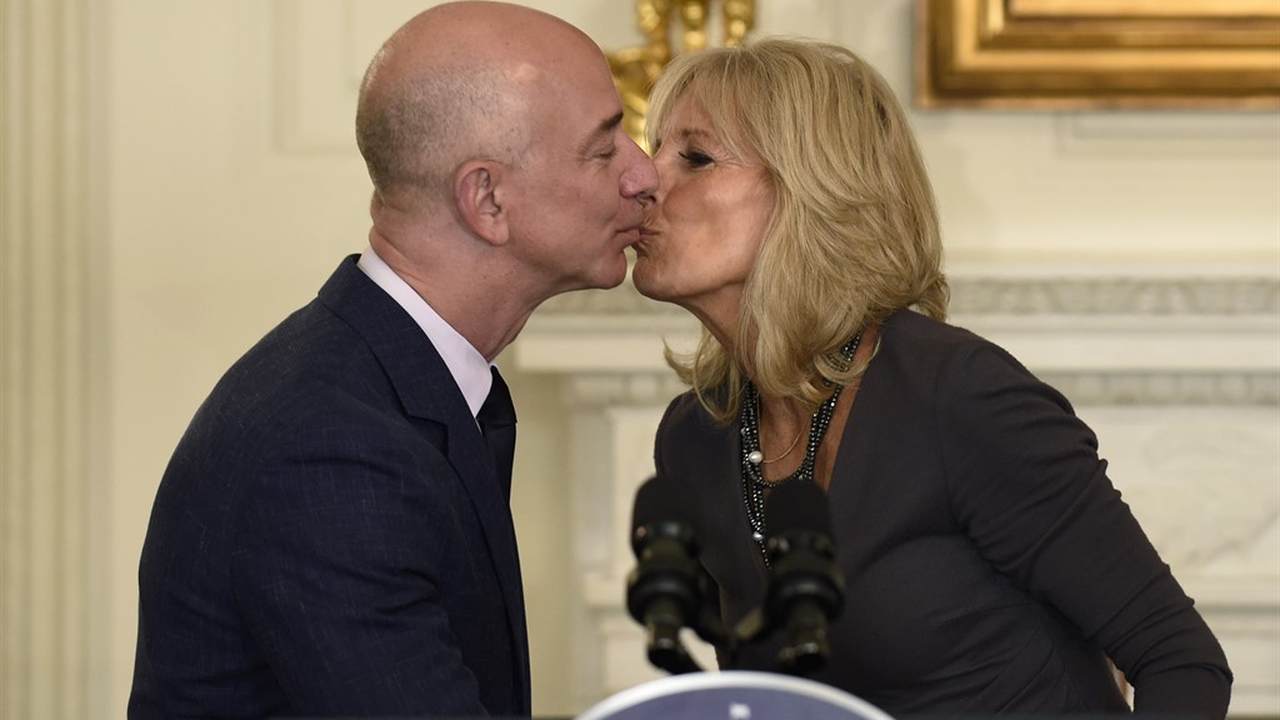 Being First Lady is a thankless job. You are expected to have a cause to advocate for while not doing or saying anything controversial. You, after all, were not elected to anything. What you wear and how you look is scrutinized, even celebrated if you’re a Democrat. But it’s got to be boring and hollow because every bit of attention you receive is exclusively because of who you married. At least, that’s how it used to be.

There isn’t a major left-wing news outlet that still doesn’t get the vapors over Michelle Obama’s muscular arms. Looking like an outside linebacker from the shoulder to the hand became a topic worthy of a Pulitzer from 2009-2017. Both Obama and Hillary Clinton were cheered for reading speeches with all the warmth of a Kennedy conveying condolences to the Kopechne family and the cadence of a condescending kindergarten teacher.

On the other hand, Melania Trump spent four years being attacked by late-night television hosts (they can’t be called comedians anymore) for her accent and anything else for which leftists decided to try to smear her and her family. Democrats even took swipes at her teenage son.

A former model and by far the most attractive First Lady the country ever had, in addition to her mastery of six languages, she was portrayed as dumb because her eastern European birth is still reflected in her English.

Her 50-year-old step son Hunter is a degenerate with a history of infidelity, even within his own family – he left his first wife for his sister-in-law after his brother’s death, which probably put a retroactive “awkward” spin to earlier family gatherings when they were seated next to each other – heavy drug use, and sketchy business deals that paid him untold millions where his only qualification was his last name. In the “First Kid” draft, Barron Trump goes way before Hunter, if only so you don’t have to lock up your valuables.

But it’s not just about kids, biological or otherwise. It’s about honesty. And when honesty is the issue, can the media be far behind?

Jill is most commonly, and almost insistently, referred to as “Dr. Biden.” Not because she’s a medical doctor, but because she wrote a dissertation entitled, “Student Retention at the Community College: Meeting Students' Needs.” She wrote that, and received her “Ed.D,” from the University of Delaware, which is indebted to Joe Biden for decades of support while he was a senator.

I’m not saying she didn’t earn her degree, per se, but if a Republican spouse were similarly situated, Democrats sure as hell would.

When someone dared suggest Jill drop the “doctor” from her name in the pages of the Wall Street Journal, he was attacked from all quarters of the left as “misogynistic” and worse. The speed and viciousness with which the left circled the wagons whenever their narrative is challenged is Nazi-like in efficiency, with even Hillary Clinton joining in the fight.

Jill is not a doctor. In my experience, the only people with non-medical degrees who insist on being called “doctor” are either nicknames or wildly insecure individuals who want their degree to convey what their words and abilities cannot. They insist on respect rather than trying to earn it.

Her insecurities possibly stem from how her relationship with Joe started. It’s rarely mentioned, but she was married when she met Joe. According to her first husband, they were still married when she started to sleep with the recently widowered Joe. Not the storybook lie the media has been reflexively belching out for years that they didn’t start dating until after her divorce, but the side of the story the media ignores.

Leftists have become so depraved it even impacts how a First Lady is treated.

The story of Joe and Jill Biden is presented as a storybook, a romance for the ages. They’re billed as the perfect couple, and maybe they are great together. I couldn’t care less. The hypocrisy in coverage, the glowing spin is enough to make you sick. And it’s only just begun. Trust me when I say you ain’t seen nothing yet.

But all the honorifics in the world can’t make Jill, or Joe for that matter, a good person.