The Year of the (Republican) Woman

Derek Hunter
|
Posted: Nov 24, 2020 12:01 AM
Share   Tweet
The opinions expressed by columnists are their own and do not necessarily represent the views of Townhall.com. 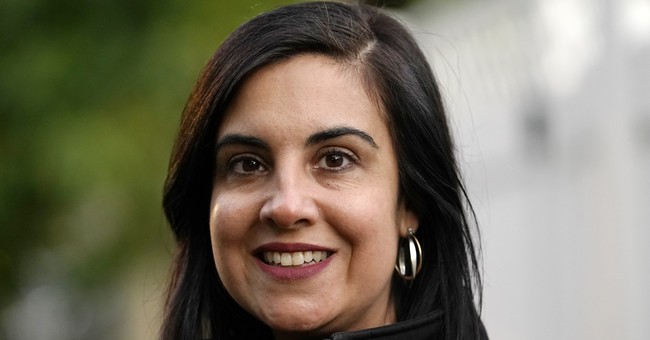 The 1992 election cycle was dubbed by the media as “the year of the woman,” and Democrats set about getting that tattooed on their lower backs to commemorate the election of a group of female lawmakers, mostly Democrats, to Congress. The left drooled over it, “think pieces” were written about how this was a direct result of the Supreme Court nomination fight over Justice Clarence Thomas and the wild, false allegations of sexual harassment by Anita Hill. It perfectly fit a liberal narrative at the time, and still, that Republicans are somehow anti-women, so the election results that year were cheered. So why hasn’t this year’s election been celebrated the same way?

Democrats are the ultimate head-counters; bouncers at a bar making sure the crowd doesn’t exceed capacity and violate fire code. Only they aren’t counting heads, they’re counting skin color, gender, sexual orientation, and any other way the left can divide people into irrelevant groups. The left loves the irrelevant cross-tabs of human configuration, basing many of life’s basic decisions on them while touting their “diversity.” Or course, by “diversity” they mean different colors of like-minded drones; diversity of thought (the only diversity that matters) is not celebrated and is, in fact, scorned by the political left.

That’s why the election of a record number of Republican women to Congress this year is being either ignored or treated like a fluke not to be taken seriously.

In NBC’s coverage of at least (not all races are settled yet) 19 new Republican women joining the ranks of the existing female GOP members of Congress was couched as a yawn compared to Democrats. “To be clear, there will be more than three times as many Democratic women in Congress next year,” they added as a pointless aside.

Democrats being Democrats, they must always make sure to qualify something they do as being worthy of cheering, but undercut it somehow when Republicans do it, even if they do it first. Their backs must be sore from constantly moving around those goalposts.

National Public Radio, in addition to highlighting Democrats having more women members for Congress, took it to the next level by adding, “Republicans will also have around one-tenth Democrats' number of women of color.” Because leftists track everything like that, judging people by every way possible to divide.

NPR went on to try to downplay the role of female lawmakers, now that it’s Republicans making the gains. They concluded their story by adding, “while there's limited evidence that women legislators tend to focus on different issues than men, it remains to be seen what effect a bigger number of women will have on the GOP's actions. Lawmakers, like voters, vote based on party, not gender.”

It’s not as though women in Congress is an oddity, or minority women are some sort of political Loch Ness Monster people have only heard stories of random sightings. It’s common.

Personally, I’d prefer to have enough of every configuration of human accomplish everything so we can stop pretending that anyone doing anything is somehow special beyond the accomplishment itself. It just seems horribly condescending to me to think a person doing something remarkable or difficult is somehow “more special” or was extra hard because of which bathroom they use, or some other irrelevant characteristic. It shouldn’t matter who the first trans goat farmer with freckles to go into space was, that a person went into space should be enough. I haven’t been to space, have you? I’m not going, are you? So going to space is pretty rare and amazing in and of itself. If there’s some trans goat farmer with freckles who didn’t know going to space was something that could be accomplished until some other trans goat farmer with freckles did it is more a reflection on their upbringing setting limitations on them than the hidden oppressive hand of society. Society isn’t some all-powerful force looking to keep certain people down, it doesn’t know or care that any of us exist.

As long as the left is going to play irrelevant games like this, however, and as long as they’re going to accuse Republicans of sexism and racism, because it’s easier than engaging in honest discussions, their stupid game should be played right back at them.