How I Went From 'Trump Skeptic' to 'Trump Fan'

Derek Hunter
|
Posted: Nov 01, 2020 12:01 AM
Share   Tweet
The opinions expressed by columnists are their own and do not necessarily represent the views of Townhall.com. 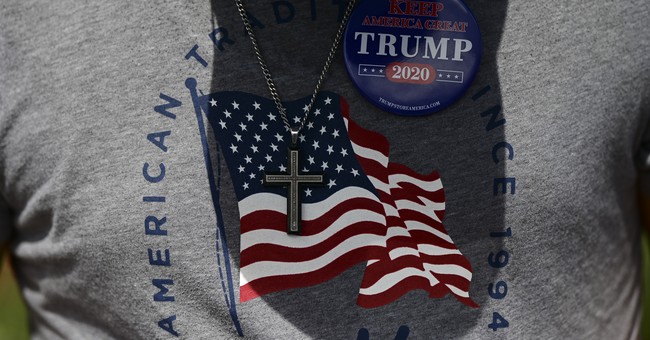 In 2016, I was not a Donald Trump fan. I’d fully planned on writing in some joke name or whatever because, well, I didn’t trust Trump. There was no way on God’s green earth I was ever going to vote for Hillary Clinton, and third parties are pathetic. I lived in Maryland, so I could justify it to myself as it not really mattering in the grand scheme of things – Maryland is so blue it would vote for Stalin.

I also believed, as did most everyone else, that Clinton would win. In the primary, I was originally a Marco Rubio supporter, then a Ted Cruz fan as the field winnowed. I never dreamed this guy whose TV show I’d been a fan of could do anything but humiliate himself and the party. I was wrong.

Before election day, I did some soul-searching. My wife was pregnant with our first child and I knew a Hillary Clinton presidency would be horrible for the country. Democrats had big plans to “fundamentally transform” the country, ruining much of what made the country the envy of the world in the name of “progressive” politics. What would I tell my child about life before, about the country before? And what would I tell them about what I did to try to stop it.

In a column that went viral, I’d changed my mind. I knew I had to do everything I could, including voting for someone I didn’t think would be a good president but was the only realistic alternative, to register my opposition to the damage to come.

I was as shocked as anyone when Donald Trump won.

After that, I thought it would be four years of working to mitigate the damage he would do, peppered with a few good things. I was wrong.

Sure, there were tweets I wished weren’t sent, points that could have been made clearer or more directly – I’m not going to agree with anyone 100 percent of the time except me. But Donald Trump, quite simply, has been an excellent president of the United States.

Most surprisingly of all, and evident in his overall accomplishments, he was easily one of the most conservative presidents we’ve ever had. Whether it was, as some never Trumpers whine, all an act, I couldn’t care less. Results matter, and the results are beyond dispute.

When it comes to 2020, were it not for coronavirus, President Trump would coast to victory. Democrats and the media would still have coordinated all their lies and attacks, but they would’ve been seen clearly as the pathetic character assassinations they are.

The fog of the pandemic has clouded everyone’s vision, empowering left wing lies. Joe Biden, Democrats, and the media gleefully accuse the president of being responsible for 200,000 deaths.

It’s an easy attack, and a cheap shot. But when the media memory holes the fact that Dr. Deborah Birx said back in March that we would experience 200,000 deaths “if we do things almost perfectly,” as NBC News did, it makes it an even easier lie to tell.

These people, who’d exploit the pain of loss of American families for their political advantage, sickly promising their loved ones would still be alive if only Democrats were in charge, deserve every ounce of scorn human beings can heap upon them.

Add to that the demonization of treatments, the belittling of vaccines, and the contempt for hope and I’m left with only disgust. These people cannot be allowed anywhere near power.

So this time, I will vote against Democrats with just as much eagerness and even more urgency now that their party has moved even further to the left and embraced even crazier, anti-American values. The difference is, this time I will vote for Donald Trump with a level of enthusiasm I did not in 2016, with a level of enthusiasm with which I’ve never voted for any other candidate before. The record is too good, the stakes too damn high, and the alternative too damn crazy and corrupt to do anything else.

Join me, and bring friends.