Democrats See The Dead As An Opportunity

Derek Hunter
|
Posted: Aug 06, 2019 12:01 AM
Share   Tweet
The opinions expressed by columnists are their own and do not necessarily represent the views of Townhall.com. 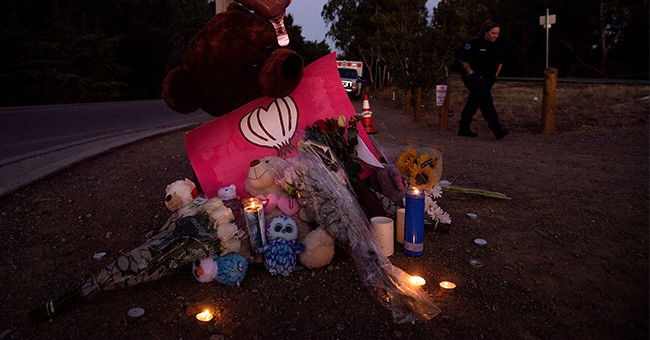 Watching the coverage Sunday of the terrorist attacks in El Paso and Dayton you couldn’t help but come away with the idea that President Donald Trump had been on the phone with both shooters, encouraging them, moments before they unleashed their evil. Of course, that didn’t happen. But you’d never know it if you were watching CNN or MSNBC. Nearly every guest, especially those who wanted to be invited back, used these attacks as an opportunity to smear anyone who wasn’t on board with the liberal agenda of seizing the rights of innocent people because two people embraced evil.

“It was the president’s words,” they insisted, that caused these attacks. He’s a racist, and that racism inspired these men to murder. That’s stupid and lazy, but politically convenient for people interested in using the dead to get what they want. Progressives will dance on graves before they even know what the song is.

Yet, the terrorist is El Paso was crystal clear that he was anti-immigrant, but he was also anti-corporation and automation. He also sounded like every Democrat running for president. “The American lifestyle affords our citizens an incredible quality of life. However, our lifestyle is destroying the environment of our country. The decimation of the environment is creating a massive burden for future generations. Corporations are heaing (sic) the destruction of our environment by shamelessly over harvesting resources. This has been a problem for decades,” he wrote in his manifesto.

Since the killer wanting to draw attention to those issues, were liberals also blamed by these “journalists”? Of course not. That’s not how this game works. Those points were barely mentioned, if at all.

The calls for gun control started as quickly as liberals could plug the city names into their draft press releases. “Do something,” they cried. What, exactly, they didn’t specify.

The lack of specifics is typical. The left wants to eliminate the Second Amendment, but they know they can’t get an amendment passed to repeal it, so they want to chip away at it any way they can. They view a pile of bodies as an opportunity, not a tragedy. Not one of them actually cares about the victims.

They protest, they whine, they travel to the area, they will even start using the names of the dead on the trail, but they don’t really care. They’ll just call for more laws that wouldn’t have prevented the killings in the first place, just like always.

Words, liberals tell us, are violence. We’ve gone from “sticks and stones may break my bones, but names will never hurt me” to “words are violence.” Curiously, leftists find words to be more “violent” than the literal left-wing violence of Antifa. Weird.

There are hundreds of thousands of words in the English language, the number fluctuates depending upon which dictionary you use. You are free to use any of them you like, the First Amendment protects that. But do you need them all? Shouldn’t we ban offensive words?

There have been many “controversies” surrounding the word “niggardly,” which means “not generous” but sounds suspiciously like it was derived from the racial slur. It wasn’t, but it still has offended many people. Why not ban it? Why not ban all words that offend, or could offend?

Because we don’t ban words because some people don’t know what it means or because people can be upset by them. We don’t ban words, period. If people use actual offensive words, for the purposes of offending (which is an important and necessary component), society reacts by shunning or calling out, government does not and government should not.

Why is it any different with the Second Amendment?

If an individual does something awful, why do the rights of everyone need to be curtailed? They don’t, and they shouldn’t. More people are killed with hammers, knives, or bare hands than rifles every year, but liberals don’t call to ban those things in the wake of any of those murders. That’s because they want to ban guns. Mass shootings are an opportunity to the left, not a tragedy.

Democrats fight harder for “rights” not mentioned in the Constitution – abortion, health care, a “free” college education – than they do to protect rights specifically singled out for protection from government infringement in the Bill of Rights.

That’s because Democrats want control, and they’re willing to do anything to get it. A free people can’t be controlled. So they “police” words, they seek to strip innocent people of their rights because of the actions of the guilty, they do all of this to control people.

Keep weapons out of the hands of the mentally ill, but that’s not what they want to do. They want to ban guns, seize guns. I’d bet you know people, likely many, who own so-called “assault weapons,” and I’d also bet those weapons have never been used to harm anyone. There are millions of them, and very few “mass shootings” with them.

But facts don’t matter, reality doesn’t matter. Democrats have an agenda. You cannot solidify control and power over people who are able to defend themselves.

No one hell-bent on murder has ever been deterred by the fact that murder is illegal. No one looking to use a gun to shoot a large number has been deterred by a law. If someone is that evil, they will do evil. And if someone is so shameful as to blame the president for the actions of evil people – like they were just going to go about their day, eating cheese and watching TV until they saw a tweet – how could you ever trust them with the power they seek more than anything else?

Every “journalist” and politician who proudly repeats the president’s “very fine people on both sides” like from his statement after Charlottesville, always leave off the part where he followed it up with, “I’m not talking about the neo-Nazis and white nationalists because they should be condemned totally.” That’s not by accident. Not all evil manifests itself in actions…