A Special Kind Of Crazy

Derek Hunter
|
Posted: Dec 06, 2018 12:01 AM
Share   Tweet
The opinions expressed by columnists are their own and do not necessarily represent the views of Townhall.com. 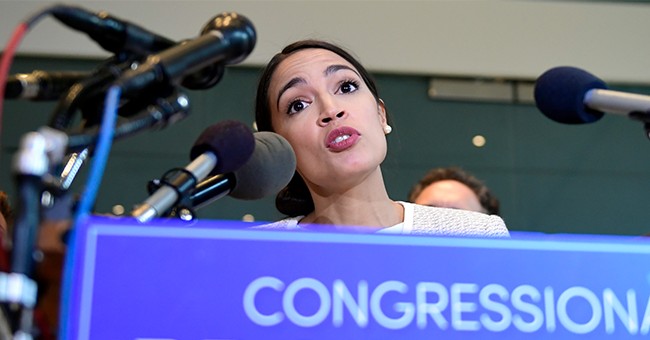 When it comes to political messaging, there isn’t much Republicans are good at doing. Honestly, how can you so badly sell liberty to the American people? But there is one thing involving messaging at which Republicans do excel – defining their opposition.

As we mourn the loss of President George H.W. Bush this week, it’s important to remember how he won the 1988 election. Yes, he was the Vice President for a wildly popular and successful President in Ronald Reagan, but that only gave him an advantage, it didn’t win it for him. He won by defining Massachusetts Governor Michael Dukakis as a crazy liberal, which he was.

Liberals will tell you it was racism in the form of the Willie Horton ad that won Bush the White House, but that, like so much of what they say, is a lie. The ad was not run by the Bush campaign, it was created by an outside group, and everything in it was true. The Bush campaign did run an ad on the Massachusetts furlough program that never mentioned Horton and did not use his or any other felon’s mugshot.

Still, liberals then defaulted to where they live today – everything they don’t like, everything that doesn’t go their way is racist. It’s easier than addressing the fact that so many of the American people aren’t interested in what they're selling, which is why that want to use the power of government to make it mandatory.

Bush had so effectively exposed the word “liberal” in the minds of the public that Democrats ran from it, embracing the label “progressive” instead. “Progressive,” hilariously enough, had been abandoned decades earlier because it had been tainted by the fact that progressives were horrible racists advocating for the extermination of people they deemed “undesirable,” mostly minorities and people viewed as mentally inferior to them (which to a progressive is everyone).

In 2010, Republicans used this tactic again by turning then Speaker of the House Nancy Pelosi into every Democrat. All Democrats were all San Francisco liberals out of touch with reality. The GOP won a record number of House seats.

In the wake of big losses in the House this year, expect Republicans to go back to this well, as they should, but this time with a twist. When it’s been employed in the past, the target was always one person, the leader, and that person was turned into every Democrat. But Democrats have so many potential targets now, it’d be difficult and foolish to pick just one.

Yes, Nancy Pelosi comes with a built-in national favorability rating that ranks just below toenail fungus and painful bleeding gums. That dislike for her hasn’t changed in a decade and is unlikely to anytime soon, which means it’s baked into the cake. Focusing on her will only maintain the status quo, and Republicans need to change the status quo.

But the shotgun approach of elevating everyone would end up elevating no one, so Republicans need to be smart about their next move. The entirety of Democratic Party leadership in the House is fast approaching the age of the average life expectancy in this country, which means they won’t be around forever.

To protect her power, Pelosi has kept her boot on the throat of anyone who might one day rise to a position where they could challenge her, so House Democrats have no next generation bench for leaders. This gives Republicans a great opportunity to pick anyone. But there really is only one choice.

Incoming freshman Congresswoman Alexandria Ocasio-Cortez is a gift to the GOP. The 29-year-old is the person people would hate to sit next to on a train. Ignorant of the most basic of facts, devoid of experience, and convinced she’s marinated to the bone in both. Dim to the point of embarrassment, yet lacking the self-awareness afforded most children, she is the opponent Republicans would build if they had access to a box of parts.

Most importantly, she believes there is little she doesn’t know and can’t wait to tell the world how it should be. She’s unaware of what she doesn’t know because she’s convinced she knows it all. Put a camera on her and wait, hilarity will ensue. And every Democrat should be made to answer for each gaffe, lie, and lunatic assertion.

Ocasio-Cortez hides in the safe-spaces of MSNBC, CNN, screened liberal gatherings, and social media, yet still provides a frightening look at the hamster with a bum leg jogging on the wheel behind her vacant eyes with alarming regularity. In addition to floor speeches and cable news interviews providing endless hours of insane socialistic ramblings that will make voters from coast to coast (though not on them) cringe, we live in a time when everyone has a high-quality video camera in their pocket. She will find no quarter in Washington – every restaurant she eats at will have someone noting the size of the tip, every bar will have hidden cameras recording everyone she talks with – her life, as she’s known it, is over.

But Republicans don’t have to choose her, liberals have already done it for them. The Chairman of the DNC declared her their future, TV personalities drool over her junior high school-level knowledge with zero challenging or follow-up questions which might cause her to sit down and learn. She believes her own press, and she believes she represents more than her district. Again, she’s perfect for the job.

Having a Member treat Congress like it’s a college campus, continually whining about people mocking her ignorance while actively seeking out opportunities to be offended, will be the gift that keeps on giving.

If Republicans are going to take back the House in 2020, they need someone to embody the worst parts of the political left (minus the physical violence), and Alexandria Ocasio-Cortez fits that bill to a T. Pelosi knows this too, which means she’ll likely try to rein her in, to relegate her to the back-bench where she belongs. But the liberal media will never allow that. She’ll likely turn into the new Anthony Weiner (without the nude pics) – a legislative non-entity who spends most of her time being a cable news celebrity. Pelosi can’t block that and Republicans couldn’t ask for more.

Subscribe to Derek’s daily podcast (it’s free!) to keep up to date on everything in the news and pick up a copy of his book, Outrage, INC., to discover how modern liberalism came to power and how to protect yourself and your loved ones from it.