Liberals Don't Want to Defeat You, They Want to Destroy You

Derek Hunter
|
Posted: Jun 14, 2018 12:01 AM
Share   Tweet
The opinions expressed by columnists are their own and do not necessarily represent the views of Townhall.com. 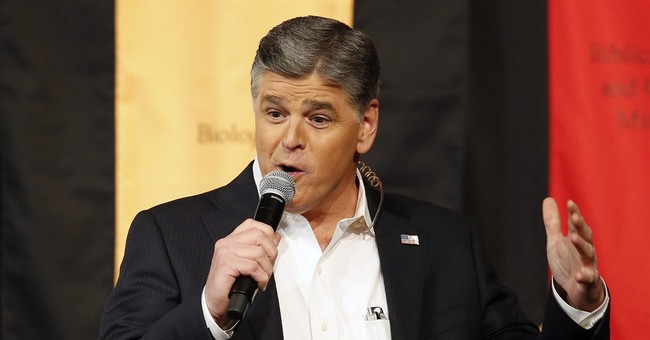 Mention Ronald Reagan to a liberal and you need to prepare for a freak out. The man passed away 14 years ago and hasn’t occupied the Oval Office in nearly 30, but his name still has the ability to elicit rage from leftists simply because he existed.

And so it goes with the activist wing of the political left – they are like the Terminator, unable or unwilling to stop, even long after the focus of their anger has passed on. That’s because liberals don’t have any interest in defeating conservative ideals, they want to destroy conservatives for daring to hold them.

Rush Limbaugh has been on the radio for 30 years, Sean Hannity on the radio and Fox News for more than 20, Mark Levin more than 10, and there hasn’t been a day in at least the last decade where they weren’t under assault from some tentacle of the left-wing outrage machine. They’ve been unable to beat them with liberal hosts, so they’ve spent untold millions trying to destroy them.

Out-of-context quotes and flat-out lies fed to fellow travelers with press credentials are liberal’s weapons of choice. They have failed miserably, but they haven’t slowed one bit.

Beyond talk radio, the existence of Fox News is something liberals are fighting every day to end. A significant portion of what is broadcast on CNN and MSNBC are clips of Fox, as they play clips of opinion hosts giving their opinions and pretending they’re arbiters of truth “correcting the record.” Those networks owe Fox a royalty for using so much of their content.

What’s funny is how the “journalists” at CNN and MSNBC disagree with the opinions on Fox while acting like they’re somehow not giving opinions themselves. Chris Hayes and Rachel Maddow aren’t “news” programs, they’re liberal opinion shows. Citing lies of Media Matters and Think Progress in a monotone drone doesn’t make something news, it’s simply double-spun bias.

I have no problem with bias, everyone is biased. I have a problem with people pretending they aren’t biased, they just happen to agree down-the-line with Democrats in some sort of cosmic coincidence. Limbaugh, Hannity, Levin, Tucker Carlson, Laura Ingraham, etc., don’t hide what they believe, they wear their conservatism proudly, and they defend it. Don Lemon and Anderson Cooper declare themselves referees while wearing a blue uniform under their striped shirts and whistles.

When a conservative does say something liberals pounce on, deservedly so or an out-of-context smear, these arbiters of truth never simply present the alternate view or correct the record, they rally their mob to demand someone be fired. Rush, Sean, Mark, and Laura have all been the focus of boycotts by the leftist mob for what ultimately was the crime of being too effective at defining and defending their beliefs.

When Limbaugh, Hannity, or Levin eventually retire they will be given the Reagan treatment, with liberals cursing the fact that they ever existed for all time. It’s a perverted sort of eternal life that will actually drive many people to investigate who these “monsters” were, leading to their words and ideals to live on long after them.

So why do this? First, they really can’t help themselves. Liberals hate. You can add damn near anything after the word “hate” and as long as it isn’t something liberal it’d be an accurate statement. But more importantly, liberal leaders need to keep the mob angry, and scared.

There’s a great line in the movie Men In Black where Will Smith asks Tommy Lee Jones why they just don’t tell the world aliens exist, that “people are smart, they can handle it.” Jones responds, “A person is smart. People are dumb, panicky dangerous animals and you know it.” That’s where liberals live. They need to keep people angry or scared to prevent them from thinking logically, rationally and, most frighteningly for liberals, for themselves.

Recommended
Did You Catch What the White House Is Doing to Change Messaging on Economy?
Leah Barkoukis

Think of all the dumb things you’ve done or said while angry or after just stubbing your toe on a coffee table and imagine being that way all the time. That’s where liberals need to keep their voters, and that’s why you see marches and protests on a near weekly basis since the 2016 election. Liberals need to keep their base misinformed and emotional to keep them motivated. If that means lying, then they will lie. If that means dancing on someone’s grave, then they will dance.

Leftists will not let truth, facts or, as the reaction to the impending death of Charles Krauthammer demonstrated, common decency stand as an impediment to achieving their agenda. The only thing they won’t do is work to convince people. They know they can’t, voters have repeatedly rejected them. So they choose emotion as a weapon. They won’t debate you, but they will try to destroy you if you stand against them. Don’t let them deter you, just return that favor come November.

I expose all these tactics and lies in my book, out Tuesday, called, “Outrage, INC: How the Liberal Mob Ruined Science, Journalism, and Hollywood.” Be a hero and order a copy today, I’ll be eternally grateful and you’ll be informed and entertained.