There Is Nothing Liberalism Won’t Ruin

Derek Hunter
|
Posted: Jun 07, 2018 12:01 AM
Share   Tweet
The opinions expressed by columnists are their own and do not necessarily represent the views of Townhall.com. 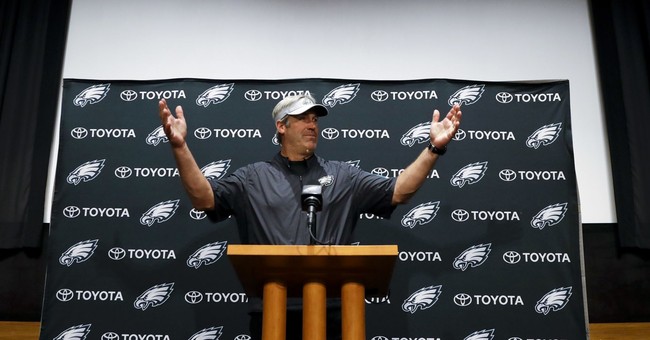 In a perverse way, it’s a skill, really. Just not a skill anyone would want. A reverse Midas touch; a jinx, if you will. Whatever you want to call it, liberals have an incredible ability ruin everything, and they’re on the job 24/7.

Remember when you could watch a TV show or go to the movies and not have to be bombarded with left-wing political messages, either blatant or subtle? When you were entertained by entertainment and you went to church if you wanted to be preached to. That’s not the case anymore.

The “progressive” church is politics, political correctness their gospel, and government their God. And like 7/11, they never switch off the lights.

You can’t watch a network TV show or go to the movies without some jab or crack about conservatives or President Trump. Republicans are the perps on crime dramas and businesses adopt a “we can increase profits by killing a bunch of people” business plan regularly in Hollywood’s fever dreams.

Hollywood have been overrun by leftists for years, so a liberal message in their products is almost second nature now. But other areas of entertainment had been left alone. Not anymore.

In the sports world the locker rooms have become MSNBC, post-game press conferences are now CNN. Sports journalism is NPR.

Athletes have always had political opinions, they just mostly kept them to themselves. Their job, which pays them extremely well, is to put butts in seats, bring eyes to TVs, sell team merchandise, and plug their sponsors, attacking half of your potential customer base’s personal beliefs is bad for the bottom line. That no longer matters.

When the Super Bowl champion Philadelphia Eagles originally agreed to go to the White House to celebrate their victory, as has been tradition, the vast majority of the team was going to attend, according to reports. But when the date approached, the team changed their story and only a couple of players and the team mascot was going to show up. They were, however, willing to show up the following week when only people living under a rock didn’t know the President would be in Singapore at the North Korean summit.

Donald Trump, with the Eagles’ thumb in his eye, simply cancelled the event. To Hell with the tradition if the team is going to play games like that. It was the right call, and the smart play on behalf of the White House, but it never should have happened.

When a championship team goes to the White House to be recognized they aren’t celebrating a president, they’re being celebrated by whoever happens to be the president at that time. They go and are honored by the office, not the occupant.

There have been individual athletes who’ve opted against attending White House events over who its occupant was, but they were few and far between. Now LeBron James and Steph Curry, the two biggest stars in the NBA, have already announced that no matter who wins the title this year, the team isn’t going to the White House because of Trump.

In 2012 the media attacked Boston Bruins goalie Tim Thomas for skipping a visit when Barack Obama was president. “Tim Thomas put himself above team,” declared ESPN. Bleacher Report, a popular sports website, was even more blatant when they decreed, “until Tim Thomas gives back that money and retires out of his contract, he is the millionaire Boston Bruins goalie whose responsibility was a public appearance was at the White House and not Tim Thomas, the unpaid rights activist.”

Now whole teams are refusing to attend and the media justifies and cheers.

Everything is weaponized nowadays by the left in their relentless crusade to cripple President Trump. To his credit, Trump has out maneuvered them. Last year he chose to disinvite the Golden State Warriors when they were grumbling about skipping the honor, and he cancelled the celebration for the Eagles while turning the whole incident on the player protests during the national anthem. Suddenly the protesters were on the defensive, it was masterstroke of PR.

Now we have word that Miss America is ending the looks part of their pageant. Beauty pageants have long outlived their societal relevancy, and to remove the physical beauty aspect will likely be the last nail in their coffin.

I’m not a big fan of these things, but I do usually watch the last half hour or so. Without physical fitness and attractiveness being factors, the whole thing might as well be an essay contest.

Liberalism strikes again. Seems like the left won’t be happy until everyone has a bowl haircut and wears loose-fitting silver lame unitards while sharing a communal bathroom.

Liberalism ruins everything it sinks its talons into, and the election of Donald Trump sent them into a frenzy. Everything is politicized, and because of that, everything is marked for destruction. Entertainment doesn’t seek to entertain anymore, professional sports are now cable news, and harmless, fun traditions are being destroyed in the name of “progress.” All the while, journalists, who are supposed to be objective, cheer like they won something.

I don’t know how this is all going to end, but I know if liberals win it won’t be good. I wrote a whole book about it, coming out in a week and a half, exposing how these manipulations, both blatant and subtle, are attempting to mislead and indoctrinate an unsuspecting public. This week just happened to have examples that bubbled up to the surface, there are many more out there lurking because the liberal outrage mob never rests. We can’t either.