It’s Different When It’s Our Guy

Derek Hunter
|
Posted: Nov 19, 2017 12:01 AM
Share   Tweet
The opinions expressed by columnists are their own and do not necessarily represent the views of Townhall.com. 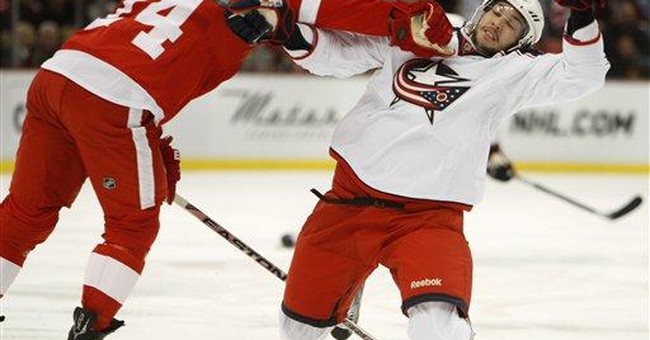 Growing up in Detroit, I was a huge hockey fan. After a long stretch of awful teams, the Red Wings got good, eventually leading to a string of Stanley Cup championships. It was a glorious time to be a Wings fan.

Then, one day late in his career, the unthinkable happened – Chris Chelios was traded to the Red Wings.

Suddenly, though not unexpectedly, my hatred for Chelios switched to full-blown fandom. All the animosity I’d carried for years was not only gone, it was forgotten. He was my guy now.

This is common among sports fans – their star, hack, goon, utility infielder, quarterback, whatever, is their guy, and their guy can do no wrong, no matter how wrong their guy may be in any given circumstance.

This phenomenon was a small part of politics in the Clinton years. Now it has fully taken over both parties.

If you’re in someone’s “tribe,” they can do no wrong. Bill Clinton was infallible to Democrats. No matter the allegation, he was the victim. Even when proven to be a liar, his “transgressions” were excused.

We’re now living in a time where everyone is Bill Clinton.

I don’t know if Roy Moore or Al Franken are creepy perverts, but I believe them to be. I don’t care which party they belong to, I don’t think either belong in the Senate. But one is and the other soon may be.

No serious argument can be made to justify their service in government beyond, “They’re our guy!” You can like them all you want. They can be your team. But somewhere deep inside you know if the uniforms were reversed you’d be saying the exact opposite thing.

Roy Moore should withdraw from the race. He never should have been nominated – any judge who refuses a lawful order by a higher court has no business serving on the bench and surely does not deserve a promotion to the Senate. No one wants a Republican Senate more than I do, but I’m not willing to sell my soul to get it. Republicans need to earn their victories for who they are and what they stand for, not by simply not being the Democrat.

And Democrats need to accept the fact that some people who agree with them on the issues they care about can be complete hypocrites on those very issues. Al Franken has to go, not just not run again. The rules either matter and apply to everyone, or they don’t. Assaulting a woman matters or it doesn’t.

The $15 million-plus reportedly paid out by us, the taxpayers, to “make good” on the indiscretions, perversions, and flashing of subordinates on Capitol Hill is equally unacceptable. The perpetrators need to be exposed and removed.

They haven’t been yet because they’re the ones who set the rules governing how their actions are adjudicated. If you get to set the rules you always come out ahead. And the rules they’ve made protect them.

Those rules need to be changed. There needs to be complete and total transparency of any monies paid out for sexual harassment. It doesn’t matter if the punishment is expulsion or just censure; if we’re forced to pay they should be forced to expose who we’re paying and for what.

This is a bipartisan issue – creeps know no party – and changing these rules should be too. And not like what they did with the regulations on insider trading for stock purchases, where they agreed to live under the same rules as everyone else for a year, then reverted back. Yeah, they’re scumbags on matters other than sex.

Expose them all, no matter which team they play for. As I’ve gotten older I’ve realized a person is not a good person just because they wear the same uniform I do. We need to make sure our elected representatives realize that too. Not everyone can be Chris Chelios.