The Left Is Just Full Of Miserable People

Derek Hunter
|
Posted: Nov 02, 2017 12:01 AM
Share   Tweet
The opinions expressed by columnists are their own and do not necessarily represent the views of Townhall.com. 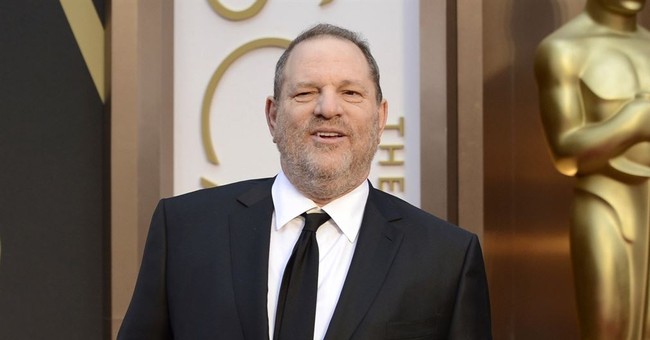 You wouldn’t think people who’ve succeeded in life would be so miserable. Money may not buy happiness, but it shouldn’t lease misery either. Yet so many successful people are really, deep down, just miserable, sad human beings.

The dominoes continued to fall in the liberal sexual harassment scandal not remotely being portrayed as such by my allies in the mainstream media. The latest to fall is actor Kevin Spacey, who was accused of attempting to molest a then-14-year-old boy at a party at his house in 1986.

The details of the allegations from the victim were vivid, the semi-denial/apology from Spacey was, for lack of a better way to put it, typical liberal garbage.

When Harvey Weinstein was exposed he tried this tactic – doing a brief mea culpa, promising to change, and wrapping himself in politics. It worked for Bill Clinton, so why not?

But Weinstein is not Bill Clinton, and neither is Kevin Spacey.

Clinton was president at the time he was finally and fully exposed as a pervert, so he could deliver. More importantly, the alternative would have been to commit the only sin Democrats believe is a sin – allowing Republicans to win. The wagons were immediately circled, his Cabinet happily declared its loyalty, the media played its role perfectly.

Clinton had real power, and if he’d gone down, the earnings potential of a lot of people would have been diminished. Weinstein and Spacey had no such clout.

Harvey was powerful, but stepping on people to get ahead is the only sport in which Hollywood supports keeping score. There were dozens of people under his boot waiting to take his place. Under Clinton there was only Al Gore, and the vice-presidency is the red-headed step-child of politics. You can’t kiss two rings simultaneously; Gore had his own people, so Clinton had to be protected. Harvey was replaceable.

When Weinstein pledged to go after the NRA he really thought it was like buying an indulgence from the church in the middle ages – all would be forgiven because he was willing to pony up some cash for the liberal cause.

Spacey, too, tried to play the liberal cause card. And it worked out about as well.

The worst kept secret in Hollywood was that Kevin Spacey is gay. No one cared, but everyone knew. So when he issued his “apology” for what was essentially attempted child molestation, he tossed in that he chooses “to live as a gay man,” it was only to distract from the allegation, and It nearly worked.

Spacey didn’t have the power of Clinton or Weinstein, but he had the victim card, and that is the highest card in the liberal deck. Reuters declared, “Actor Kevin Spacey declares he lives life as a gay man” in its headline, ignoring the context in which he declared it. After criticism, it changed the headline to “Kevin Spacey embroiled in Hollywood's latest sexual misconduct scandal.” There is no editor’s note about the headline change.

The Daily Beast memory-holed its “Kevin Spacey Comes Out As Gay, Apologizes to Anthony Rapp,” headline to, “Kevin Spacey Addresses Misconduct Allegation by Coming Out as Gay,” without noting its change either.

Spacey blamed his attempts to bed a 14-year-old boy on “deeply inappropriate drunken behavior.” You don’t have a few adult beverages and decide to make a run at a kid – it’s either in you or it isn’t – and being gay has nothing to do with it. But Spacey thought it would spare him further criticism … and it almost did because the media is Pavlovian when it comes to liberal causes.

Spacey may play a president, he isn’t president. Eventually, after everything else was exposed and attacked, the media switched to a truer version of the story.

Beyond Hollywood, liberal misogyny has been thriving in journalism too.

One of MSNBC’s favorite journalists, Mark Halperin, was accused of serial harassment and worse. It was so bad that, after a few days, the network ended its contract with him.

Rolling Stone reporter Matt Taibbi gleefully wrote of misogynistic adventures from his time working in Russia in the 1990s. It was billed at the time as a memoir, but now he says it was all “satire” and that “his intent was to poke fun at the idea of Americans living in Russia.” Hilarious, right?

Unfortunately for the left-wing writer, “the book contains a note at the beginning, saying it was nonfictional.” Oopsie!

These people all make a good living doing things that are not breaking rocks. Writing is not heavy lifting. Acting is not digging a hole. Producing movies is not roofing. Yet all of them, with more than most could ever dream of having, are miserable people in their own special ways. That their dominoes fell is not surprising. That they were able to stand for so long is. May they be but the first of many.