Derek Hunter
|
Posted: Oct 12, 2017 12:01 AM
Share   Tweet
The opinions expressed by columnists are their own and do not necessarily represent the views of Townhall.com. 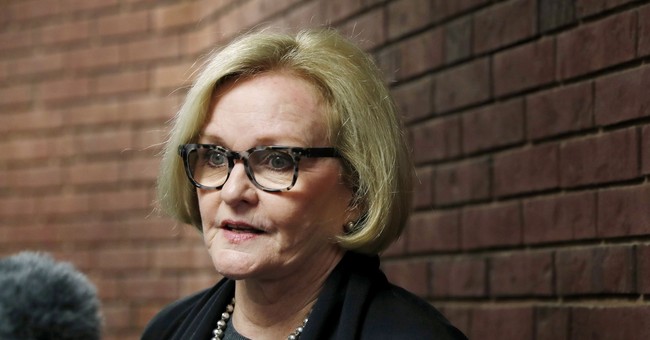 Monday was Columbus Day, or as liberals have taken to calling, “Indigenous People’s Day.” Democrats love sowing division, blaming Europeans for all of the world’s ills, and elevating the status of Native Americans. Well, they usually do. When it’s a choice between a long-dead Italian guy and American Indians, the choice is easy. When the choice is between their own reelection and anything, everything else loses to self-preservation.

Such is the case with Missouri Democratic Senator Claire McCaskill.

One of my first jobs in Washington was as a health policy analyst at the Heritage Foundation. While it may not sound exciting, it wasn’t. Just kidding, mostly.

But in that job I had to study the prescription drug market – how drugs came to market, the testing process and cost, the way prices were negotiated, the constant demands for lower prices, etc. So, while I no longer do that for a living, I do keep up with it from time to time.

That’s how a story in Newsweek came to my attention. The title seemed like clickbait, “How Racism Is Fueling A Pharma Scandal Over A Billion-Dollar Patent.” The story, however, was anything but.

It involves a prescription drug you’ve probably seen ads for – Restasis. It’s for combatting chronic dry eyes, which I’m lucky enough to say does not impact me. But it impacts someone or else the company that created it, Allergan, wouldn’t have spent the time and money developing it.

It takes, on average, ten years and a billion dollars to bring a new drug to market. That’s just the ones that survive testing and trials. And that billion dollars does not include drugs where development and trials go on for, say, seven years and $500 million. Research and development in the pharmaceutical industry are not cheap. For all the complaints about drug prices, no one complains when they cure or come up with a better treatment for something.

As you can imagine, these companies are not only easy targets for desperate politicians looking for a boogeyman in election cycles, they’re also fiercely protective of their patents. No recouping the cost of their product, no new products.

Allergan was facing such a challenge, a legal one to their patent for the eye drops. And to save themselves they found a creative way to protect themselves – an Indian tribe.

Tribes in the US have a protection reserved for governments – sovereign immunity.

Sovereign immunity basically insulates state governments from being sued, unless they are violating the Constitution. It’s a protection that, in the US, is granted by the 11th Amendment.

What Allegan did was to “sell” the patent for Restasis to the Saint Regis Mohawk Tribe of upstate New York. This could effectively end the lawsuits challenging their patents since the tribe enjoys immunity.

Whatever you think of the strategy, it’s legally brilliant. The tribe gets the patent, then “licenses” back to the company in exchange for $15 million per year till the patent runs out.

But, as is always the case when someone figures out a way to use the laws lawmakers create to immunize themselves, Senator McCaskill is not happy. She’s introduced a bill to strip tribes’ immunity in patent cases.

Curiously, McCaskill’s bill only strips Indian tribes of this protection, not the other beneficiary of sovereign immunity – public universities.

Why just tribes? McCaskill’s office released a statement that read, in part, “Congress never imagined tribes would allow themselves to be used by pharmaceutical companies to avoid challenges to patents, and this bill will shut the practice down before others follow suit.”

Notice the “allow themselves to be used” part? Is the tribe a bunch of children being exploited? Of course not. They’re making a healthy profit from basically found money. Who wouldn’t love to be “exploited” like that?

So McCaskill wants to strip Indian tribes of sovereign immunity to protect them from being “used” voluntarily and earning millions of dollars in the process, but not universities. Weird, right?

It’s not like the tribe couldn’t use the money. As Newsweek reports, they’re located near three Superfund sites – areas so polluted with hazardous material they’ll take years to clean up, if ever – along with countless other needs.

So why does Claire McCaskill hate Indians? Or is she simply a tool of generic drug makers, a group that would benefit if the patent were successfully challenged?

These are questions that would be asked by Democrats if a Republican attempted to do this, so why not when a Democrat does?

McCaskill is looking at a tough reelection fight next year and hasn’t really done much in the last six years, so she needs something. And she seems willing to screw over a poor Indian tribe to do it. These are Democrats’ rules, they should have to live by them too.