Derek Hunter
|
Posted: Apr 30, 2017 12:01 AM
Share   Tweet
The opinions expressed by columnists are their own and do not necessarily represent the views of Townhall.com. 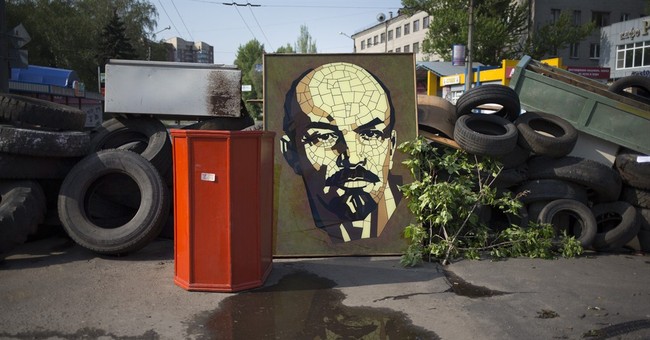 Republicans never have been particularly good at the culture war. Sure, they won battles here and there. But even most of those victories turned into losses through court decisions anyway.

Now we’re in the midst of the ultimate battle in the culture war – the battle for the First Amendment – and if Republicans don’t recognize this is a war and fight like their existence depends on victory, nothing else will matter.

If you had told me five years ago that, in 2017, we’d be debating the nature of free speech and whether American citizens could be blocked from speaking on the campus of a public university because of their politics, I would’ve laughed in your face. But then, I would have had the same reaction if you had told me Donald Trump would be president in 2017, so clearly nothing is impossible.

It’s easy to dismiss the violent mobs in Berkeley, Portland, Washington, D.C., and everywhere else as a “fringe element” because there are relatively few of them and their actions are fringe. But the fringe of the political left is the tail wagging the progressive dog called the Democratic Party.

The most popular Democrat in the party is a slouching, cranky, unkempt septuagenarian who publicly and proudly refuses to call himself a Democrat. Sen. Bernie Sanders of Vermont happily criticized the party when he toured the country with its new chairman on a so-called “unity tour.” Crowds even booed the chairman but cheered the self-described socialist.

When Bernie lost the nomination to Hillary Clinton, he did the bare minimum to get on board with the Democratic Party’s establishment. He made appearances, but he kept the organization he’d pulled together to himself, much like President Obama did with his campaign.

Obama rolled what he’d created for himself into Organizing for Action, essentially a campaign infrastructure that exists to create and protect his legacy. It’s proven to be profoundly unhelpful to the Democratic Party as a whole and ineffective getting anyone not named Obama elected.

Sanders took his campaign and created “Our Revolution,” an organization dedicated to moving the Democratic Party even further to the left.

The problem for Democrats is they live in fear of losing the people who support Bernie Sanders, so they have to cater to them.

Sanders is the kid in the neighborhood with all the cool toys. He’ll let you play with them as long as you play how he wants you to play. Attempt to integrate your own ideas, and he’ll take his toys and go home.

Bernie must revel in this position since he correctly understands the nomination process was rigged in favor of Clinton. But for Democrats it’s a horribly short-sighted strategy.

Bernie did lose. It was much closer than expected, but Hillary ultimately won by substantial margins, if much later in the campaign season than she’d hoped. That means he’s less popular with people who show up and vote in Democratic primaries than the wildly unpopular woman who lost the general election.

Uniting those sides is the best hope for Democrats, but Bernie’s fringe isn’t interested in moving toward the party, so the party is moving toward it.

This radical element is becoming the mainstream of the Democratic Party.

Sanders and Sen. Elizabeth Warren of Massachusetts, the second-most-popular Democrat, both have been critical of the violence and intimidation by this mob – but not until they were put on the spot about it. They weren’t moved by principle to do it because, in principle, they agree with the mob.

This small, violent rabble now steers the ship of the Democratic Party. The party, its members, and the academic institutions that helped create them are afraid to speak out against them or their fascistic demands.

But don’t be fooled: Small groups of violent leftists have done significant damage to countries in the past.

The Bolsheviks were a tiny group of determined thugs who took over Russia. The Nazis were a distant second in the 1932 election, yet a year later – through threats and violence – they were in power. On paper, Mao and his allies should have been defeated easily by Chaing Kai-shek and his much larger forces and western supporters, but it went the other way.

History has shown a small group of people, especially when they’re willing to oppress others and commit violence against their fellow countrymen, can attain power. This dance is made easier when both sides sit silently – one out of fear, the other of impotence.

And that’s the problem – Democrats won’t speak out forcefully against their violent fringe because they’re convinced they need them and are busy trying to co-opt and appease them. Republicans won’t for reasons I simply can’t explain.

Maybe Republicans think the American people see what’s happening and they need only to stay out of the way of the Democrats’ circular firing squad. But it’s more likely they’re afraid. To call out these monsters is to invite attacks, to ensure they’ll show up at town halls and cause scenes.

It’s easier to ignore unpleasant things, but that’s not leadership. The left-wing fringe is at war with our fundamental rights, with an essential part of what it means to be an American. And they’re winning, mostly because everyone else is afraid to fight. Refusing to fight back might make you feel superior; it’s also the most effective way to lose.

We’re in an ideological war over what kind of country we’re going to be going forward, and our elected officials are standing silently as the First Amendment is trampled in the name of “tolerance.” That any, of either party, could tolerate that is truly intolerable.