The Whole World Is (Not) Watching

Derek Hunter
|
Posted: Feb 26, 2017 12:01 AM
Share   Tweet
The opinions expressed by columnists are their own and do not necessarily represent the views of Townhall.com. 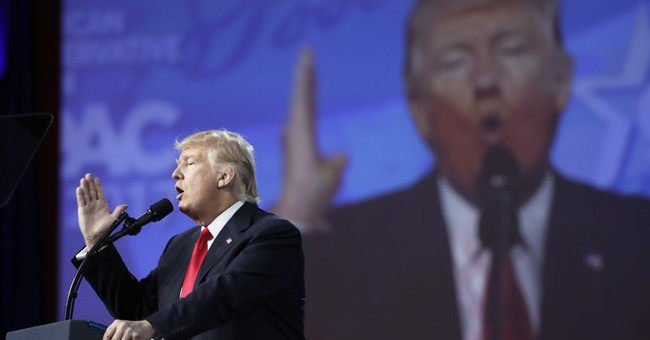 As the Conservative Political Action Conference comes to a close and radical leftists across the country rage over the wholesale rejection of their collapsing health law and election failures, you might think the world sees the United States as a nation in chaos. The media seems determined to give that very impression. But is the world viewing us, and President Trump, that way?

It’s only anecdotal, but my experiences speaking to people from other countries made one thing clear to me: The rest of the world is not watching.

Yes, they are much more aware of the happenings in our country than we are in theirs. But the U.S. is almost taken for granted, certainly more than even European media would have you believe.

In Dublin, I spoke with people from France, England and Italy, as well as the Irish, about their views of our country. The notion they are repulsed by the “buffoon” we elected is simply not so, despite what the media would have you to believe. The opinion of the U.S. is not as simple as that.

During the 2008 campaign, then Sens. Barack Obama and Hillary Clinton campaigned to “restore our reputation in the world.” The implication was President George W. Bush had so tarnished how the US was viewed, someone had to reassure our allies and restore our good name. It was such a staple of campaign speeches for Obama it became a talking point for his entire presidency.

President Obama routinely patted himself on the back for his popularity in other countries. With the election of Trump, the implication was all that “hard work” would be undone.

But those I spoke with did not shudder in fear at the prospect of the next four years. Nor had their opinion of our country changed with administrations.

Before there was President Trump there was Donald Trump, businessman. His celebrity is not contained by our borders. Everyone I spoke to knew of him before he entered the race for the White House. With him they did not immediately associate “instability,” as our press is trying to do, but “success.”

“He was a very successful business man,” one hotel clerk told me when asked what he thought of our president. “I don’t know if that will make him a successful political leader, but I hope he is.”

That clerk was not unique. Nor was he particularly interested in the happenings within the United States.

As domestic news obsesses over health care and scandal, the main area of concern to those I spoke to is security. In particular, radical Islamic terrorism.

Our country is fighting over refugees and immigration, but Europeans are living it. And they don’t like it.

One French woman told me she hoped Trump would “do what is needed” to stop what she described as the slow invasion of her country. She and her traveling companion liked how Trump promised to take the fight to the radicals rather than “always responding,” as she put it, the way her government has.

An Englishman was pleased with Trump’s victory, saying his ascension to leader of the free world would mean fewer refugees. He said he was happy with the Brexit vote as he downed a pint. “We have to do something new,” he said. What, exactly, was unclear, but he was unambiguous in his desire to see the influx of refugees subside.

An Irish cab driver was happy with Trump explicitly because of the war on terrorism. He described the Irish Defense Forces as “mostly for show.” “They march in parades and make everyone feel good,” he said, but they aren’t a strong enough force for much else because of the small size of the country.

That cabbie, and those who were willing to engage on the subject, all admitted they looked to the United States to lead on the world stage, even on their own security. It was clear, particularly with the French women, they favored socialist policies. They’d be no fan of any Republican had they been born American. But they weren’t, and to a person they appreciated the umbrella of security, thin as it is domestically for them, the United States provided them.

Like an older brother when you’re being picked on at school, they knew the U.S. would be there to take up the fight should it be needed. This was a different feeling for one of the French women than it was under Obama. “How many must die before he do something?” she asked about our former president.

Many took comfort in our new president. They focus on their own security, naturally, and they say the western world has been devoid of a leader willing to defend it, or even to see it as worthy of defending, for eight years. Donald Trump is viewed as the opposite of that by the people I spoke to.

Of course, their situation (and ours) would be significantly improved if their own countries stood up for themselves and their own security. But the subtext of every conversation I had on the topic was they thought they didn’t have to thanks to our renewed focus on radical Islamic terrorism. They believed they could exhale a little more now.

I don’t like the idea of being the world’s police force, but the Obama years showed what the world becomes when the United States retreats. American media won’t report it, and polling may not capture it, but there are at least some in Europe who are glad to have a president of the United States who seeks to recapture a leadership position that has been empty for too long. As for our domestic politics and media drama, the rest of the world doesn’t care.