GOP Shouldn’t Spike The Football On The 5-Yard-Line

Derek Hunter
|
Posted: Feb 16, 2017 12:01 AM
Share   Tweet
The opinions expressed by columnists are their own and do not necessarily represent the views of Townhall.com. 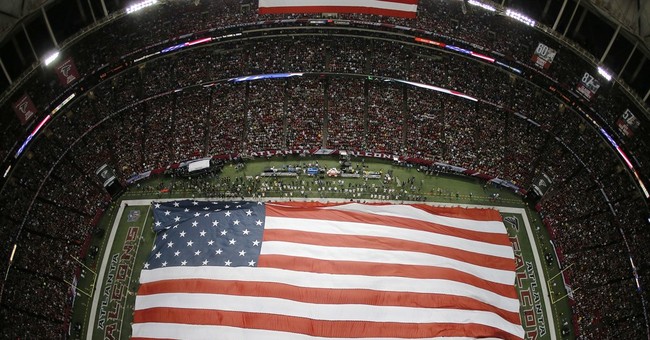 Since 1992, every time Republicans lost a national election, the media was quick to pronounce the GOP dead and done as a national party. In fact, since Watergate, the grave has been dug and journalists have been just waiting to toss in the elephant carcass.

Reports of the GOP’s death have proven to be greatly exaggerated, but those who have written it off seem to have missed a few check-ups with their own doctor and now seem to be teetering on the edge themselves.

After Barack Obama won the 2008 election and Democrats retained the House and Senate, the media gleefully pronounced the Republican Party to be a “regional party” that represented only the South. It was over, they said. A permanent Democratic majority had been achieved.

We all know how that worked out – Democrats lost the House in two years, the Senate in six and the White House in eight.

The “permanent majority” has been relegated to minority status, not just on the national level, but across the entire nation.

Now that Republicans are firmly in control, they run the risk now of snatching defeat from the jaws of victory by worrying more about maintaining power than exercising it.

It’s a popular theme right now among those who support Republican policies to claim in columns and books that the current state of affairs will last. But nothing lasts forever. And although it may sell some books to the naïvely hopeful or increase traffic to their columns, it’s the equivalent of spiking the football on the 5-yard-line.

To score a touchdown, you have to cross the goal line. Anything short of that is, simply, not a touchdown. All Republicans have accomplished so far is denying power to Democrats. That’s nothing to sniff at, but it’s also nothing to celebrate for the next two years with so much to be done.

Republicans have had years to formulate a replacement for Obamacare, for example. Yet we sit here with nothing but general ideas. Even if the GOP had not won control of both houses of Congress and the White House, Obamacare was still a disaster in need of repeal and replacement. How could they not have something ready to go?

Having worked on health policy in the conservative think tank world, I know there are plans out there. But rather than work together to coalesce around an answer, Republicans splintered or ignored altogether the question of what would come next.

When it comes to governing, Republicans the run risk of being the dog that caught the car.

Democrats acted too boldly when they had control, Republicans are acting too timidly. Either they believe in small government conservatism or they don’t. If they do, they need to move to enact it quickly. If they don’t, they need to be challenged by candidates who do.

The Republican Party never has had a better chance to enact laws rolling back the size and scope of government. Legislation should have been written and introduced when they were in the minority, so it would be ready when Republicans returned to the majority. Now, they’re caught with their pants down.

Congressional Republicans have a willing partner in the White House. President Donald Trump is not a doctrinaire conservative … he’s not actually a doctrinaire anything. But he is open to ideas if he can be convinced they’ll work. Republicans have had success in convincing voters limited, constitutional government works. Now they need to convince the president.

But they actually have to believe it themselves.

Now is the time we find out if it was all campaign slogans and empty platitudes. Those will get you elected, but not acting on them won’t get you re-elected.

There is no such thing as a permanent majority for any party. It matters what a party does in the fleeting time it has power. When Democrats expand government and abuse power, voters toss them out. If Republicans become Democrats-lite, voters choose to go back to the real thing.

The American people chose Republicans at every level of government on the basis of what they said they would do. It’s time they acted like it and acted on it. Or their “permanent majority” will be even shorter than that of the Democrats.