The Hillary I Know

Derek Hunter
|
Posted: Oct 30, 2016 12:01 AM
Share   Tweet
The opinions expressed by columnists are their own and do not necessarily represent the views of Townhall.com. 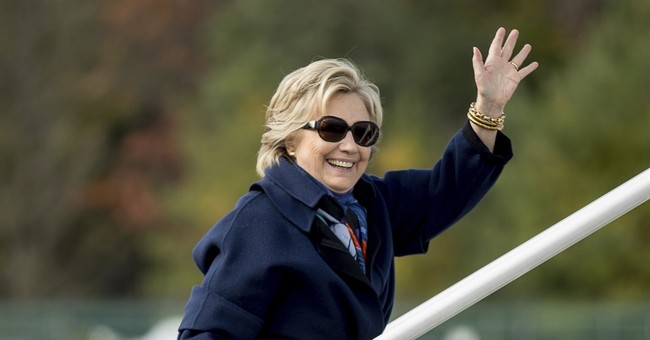 As Election Day 2016 approaches, I’m reminded of all the reasons I hate early voting. There’s the potential for fraud, the fact that thousands of people die every day, so some who vote early will die before their vote is even tallied, and, of course, the biggie – things can change, but a vote, once cast, cannot.

Friday saw a possible momentum-shifting event with the restarting of the FBI investigation into Hillary’s email scandal. Even before that, much has been revealed in the days and weeks since early voting started. None paint a good, or even normal, picture of Hillary Clinton.

Among the many things the Wikileaks release of hacked emails from Clinton’s campaign chairman have exposed is just how awful she is. I don’t mean that on a personal level – I don’t know the woman – and I’m not talking about all the “pay to play” corruption. It’s something deeper.

If anything comes through in the release of the personal correspondences of her closest staff, and even her emails from the State Department, it’s that she is an island unto herself.

After reading her emails and those of people who spend an inordinate amount of time with her, I can’t help but wonder whether she has any friends at all. Does anyone like her?

There appears to be nothing to suggest anyone has anything nice, funny, personal or even friendly to say or write about her. I realize she deleted 33,000 emails that were allegedly personal, but in the emails we have seen, there is nothing beyond robotic servitude from staff and people sucking up to her for favors.

Huma Abedin, perhaps the person closest to Hillary, is treated as a servant. The latest news that has her and her soon-to-be ex-husband at the center of Hillary’s latest FBI problems aren’t going to bring them any closer either.

Yes, she’s an employee, but after years together you’d think there’d be some sort of warmth or natural human affection between them. Instead, there are emails where Hillary doesn’t know how to run a fax machine or how to work the channel guide on her cable.

In Huma’s own FBI interview, she expressed shock emails with the president of the United States weren’t classified, as if she never knew they existed.

Between Hillary and Huma there is trust, but even that trust has limits.

In fact, who does Hillary trust completely? Maybe Bill and Chelsea. OK, maybe Chelsea. Anyone else?

There must be a couple – odds are she has to have some kind of friends, right? But Hillary’s world for the past 30 years seems to consist almost exclusively of people who’ve been on the payroll, are currently on the payroll or hope to be on the payroll.

Many profess to be friends, but does anyone believe that?

Lanny Davis, who has known the Clintons since college, literally had to beg Hillary to spend five minutes to talk to a reporter doing a friendly profile on him. It’s unclear if she ever did as the ensuing exchange between Clinton and her chief of staff is redacted. A normal person would simply pick up the phone for a friend, not seek counsel from staff.

When Wikileaks revealed emails this week from the day the story broke about Hillary’s secret, unsecured server, emails between her campaign manager and campaign chairman show both were blindsided by the extent of the story.

When the story broke last March, John Podesta, Clinton’s campaign chairman, emailed her campaign manager, Robby Mook, asking, “Did you have any idea of the depth of this story?”

“Nope,” Mook replied, “We brought up the existence of emails in reserach [sic] this summer but were told that everything was taken care of.”

Mook and Podesta weren’t employees of the State Department, so they weren’t privy to the server’s existence and exclusive use during her tenure. They had to rely on Hillary’s word and the word of her close staff. That, clearly, was a mistake.

If Hillary Clinton can’t trust the people she personally chose to win her the presidency with something we’ve been told was a decision only of convenience, who does she trust? Can presidents effectively govern if they trust only those who share their last name?

I may not know Hillary Clinton, but I know she doesn’t trust anyone. And people don’t live a life of extreme secrecy and distrust unless they have something to hide.

Think what you will of Wikileaks, the information it has exposed paints a picture of the private Hillary no sycophant in the media has ever bothered to report. Behind all the phony testimonials of former employees and loving journalists who swear she’s “wonderful,” “warm,” and “funny” person in private lies a kleptocrat hell-bent on keeping secrets from her closest advisors.

It could be she’s just naturally paranoid, or it could be she has a lot more to hide than anyone ever suspected. Friday’s FBI revelation suggests it could be both. Either way, no one should feel comfortable with her taking the public tour of the White House, let alone living there.