Donald Trump’s Biggest Opponent Is Himself

Derek Hunter
|
Posted: Jun 09, 2016 12:01 AM
Share   Tweet
The opinions expressed by columnists are their own and do not necessarily represent the views of Townhall.com. 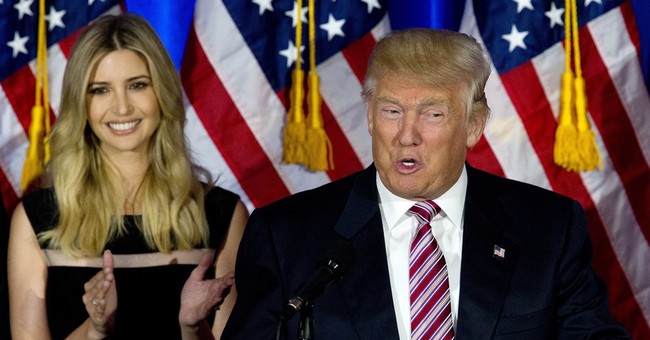 Throughout the primary, only one contender laid a glove on Donald Trump – himself. It wasn’t for lack of effort or ammunition. It’s just that nothing any of his opponents said broke through the dense wall of supporters and media sycophants insulating Trump from the consequences of his words or past pronouncements. That wall can’t protect him from his greatest obstacle: the self-inflicted wound.

There are many Trump supporters for whom there literally is nothing he could do to shake their devotion. He wasn’t joking when he said he could shoot someone on 5th Avenue and not lose a single vote. But that dedicated vote total is a fraction of what will be needed to win a general election.

Trump doesn’t seem to understand or take seriously the need to broaden his appeal, nor does he seem to get the need for a campaign infrastructure and a coherent message. It appears he and his diehard supporters think they’re enough, that nothing has to grow or change.

His supporters aren’t concerned, but Trump himself got a cold, dead fish of reality across the face this week when, after months of making the claim about the judge in the Trump University case being “Mexican” and therefore possible biased against him, blowback reached the point of reckoning.

It was February when he first claimed U.S. District Court Judge Gonzalo Curiel was making unfavorable decisions against Trump in a legal matter because he’s “Mexican” and Trump wants to build a wall. Dumb, plain dumb.

It went unnoticed and un-commented on at the time for whatever reason, but Trump repeated that claim multiple times in the last two weeks. And for no good reason.

First off, Curiel was born in Indiana, not Mexico. Trump knew this the first time he said it because he “corrected” himself each time by saying he has “Mexican heritage.” So why say what you know not to be true? Why say something irrelevant? Only Trump knows.

It was stupid, and that stupidity cost Trump what could have been a triumphant week.

Rather than avoid the bear trap in the middle of the sidewalk in the noon sun, Trump stomped on it with both feet.

Adding to the self-inflicted wound, Trump doubled down, claiming Judge Curiel was a member of “La Raza,” the ultra-left-wing activist group fighting to thwart U.S. sovereignty. Only Curiel wasn’t. He’s a member of the La Raza Lawyers Association, not the National Council of La Raza. An important difference.

Trump mouthpieces in the media have rushed to conflate the two, but they aren’t remotely the same. In fact, if the La Raza Lawyers Association is so awful, why would Trump cheerleader and Fox New host Kimberly Guilfoyle be a part of it?

Trump was roundly, and rightly, criticized for saying something racist – that Curiel can’t do his job effectively because of his race – by everyone who hasn’t mainlined the Kool Aid. Even his “safe space” hosts tried to claim he was “inarticulate” in his attack. But the definition of “inarticulate” is “lacking the ability to express oneself, especially in clear and effective speech,” which is not what Trump did.

He clearly expressed himself, he just did so stupidly.

It was an unforced error and gave Democrats exactly what they needed – ammunition against him.

Make no mistake, I don’t think Donald Trump is racist (you don’t have to be to say something stupidly racist). He’s just oblivious and has spent a lifetime getting away with it. What works in tabloid gossip pages doesn’t work in a presidential race. He doesn’t seem willing to believe that. It’s not enough to simply “get your name in the papers;” you have to inspire people to support you, to believe in your vision.

His speeches never have been coherent policy discussions. They’re mostly rants about polls, how much money he has, slams against opponents and a tiny bit about his vision for the country. When he trained his fire on the judge in a civil lawsuit against one of his companies, it shrunk him as a candidate. Does he care more about the company or the country?

Frankly, I couldn’t care less about Trump U, and I doubt real voters do either. It sounds like a get-rich-quick scam, but no one was forced to write those checks. Enrollees wanted a shortcut to wealth, which doesn’t exist outside of a lottery win or a lucky streak in Vegas.

Those suing probably were sold a bill of goods, but they bought it. They come off as the types who’d send that mythical Nigerian prince their bank account information, then book a flight to paradise while they wait for their windfall.

Even if Trump lost the case, it wouldn’t sway votes the way a positive vision would. Which makes it all the more puzzling that he brings it up or “defends” it constantly on the trail.

Democrats brought it up, sure, but it can easily be deflected by saying, “This is a frivolous suit I’m going to win, but it’s not going to bring jobs back to this country and that’s what I care about.” He didn’t, maybe because he doesn’t.

And if he absolutely had to criticize Curiel (which he didn’t), a simple, “He’s biased against me because he’s a liberal Obama appointee,” would’ve sufficed. It may even be true. That doesn’t matter anymore because Trump injected race where it had no business being.

All of the blows Trump has suffered this election were self-inflicted. From Megyn Kelly having “blood coming out of her wherever” and calling her a “bimbo” to racist comments about Judge Curiel, he’s his own worst enemy. He’s also his top (and maybe only) advisor.

So Donald, you have to choose – do you want to be president and CEO of the Trump Organization or president of the United States? It’s time to pick because you can’t be both. If it’s the former, do the country a favor and drop out of the race. If it’s the latter, it’s time to start acting like it.