Derek Hunter
|
Posted: Apr 14, 2016 12:01 AM
Share   Tweet
The opinions expressed by columnists are their own and do not necessarily represent the views of Townhall.com. 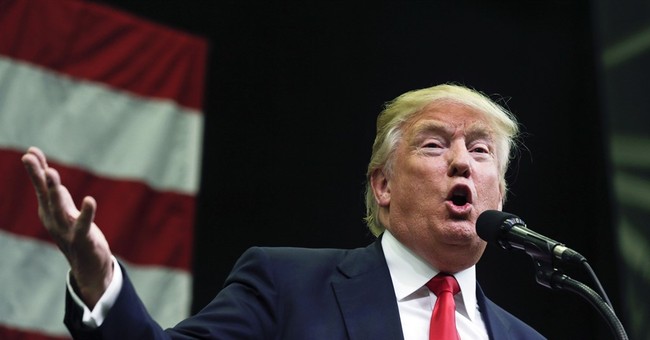 Donald Trump runs The Trump Organization, his real estate company that dabbled in failed meat, water, and education industries, among others. His campaign for president, on the other hand, has been anything but organized.

The way he’s run his campaign has the appearance of a wealthy man who decided he’d run for president on a lark, then woke up to find himself in the lead with no clue how to handle it or finish the job. In many ways the Trump campaign is The Mouse That Roared.

For those of you who don’t know, The Mouse That Roared is a great British comedy from 1959 staring Peter Sellers about a small nation, Grand Fenwick, is going broke and needs to find a way to rebuild their economy. The powers that be realize the United States has always been generous toward the nations they defeat in war, helping rebuild their countries after victory. So Grand Fenwick declares war on the US with the assumption it will be quickly over, with surrender planned from the start. However, without giving anything away, through a quirk of comedic fate, they end up gaining the upper hand and rush to find a way to lose.

In many ways, this was the Trump campaign – seemingly trying everything to lose after seeking only Donald’s oxygen: attention.

Little did he realize this is 2016, and in the United States celebrity, no matter how it’s achieved, is considered an accomplishment now. Skateboard naked down a hilly street covered in nails with a GoPro strapped to your head and friends filming it on their iPhones and you’ll have a guest spot on The View and offers for your own reality show by the time you get out of the hospital.

After insulting everyone, demonstrating ignorance of important issues, and literally phoning in his campaign, Trump realized he actually stood a chance to win. At that point he did…nothing.

As he racked up plurality victories in early states, never having won a majority (New York is his best chance), and didn’t plan ahead. Trump was in over his head so deep he didn’t bother to see if his own children were registered as Republicans so they could vote for him. They weren’t, so they can’t.

In the absence of knowledge or principle, Donald continued to strike out like a 12-year-old disciplined by a neighbor. Once he insulted Ted Cruz’s wife’s looks, he crossed the line, losing support for the first time.

Then the real stupidity started.

When Cruz trounced Trump in Wisconsin, Trump supporters started the “Ted Cruz is a tool of the ‘establishment’” meme. Trump’s mouthpieces on TV and radio cried foul, switching to full-throated dismissals of Wisconsin Governor Scott Walker as an agent of the “establishment.”

As if the tears shed over that loss weren’t enough, in the run-up to the New York primary, Ted Cruz won all 34 delegates in Colorado. He did it by the most nefarious means known to man – he read the rules, understood them and acted accordingly. In other words, he won fair and square.

Trump, with egg on his face, realized too late not hiring campaign staff in Colorado was a mistake. But Donald Trump doesn’t admit mistakes, so another reason had to be blamed.

Trump and his flying monkey attack army claimed Colorado was rigged, people were denied their right to vote! But they weren’t.

Never having been bound by the truth, Trump claimed his spanking was “totally unfair!” It was fair, and it was by the rules. Trump didn’t bother to learn the rules, out of ignorance or arrogance, finding himself out in the cold.

The Trump Army, led by Matt Drudge, unleashed lies, deliberate and knowing lies, on the American people over what happened in Colorado. Goon Roger Stone wrote a column declaring Mark Levin and Erick Erickson, among others, to be on the payroll of the “establishment,” citing something called “Conservative Tree House” as his authority. If that website isn’t bankrolled by The Trump Organization, either directly or indirectly, they are in need of serious mental help.

Since The Trump Organization is a privately held company, not only may we never know Trump’s real net worth (estimated well below his claims), but we’ll also never know who he’s paying. Rest assured, money is flowing. (There’s a reason Donald Trump won’t release his tax forms and it’s not an audit since he’s not really being audited.)

It’s flowing everywhere but into campaign infrastructure and policy briefings for Donald by people who understand policy. He doesn’t need them – he’s gotten to this point without them, why bother now?

Donald Trump believes he can win the White House by spouting platitudes, speaking in bumper stickers, a sycophantic core of in the tank media, paid hacks with no moral compasses, and an ignorant populace more interested in celebrity than sound policy. He may be right, but it’s doubtful.

As Trump cries over a “rule change” that didn’t happen, he calls for a rule change that will help him. He now wants the GOP to award him the nomination in Cleveland if he simply has the most delegates, not a majority. To hell with that.

The finish line is 1,237 delegates. If Trump can’t get there, game on.

He could’ve won this, he could’ve walked into Cleveland the conquering leader of Grand Fenwick. But that would’ve required work, admitting his only advisor from the start (himself) isn’t adequate, and spending actual money he doesn’t have (he’s loaned his campaign some money and doesn’t have nearly enough cash to fund a general election). Donald Trump can’t admit he makes mistakes.

I hope he walks into Cleveland only to sulk out, denied the payoff in his long-con. Rather than a triumphant hero, Donald Trump is just a mouse that whined.