We’re Officially Out Of Problems 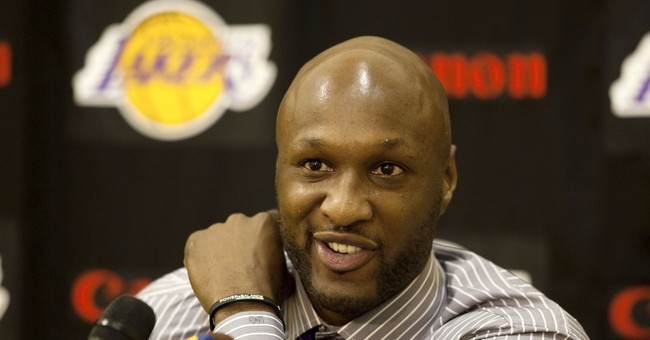 I’m sitting here on Friday night watching Blood Diamond on one of the HBO channels. As I watch this movie I realize these people – well, these characters since they’re not real people – have problems. Real problems. We don’t.

Yes, we in the United States, have some real problems too. But rather than address them, our culture focuses like a laser on nonsense. It obsesses on it, really.

On Wednesday, about two-dozen people in Baltimore refused to leave a city council meeting because they wanted to talk with the interim police commissioner. The commissioner, Kevin Davis, agreed to meet with them on Friday and even gave them his personal cell phone number so they could set it up. But that was not enough for these people. They wanted the meeting that night.

They took to social media to declare themselves victims for having to wait two days for what they wanted then. Rather than act as adults, they cried racism and tweeted the cell phone number the commissioner had given them in good faith.

Their demands, you see, were not met. For today’s progressive activists that is akin to a hate crime.

What did they “demand”? The ability to protest anywhere they like in a manner of their choosing, including blocking streets; safe houses police won’t enter, no more body armor, among other things. They also demand police “be more tolerant of minor law breaking (such as thrown water bottles) when deciding whether to escalate the use of force.”

Commissioner Davis never returned, and the protestors were arrested in the early morning. The media, naturally, went wild with the coverage of this tiny group.

In other news from Baltimore, the city of just over 620,000 people saw its 268th murder this year. That’s more murders this year, in raw numbers, than New York with 8.4 million people. The protesters made no mention of this.

Also this week, progressive activists at UCLA demanded the administration punish a fraternity for throwing a “Kanye Western” party. People came dressed as characters from the old west of Kanye West songs. College being what it is today, activists lied and said people came in “blackface.” It didn’t happen. Even the left-wing Huffington Post admits it didn’t happen. But why let facts stand in the way of a good movement?

If the “hands up, don’t shoot” lie worked so well, why not add another to the pile?

And when that lie is told by an entitled baby of a protected class, you know what comes next. The frat apologized because people were too dumb to accept reality.

To make dumb even dumber, UCLA punished all fraternities and sororities as their campus devolved into East Berlin circa 1961.

Also this week, Palestinians continued to murder Israelis, using cars, knives and whatever else they could find. When Israeli security killed those in the act of murdering their citizens, the Obama administration, and the president himself, equated the two acts.

Meanwhile, an ex-basketball star, noted junkie and former reality show husband overdosed on cocaine and sexual supplements in a brothel and spent several days in a coma and the week in headlines. If he fully recovers and if the recent history of our continuing devolving culture continues, he will be more famous and make more money than he ever has.

These are but a few examples…

We aren’t going to Hell in a hand basket. It’s a Hummer limo with a stripper pole jutting through the sunroof, “Save the Planet” and “Coexist” bumper stickers, and enough room for a camera crew to capture everyone’s face buried in their phones as they post selfies on their Instagram accounts.

Forget the debt. Never mind the Middle East, the piles of bodies in our cities, etc. Screw it all, some spoiled brat is offended! In a world full of problems, serious problems, if these are what we focus on we might as well just admit we really have no problems at all. If we’re going to go down, we might as well go down in flames.