On Being a Quitter 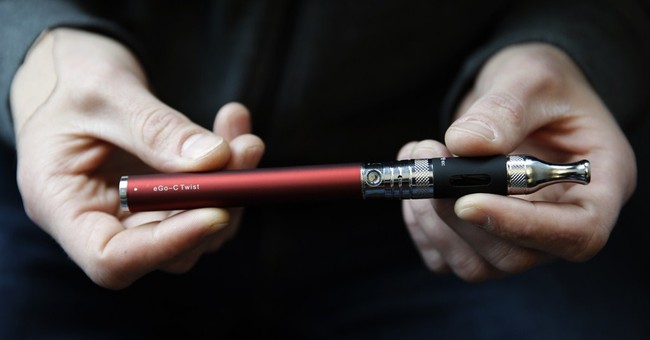 I haven’t had a cigarette since the day I got married, Sept. 5th. It hasn’t been easy. It’s not “pass a stone” or “give birth” hard, but I have had moments of “I’d kill everyone in this room for a drag.”

Less now, and less thanks to something politicians across the country are moving to ban – a vaporizer.

Vaping, as it is called, is the ingestion of water vapor infused with nicotine and some sort of flavor – tobacco, sticky buns, cotton candy, pretty much anything you can imagine. The “juice” is heated quickly by an ion battery, and you inhale and exhale a cloud of “smoke.” It simulates smoking without the smoking part.

But vaping looks a lot like smoking, so a lot of busybody liberals want to treat it the same way.

There are two simple reasons for this: 1.) they’re idiots, and 2.) they need a hobby.

What would the city be without progressives who want to intrude on every aspect of your life? A literal swamp, which it was, rather than the figurative swamp it has become.

But this intrusion isn’t by the federal busybodies; this one comes locally. All stupidity starts somewhere, and this is starting in the nation’s capital.

In the name of “health,” the DC city council decided to treat vaping exactly like smoking. In addition to banning it in public places and forcing people who have quit smoking through vaping to go stand with smokers on the street (which is like making people on methadone use the drug in a heroin den), the city now taxes it like smoking.

DC has imposed a 67 percent tax on e-cigarettes, as they’re called. Yes, 67 percent.

For all the talk of wanting people to quit smoking, the city fears the loss of revenue from tobacco taxes more, so it’s taxing the hell out of an extremely effective smoking cessation tool. Because “the children,” or something.

The tax is so high that two of the four existing vape shops in the district have said they’ll be forced to close. The other two won’t be far behind.

DC expects the tax to bring in an additional $380,000 next year, which means it will budget as if that revenue is real. But with the tax driving the shops out of the city, well, we all know how this game works.

District residents still will be able to get their supplies from Virginia and Maryland, but many won’t and will return to cigarettes. Governments get so much revenue from cigarettes that one can’t help but think this was the plan all along.

As addicted to smoking as most smokers are, it pales in comparison to how addicted politicians are to the tax revenue tobacco taxes generates. Anything that offers an exit strategy for smokers is a threat.

Tobacco tax hikes are always couched as a way to discourage smoking, but if politicians really wanted to discourage smokers, they would impose a shockingly high tax in shocking fashion – not 50 cents or $1 at a time but all at once. The shock to the system would force many smokers’ hands. That’s why you’ll never see it happen.

Politicians see smokers the same way drug dealer view their customers – as suckers. That’s because, well, we are.

Like a junkie, I’d hide my cigarettes from my fiancé, now wife, thinking I was fooling her. A breath mint or gun covered up the perfect crime. Or so I thought.

I wasn’t fooling anyone but myself, and not even really that. Well, on the day I got married, I was done. I smoked my last cigarette and said goodbye to the taxes the government has been getting from me.

I used vaping to quit, and it has worked beautifully. Now governments are starting to go after me again. Not gonna happen.

Living in Maryland has spared me from the attack from leftists seeking to “help,” but only because we had the good sense to elect Republican Larry Hogan our governor. DC isn’t so lucky. And other quitters across the country won’t be so lucky either.

My advice to those of you still smoking: Join me in quitting. I understand the appeal of those infernal sticks, but there’s a pretty good crutch out there to help you step away. Give them a try and stick to it.

Do it now, before those so concerned with public health they have to constantly dip into your wallet make their move on e-cigarettes too. Use spite as a motivator – don’t smoke yourself to death, and don’t let government tax you to death either.