His Own Worst Enemy 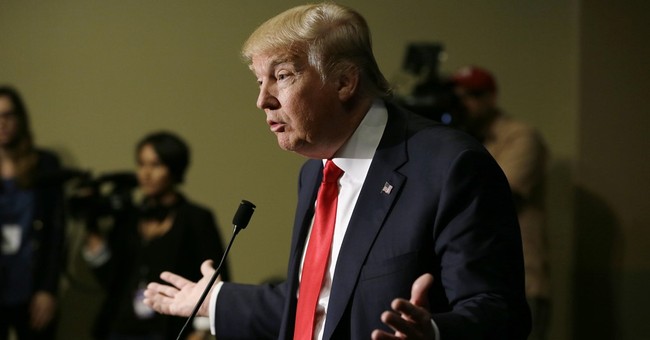 On paper, Donald Trump offers a lot as a candidate. He’s able to command a room, he is decisive, confident, unapologetic for what he believes, doesn’t need to kiss rings and make promises to raise money, and he stands up to an activist media. But campaigns aren’t run on paper, they’re run in life. And in life, Donald Trump appears to have an out-of-control ego in need of constant feeding, which is coupled with no ability to control himself.

Nothing about Donald Trump’s life requires constraint. Worth somewhere in the neighborhood of $10 billion, there is nothing he can’t afford to buy, aside from some countries.

I once had gotten paid all at once from a few consulting jobs I’d done; for how I grew up until that point, I was flush. I’d had more money in my bank account than I’d ever had. I’d been paycheck to paycheck before that, with some months pretty financially thin. I remember walking around a Target and, in the electronics department, it hit me: I could afford to buy anything in the store at that moment. It was a weird feeling.

While I could have afforded it, it would have been stupid to buy the most expensive thing there (I’m pretty sure it was their biggest TV), so I opted for financial responsibility and just purchased what I was there for. But I remember that feeling. It was the ability to breathe, to check the mail without fearing a bill or have to turn down going out with friends because I needed to pay rent. It was liberating, but it was also foreign.

Every day of Donald Trump’s life is like that, everywhere he goes, without the frame of reference of what it was like before. That has an impact on a person’s character.

I’m not saying Trump is of low character, this isn’t a value judgment or a self-congratulatory exercise where I pat myself on the back for my accomplishments, it’s an observation of a man who can’t seem to control himself when he should because he’s never had to.

The Fox News debate was 2 weeks ago, a lifetime in politics. Yet, for reasons unknown, Trump took to Twitter this week to attack co-moderator Megyn Kelly again. Using the retweet function to make most of his attacks via proxy, he endorsed calling her a “bimbo,” among other things.

Pointless and petty, but very Trump.

Donald may not have anyone close to him who can tell him “no,” or even advise him against an instinct.

The fact that he’s raised kids who, by all outward appearances, are well-adjusted, successful children who, unlike many in their situation of birth, still speak with and love their father, is a testament to an important part of his character. But he’s not running for the nation’s father.

The fact that he harbors such a grudge against Kelly for asking questions he didn’t like, long after the rest of the world had moved on, gives insight into who Donald Trump is.

What did he think running for president would be like? What, if he manages to get the nomination, does he think Democrats are going to do, play dead? These are people who accused Mitt Romney of killing a woman with cancer, who brought up how his family treated their dog in the early 1970s, who dug up dirt from his high school years. Did Trump really think things he’s said about women in the past wouldn’t come up?

If he did, he should fire his advisers for failing to prepare him properly. Unfortunately for him, he appears to be the only adviser he’s willing to listen to.

As much of a force of nature as Donald Trump is, he’s just a man. He’s a man who’s made a lot of money through his business dealings, and money is power. But power isn’t necessarily money.

While Trump has the power that comes with money, he doesn’t have, or even seem to understand, the power that comes from wielding government authority. Trying to earn money is very different from exerting the power of government. One gives you status and comforts in life, the other has the ability to take life, to imprison, to create the rules. People in business try to work the rules to their advantage, people in government make the rules. It’s not the difference between a football player and the refs, it’s the difference between a football player and the person who writes the rulebook.

People will do anything, legal or otherwise, to be involved in writing the rulebook. But to get there they must answer tough, even uncomfortable questions.

I loved it when Trump threw race-baiting activist masquerading as a journalist Jorge Ramos out of his Iowa press conference for constantly interrupting journalists’ questions. Ramos makes his fortune through division, has his power based on keeping an uneducated populace ignorant and away from assimilation.

But I also loved it when Trump had Ramos brought back in the room, answered his questions and refused to play the Ramos-victimhood game. Running for president, and being president, requires confronting people and questions that are unpleasant. Donald needs to accept the fact that he’s quite good at it when he’s comfortable with the issues, and awful at it when his ego is bruised by questions that make him uncomfortable. Because no one – not the media, not his fellow candidates, and certainly not the Democrats – is going to roll over and declare anything off limits.

If Donald Trump can’t handle tough questions about his past statements without continually throwing a fit, even weeks later, it raises questions about how he would act when things get heated while sitting across the table from world leaders. If a business negotiation breaks down and personal attack fly, egos are bruised. If world leaders let the invectives fly, and they’re taken personally while holding a grudge, the consequences are much greater than lost money.

Trump is a refreshing change from the usual political BS we’ve been spoon fed by both parties; he is a force of nature. But even hurricanes peter out. If he’s going to last, if he’s going to end up with a real chance at the White House, he’s going to have to find a way to keep in check his worst enemy.