Dear Everyone, Get Over Yourselves 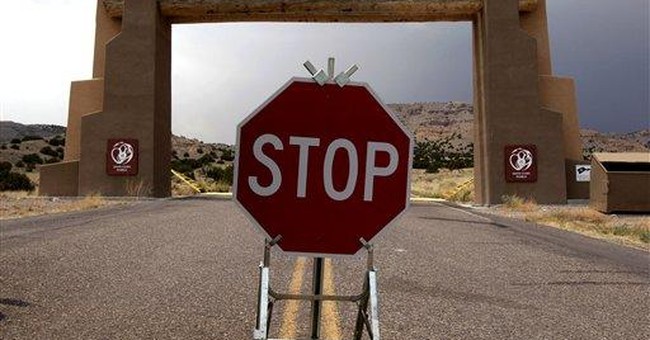 I say this in the most sincere way possible: Get over yourselves.

Not everything is about everything, or everyone. In fact, most things are about the very few people involved in them and no one else.

From the tragic to the political, we saw a wave of people inserting their pet projects and profitmaking grievances into the events of the week like the opportunists those people are. But that’s all they are.

It started with the awful terrorist attack by a monster in South Carolina who murdered nine innocent people because he “wanted to start a race war.” He should be held in a cell used for extension cord storage with exposed pipes on the ceiling. His career of wasting oxygen can’t be ended fast enough.

But too many, unsurprisingly, are using this creature’s disgusting act of evil for their own purposes.

President Obama used it to advance gun control, something the American people routinely and roundly reject. Hillary Clinton did it to advance her relevance and to distract from her own failings. If you believe either of these people—or any of the other politicians and pundits weighing in from afar—give an honest damn about the events in South Carolina beyond how they can use it; you’re fooling yourself.

If they cared, they would show up, without announcing it, without fanfare, without cameras, and pay their respects to the families and community. Instead, the president went fundraising on the west coast and Hillary did whatever it was she was scripted to do beforehand.

Politicians aside, the clown car of media and pundits couldn’t get enough of this story. Hosts were dispatched, race-baiting pundits were released from their hermetically sealed pods and activists booked flights faster than a Kardashian can cash a check.

All had their own agenda; none really cared.

MSNBC’s Chris Hayes, in a panic to get enough ratings to keep his job, made his cause the Confederate flag. He obsessed over something that is known as the paint job on the roof of the car in the Dukes of Hazzard as a contributing factor in this evil.

That flag had nothing to do with this, and Chris isn’t dumb enough to believe it did. But it’s a cause people who would be inclined to watch his show could get behind, so he went all in with it. No lives were saved, no pain was alleviated. Chris Hayes has no connection to Charleston, had no reason to be there, brought nothing of value in that community’s time of need. But there he was …, yelling about a piece of cloth, feeling important.

Is it important? Of course not. I don’t get the concept of “southern pride” to the point you’d embrace something under which so much evil was perpetrated, nor do I understand why anyone would let a dead symbol have that much power over them. I don’t associate with people who get worked up over inanimate objects or those who would wrap themselves in something so intertwined with this nation’s greatest cruelty.

While the political class was finding new and creative ways to exploit tragedy and dishonor murder victims, including a discussion of the Voting Rights Act and voter ID (see how Michael Moore did it here), Pope Francis called for a “bold cultural revolution” to combat climate change. (Read about it here.)

With all due respect to the Pope, who cares? That the head of one of the richest organizations on the planet wants to push socialism to help the poor and “save the planet” isn’t a surprise. The Catholic Church has a long history of obtuse self-observation. But that left-wingers would rally to his call is the ultimate in hypocrisy.

Hillary Clinton personally sent tweets of praise for the Pope’s encyclical just 2 ½ hours after she had praised an Iowa court decision that favored abortion. (Take a look; it’s beyond irony.)

Clinton could be somewhat forgiven for her ignorance because she’s not Catholic, but Martin O’Malley is. The also-ran Democrat from Maryland penned an op-ed praising the Pope’s call to action even though he is one of the most pro-abortion politicians in the country. The “devout Catholic” O’Malley counts on people not knowing his or the Pope’s stance on the issue or hopes people think Catholicism is a buffet from which you can pick and choose which parts you like.

At least atheist Bernie Sanders is intellectually consistent – government is his God, and his will is his government.

These are but a few examples of the media, political and pundit class who saw opportunities to advance their agendas in the face of tragedy or reality. The country would be better off if we’d let a community come together and its people grieve, rather than try to gain relevancy through the misery of others. It’d also be better off if politicians and the media had a modicum of intellectual consistency; if the “party of science” either left science to scientists or at least answered for its embrace of religious doctrine only when it is convenient.

They won’t because they don’t have to. There is no price to be paid for exploitation or hypocrisy, politically or personally, if you are of the left. The right is little better, but this was the left’s week.

We’d all be better served if those in power, those who’d like to be, and those who think they are would all step back and, for once, put the interests of others before themselves. Imagine if that happened. Imagine if these camera whores actually got over themselves for one full week. Just think of what we could accomplish if they did.