The Ghost In The White House 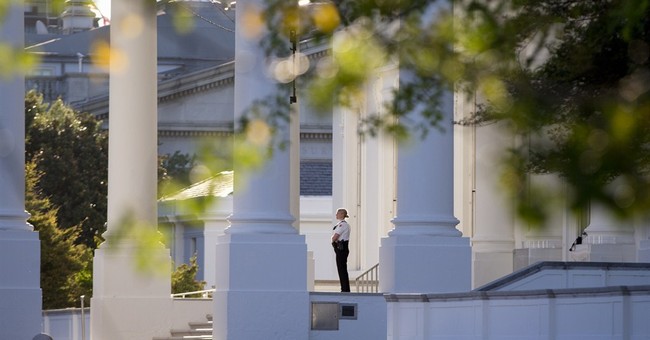 There is a ghost in the White House, a spirit disconnected from this world, whisking from room to room, past staff, uninterested in their conversations. Unfortunately for us, the ghost is the president of the United States.

Barack Obama loves being president – the perks, the privilege, the pomp and circumstance. It’s the job that bores him. Unlike community organizing, the Illinois State Senate, or even the U.S. Senate, there’s only one president. They can’t just show up when they want or bleed into the background when they’d rather be doing other things.

President Obama loves the campaign trail. He performs a substance-free partisan attack speech written by snarky young staffers better than any recent occupant of the Oval Office. But those speechwriters aren’t serious people. They’re smartasses better suited for Twitter, not the seat of power. As such, when it comes to serious issues of foreign policy, the speeches give us nothing but vacant platitudes when what we need is serious thoughtfulness.

Ask yourself this: Have you heard Barack Obama deliver a serious, substantive foreign policy speech? Not a recap of what is already known, but a practical speech laying out principles, practical goals and the means by which to achieve them? Obama’s “ISIS strategy” speech last month was devoid of anything, even inspiring words, beyond what anyone who’d read a couple of Associated Press stories on the subject could’ve written.

A president knowledgeable and interested in the job and the subject would recognize this and demand others, maybe adults, craft a speech designed to inform and rally the American people to his side. Obama’s failure to do so shows either he doesn’t know or he doesn’t care.

Not knowing or not caring was on full display on Sunday when President Obama sat down with Steve Croft of 60 Minutes. When he was asked how ISIS managed to control so much without his knowing, and was it a surprise to him, Obama gave a very “Obama” answer.

“Well, I think our head of the intelligence community, Jim Clapper, has acknowledged that I think they underestimated what had been taking place in Syria,” he said.

But James Clapper didn’t call ISIS the “jayvee team” just nine months ago; Barack Obama did. That was the president acknowledging the existence of ISIS and the fact that they’d just captured the major Iraqi city of Fallujah. Between then and September, did President Obama not receive any follow-up briefings on their progress? Did he ask no questions on their advances and barbarism? Was he not informed they held westerners, including Americans, hostage?

We know that’s not true, because after the beheading of journalist James Foley, the White House leaked that Obama had authorized a rescue attempt, after dithering for months.

So what kind of surprise could ISIS have been to the president if in July he’d sent the military into Syria because they were threatening Americans? None, really.

On Monday, Jon Karl of ABC News asked about how Obama could have been surprised by ISIS when so many intelligence officers had made public statements about their growth and spread starting last November. He asked, “So these warnings that came, to the U.S. ambassador in Baghdad, to Iraq, he made similar warnings on the news, DHS officials, did the president hear this, did he know? You mentioned Clapper, so we know he listened to Clapper, the head of the DNI. Did he know what these other top officials in his own administration were saying about the threat from ISIL, did he hear what I just read to you?”

Josh Earnest, White House press secretary, responded, “I assume what you read to me was congressional testimony. There are a lot of public statements about this. I'm not going to get into what sort of private conversations the president had with his, with the intelligence community.”

So there were plenty of warnings, plenty of people in the intelligence community funneling information to the White House, and either the president knew and didn’t care, or he didn’t care to know.

The only other alternative is this information was not included in the President’s Daily Brief and James Clapper, the Director of National Intelligence, willfully withheld this important information from the president of the United States. In which case he should be fired immediately.

That not having happened, it leaves us only with the aforementioned “either/or” situation.

It’s been reported that Barack Obama had all this information and more in his Daily Brief for 18 months, including options for wiping out the leadership of both ISIS and the Khorasan group—all of which were rejected out of hand. That leaves only the “or”—that he doesn’t care. A case bolstered by his attending only 42 percent of his daily security briefings.

The ghost in the Oval Office will occupy that space until January 2017, but his failures as a leader and disinterest in leadership will haunt this country long after he departs.