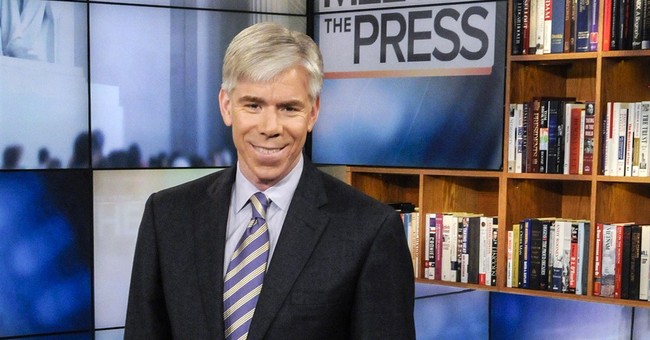 News broke this week that Luke Russert, son of the late Tim Russert, will be a regular part of the “revamped” Meet The Press starting today. He’s 29, has worked for NBC News since graduating college, and…that’s about it. His last name is the only qualification he possesses for joining the “team” of the longest running show on television. If this, and the other personnel decisions that have been announced, is NBC’s plan to save the once-great show, Meet The Press is screwed.

The new host, Chuck Todd, is a fine choice. But that’s just one piece of the puzzle. The host he replaces, David Gregory, was part of the problem, not the whole problem.

The problems with Meet The Press are not unique to Meet The Press; they’re across the board for all cable networks and news programs.

The biggest problem is they don’t do news anymore; they do entertainment masquerading as news.

Cable news has some of the best journalists in the business. But how often do you see them during the day? They’re on the beat gathering actual news. They’re just barely used.

You may get a quick update at the start of a segment – maybe – but that immediately pivots with a “Let’s turn to X for reaction…” X has no firsthand knowledge of the subject at hand because X usually is a blogger or a radio host who’s never worked a second in government or on the issue about to be discussed.

Essentially, a bunch of disconnected people are being granted the credibility (what’s left of it, anyway) afforded people on TV by being on TV. But they have none; they’ve simply read the latest newswire story on the topic and can deliver a few quips on the subject at hand.

I’m not saying there’s no place for commentary in the media – I do it for a living. Nor am I saying veteran commentators life George Will and Charles Krauthammer should go away – they’ve done the legwork and have contacts to obtain information and the historical knowledge to give important context to the day’s news. But, especially during the day, long before their opinion show start, shouldn’t news organizations spend more time conveying news from people they pay to gather it? Are audiences so detached from reality that they accept as news a conversation on the level of one you could overhear at a bar?

Ratings for all news outlets are down across the board; this may be part of the reason why. It’s possible to watch an hour of cable news, day or night, and not learn anything beyond someone’s opinion. It’s one thing if one of those people is an elected official and has a vote, or someone with expertise on a topic. It’s another if it’s just some person giving thoughts on something that person knows little about.

Worse, day or night, you can set your clock by who the guest is. No bus or train schedule has ever been as reliable as the repetition of disconnected cable news guests from week to week.

This isn’t just a cable news problem; the Sunday shows have been infected too.

Remember when the host or a panel of journalists would grill a politician or two for most of the show? Now they talk with politicians for maybe 10 minutes, then it’s right to a panel of non-politicians and ex-politicians to talk about what the politician just said, and other topics. It’s schizophrenic, not informative.

Sunday shows and cable news don’t attract an audience craving the latest Justin Bieber news or the opinions of people with no more information or insight than the average viewer already has. We want news. We’re not getting it, so we’re leaving. We’re going to the web.

You want to save Meet The Press (and I do)? Bring back the news. You want to save cable news (and I do, too)? Bring the news back there as well. There’s a place for bloggers, radio hosts and commentators to spout their opinions. But there shouldn’t be so many on staff, and they shouldn’t be weighing in so often on issues they know nothing about. Audiences can figure out for themselves what they think if they’re given the information.

That used to be the purpose of news. Now it’s cross-promotion, as we’ve seen on Meet The Press with every show stacked with MSNBC hosts and contributors no one wants to watch during the week. And it’s self-promotion, filled with disconnected talking heads whose only expertise is letting the world know they exist.

There’s a vacuum in the news world, and it’s on the air. It’s time put the “news” back in the news business. I hope it starts with Meet The Press, though I doubt it will. But it would be nice if someone, somewhere brought it back, even as an experiment. I suspect an audience would follow. I know I would.