Is Cable News Going The Way Of Print? 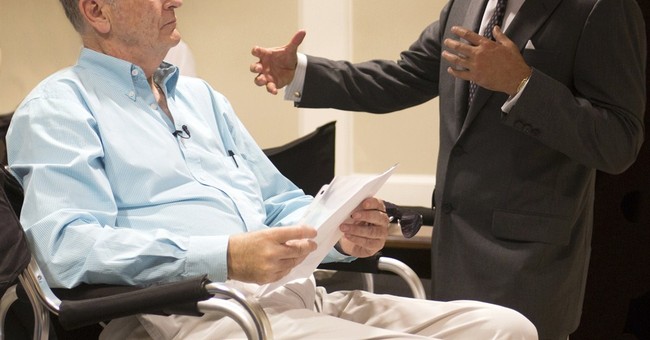 A lot has changed in the 12 years since I graduated college.

I’m no longer roofing for $8 an hour. I’ve gone from listening to talk radio all day to hosting a daily radio show and the national debt has climbed from less than $6 trillion to more than $16 trillion.

One thing that hasn’t changed is my love of news. Absorbing and discussing news was a hobby since I was a kid; now it’s a career. What used to annoy my parents and their friends now annoys anyone within the 50,000-watt range of WBAL from noon till 3 p.m. But the news business, particularly cable news, has changed so much in that time that I’m thinking I may need to start seeing other sources.

Newspapers are, for the most part, horrible. The Washington Post didn’t sell for the loose change in Jeff Bezos’s couch because it was raking in the dough. As far as news magazines go, it seems you can buy Newsweek these days simply by being willing to be associated with owning Newsweek.

Print going the way of the Dodo hasn’t destroyed journalism. It still happens. Mostly by accident, but it does happen. But to find it you have to read through the opinion and spin in a story. Mainstream news organizations are shifting their focus toward bloggers, most liberal, who are so wet behind the ears you’d think they just stepped out of the pool. They tend to embarrass themselves more often than your drunken uncle at an open-bar family wedding. But outlets once flush with credibility are willing to accept that because the bloggers work cheap, independently and produce a lot. Quantity over quality…with charts!

But some inexperienced kid plugging numbers into PowerPoint doesn’t really mean much if they don’t know what the numbers mean. A thesaurus to make small words big may change their sound, but it doesn’t change their meaning.

If you didn’t know better, you’d be inclined to believe the postulations of these puppies. That seems to be the point. The media today, in all its forms, seems designed more to not only preach to the choir, but to provide the gleefully ignorant just enough of a sense of being informed that they don’t stray from the plantation and learn what you don’t want them to know.

Media Matters, the progressive activist group masquerading as a non-profit charity, is the most brazen example of this. It panders to the lowest common denominator, the uninformed, under the guise of informing them of things said in the media. Its job is to “correct” the record one snippet, out-of-context quote or heavily edited video at a time, all so uninformed readers never have to venture out of the schoolyard of ignorance. It’s not that they watch so you don’t have to; it’s that they watch so you won’t.

But what they watch, what we all watch in the way of news, is becoming more and more unwatchable.

There was a time when I could keep cable news on in the background from the moment I got home from school till I went to bed and regularly be stopped by some new bit of news or interview with a newsmaker. But that day is done.

With the exception of Bret Baier’s Special Report and Shepard Smith’s Fox Report on Fox and Jake Tapper’s The Lead on CNN, there’s nothing palatable for news junkies on cable news anymore. Sure, there are moments, but for the most part cable news has devolved into a discussion between show hosts and paid contributors about stories they are uninvolved in and uninformed about. Hearing the opinions of people who are only as informed as the last wire service story is less effective than reading the wire service story. Yet that’s what cable news has become.

I understand the use of contributors. You’re paying them, so you might as well use them. But there are times when you can turn on MSNBC and see a host interviewing another host, or a panel of hosts and contributors talking about stories from which they’re completely detached. It’s like overhearing a totally uninteresting conversation from the table next to you at a restaurant – one that inspires you to eat faster so you can leave.

Fox isn’t immune either. You can set your clock by which contributor is on the TV. You literally can know what day and time it is by the guest or segment on Fox News’ prime-time lineup. Greta Van Susteren is the most frequent exception, but the rest of the lineup is predictable.

I don’t understand why Roger Ailes, a man I completely respect, allowed this laziness to happen. Perhaps it stems from the complacency that comes with being on top by so much for so long. But it’s not compelling or interesting. As a former Senate press secretary, I can tell you that getting a Member of Congress, a newsmaker, to show up in front of a camera is as easy as drunkenly slipping on ice in a footrace. Greta does it regularly.

Yet the rest of their big shows, shows that dominate the ratings, are a mix of pre-taped interviews and discussions between disconnected parties. I understand pre-tapes. I do them when I have to; sometimes early is the only time a guest has. But my show isn’t Fox. And a pre-taped interview or entire show comes across like expired meat when, as happens in a Twitter world, things change and develop between the time of the taping and the airing. New developments unaddressed is the elephant in the room when the room is pre-recorded.

The four-day work week and “Special Edition” tapes specials aren’t special when they aren’t in the moment. A room full of contributors mixed with “usual suspect” guests doesn’t make up for the fact that no one can make a point when 20 people are talking over each other and it was recorded two days earlier. It’s easy to do, and it’s fun to do, but it’s neither to watch.

Print is dying – rightfully so. There are too many choices and an immediate need with which they simply cannot compete. Their complacency cost them credibility and trust. The Internet offers too many choices for their spin to convince anyone not already in their herd. Web-based outlets are competing with them, and beating them in many cases, both in speed and in quality of content. Cable news is heading down that path. It doesn’t have to.

Television is the most powerful medium humans have created. When news breaks, people turn to their televisions. They supplement it with the Internet, but the TV will always win. Unless the TV refuses to offer what makes TV special – real-time access to people who know (or should, depending on the news). They can intergrade the Web, and should, much better than they do. But it can’t replace a trusted person talking to an informed and/or involved one. All too often cable news is moving away from the informed and/or involved guest to the one on the payroll. Given that option, there’s very little difference between watching people talking or reading some kid’s blog on the website of a newspaper owned by a billionaire. Neither option is appealing.