On Conformity, Death and Double Standards 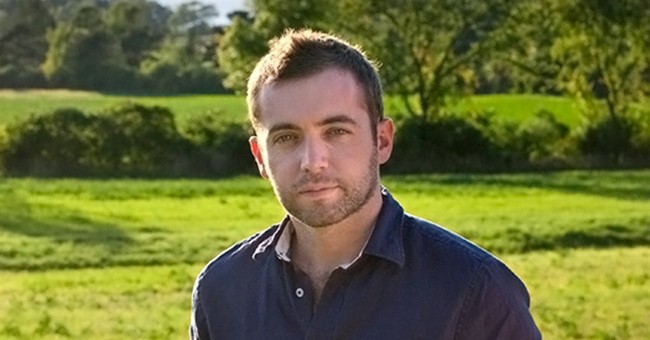 A 33-year-old man died this week in a fiery car crash in the early morning hours in Los Angeles. A tragedy, as it is when anyone dies before their time. But this man's name was Michael Hastings, and his death set off a week of media praise and adulation about his all-too-short life that is telling in more ways than anything the subject of it ever exposed.

Hastings didn't cure cancer, he didn't invent anything that makes life better, he wrote words. Michael Hastings was a journalist. And if there is one thing journalists love more than anything else it's heaping praise, especially posthumously, on other journalists.

It's a vanity rarely seen outside of journalism (the exception being Hollywood), when someone dies they are praised in a way most of the praisers would like to eventually be praised themselves. It's a sick sort of preemptive self-obituary for the narcissistic class.

I must state here that this is in no way an attack on Michael Hastings, a man I didn't know and whose work I only vaguely realized I was familiar with after reading of his death. Nor is it an attack on his family or friends who mourn his passing. It's no one's business how people cope with a loved one’s loss and I have empathy for the hell they're going through now.

But I've gone through this before, losing a friend long before his time, and I'm struck by the dissimilarity in how many of these same people, and many in this same profession, struck a decidedly converse tone then compared to now.

My friend’s name was Andrew Breitbart, and while he was a decade older than Hastings, his death was no more sudden and no less tragic. But the reaction to it was dramatically different because Andrew committed the ultimate sin today's dominant media culture - he refused to conform.

Calling it liberal media bias is too easy, and too small. For all their talk of "rebels" and "speaking truth to power," the one thing the media culture values more than anything is conformity. Not Conformity of clothes, of hairstyles, tattoos or anything superficial, but the most dangerous and damaging type – conformity of thought.

Not to belittle the work of Hastings, but the thing most cited about him by those marking his passing this week is that he wrote a story that "brought down" a General. He wrote a story for Rolling Stone that led to the resignation of General Stanley McCrystal, the then commanding General of allied forces in Afghanistan. It was a big story at the time, hyped by the media as a massive scoop, but most people would be hard-pressed to tell you any of the details even if you offered them a lot of money to do it.

When Andrew died, not only did he leave behind a wife and four young children, he left behind an empire in the making and a revolution still evolving. He brought to fruition what Matt Drudge started and the bloggers who debunked the CBS News fraud of the forged George W. Bush National Guard documents furthered – he made Internet journalism, citizen journalism, real.

Andrew Breitbart saw the media conformity of thought and the suppression of information that accompanied it and gave it the finger. Hastings have been called “fearless” by many, and maybe in some way he was, but he didn’t buck the media majority group-think, he fed it. Andrew built his own megaphone and shared it with others who’d heard their voices and stories muffled by the uniformity of what those who decided what constituted “news” wanted.

Without the work of Michael Hastings, Stanley McCrystal may still be in charge in Afghanistan, or he may have retired or been forced to resign eventually anyway. Whatever the alternate reality would be, it wouldn’t be all that different than it is now.

Without Andrew Breitbart, ACORN would still be enabling criminal activity because the investigation by James O’Keefe and Hannah Giles would’ve been just a series of videos in a cobwebbed corner of the Internet. We would be unaware of the multi-billion dollar fraud that is Pigford. A perverted Congressman from New York would still be tweeting only God knows what to women across the country on our dime. Most importantly, countless stories of abuse, corruption and lies would have gone unnoticed simply because they didn’t conform with the desires of the self-appointed gatekeepers of what matters.

Andrew Breitbart broke the mental monopoly that was news, he forced the door open and held it so others could come through too. For empowering untold numbers of individuals, his death was greeted with glee from the stalwarts of the old way.

Matt Taibbi, a despicable waste of human flesh, wrote a glowing memorial of Hastings the day after news of his death broke. It was filled with praise for a man he admits he didn’t know well, but that didn’t stop him from writing, “For him it was all about getting the story, and at the terribly young age of 33 he was obviously already a master at that.”

Taibbi was a fan of Hastings because he agreed with Hastings. Not as a result of anything Hastings wrote, but in the concept before it was written. They were of the Left. When leftists “speak truth to power” it’s because they weren’t being “Left enough.”

On the other hand, Taibbi published a piece at 3:10 pm the day Andrew Breitbart died, before many of his friends had even heard the news of his death, entitled, “Andrew Breitbart: Death of a Douche.” Less than 24 hours after the man was gone, this vapid partisan ended his opening paragraph with “I couldn’t be happier that he’s dead.”

Andrew committed the sin of joining the elitist country club of journalism without swallowing the red pill of thought conformity people like Taibbi demand from fellow “free thinkers.” Maybe it’s Taibbi’s lack of hairline, maybe it’s the fear that comes from living on the verge of being discovered as a fraud, whatever the case, he’s not alone.

In Andrew’s New York Times obituary entitled, “Andrew Breitbart, Conservative Blogger, Dies at 43,” they described him as “Part performance artist, part polemicist, he used his network of Web sites and their legions of followers to bring conservative media red meat.” Hastings, on the other hand, was immortalized by the Times Public Editor as “a fearless disturber of the peace who believed not in playing along with those in power, but in radical truth-telling.”

A person’s truth that conforms with yours is a hero, one that stray from the conformity plantation and you’re clown.

Fellow gatekeepers Slate.com ran a reaction piece to Taibbi’s flaccid keyboard vomit asking the real important question, “When Did Douche Become An Insult?” They also employ former “Think Progress” blogger Matt Yglesias who, upon hearing of Hastings’ crash tweeted, “Oh god. Michael Hastings. How Awful.” Maybe he knew him, maybe he didn’t. But on the day of Breitbart’s death he tweeted, “Conventions around dead people are ridiculous. The world outlook is slightly improved with @AndrewBrietbart dead.”

Both were young, both had families and friends, but only one strayed from the media plantation of sameness, so his death “improved” the world.

Taibbi and Yglesias aren’t alone, they aren’t unique, they’re actually quite pedestrian in both thought and “talent.” But they “think properly,” which is all that matters to them and their ilk. We don’t know what Hastings would have become, and thanks to a single flaming car crash in the wee hours of a California morning, we never will. But we do know what Andrew Breitbart has become – an inspiration, an ideal, a big middle finger to the group-think people who would dance on grave of a father of four before it was even bug because the truth he exposed was contrary to what they want people to believe.

Time will reveal the true, lasting impact of Michael Hastings, but time and all the magazines, websites network newscasts and every other form of media won’t be able to hide from the fact that Andrew Breitbart existed. That is his legacy, and that, in the minds of mind-herders, is the greatest sin of all in the eyes of the ultimate conformists.