Did Your Child Return From College a Better Person?

Dennis Prager
|
Posted: Jun 18, 2019 12:01 AM
Share   Tweet
The opinions expressed by columnists are their own and do not necessarily represent the views of Townhall.com. 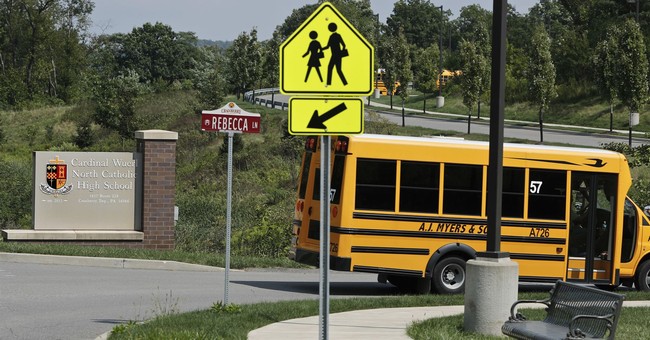 It is hard to imagine any parent -- left, right, liberal, conservative or apolitical -- who would disagree with asking this question. They would disagree about what constituted a desirable outcome -- obviously left-wing parents would want their child's college to send home a child with left-wing views, and a parent on the right would not be happy if their child returned home with left-wing views -- but every parent would agree that the question, "What type of person did college produce?" is an important one.

My belief is that most of the time, colleges today produce a worse human being or, at the very least, a person who is no better, wiser or more mature than when he or she graduated high school.

There is a good chance your son or daughter will have spent much of his or her free time at college partying, which often means getting drunk, smoking marijuana and hooking up with someone for casual sex. While none of those activities necessarily means your son or daughter became a worse human being, all of us can agree that none of them made your child a better one.

"A large percentage of college students consume alcohol by binge drinking. ... For men, binge drinking involves drinking five or more alcoholic beverages in two hours. On the other hand, binge drinking for women is considered four or more drinks within a two-hour time period."

The website also states that "Roughly 80 percent of college students -- four out of every five -- consume alcohol to some degree. It's estimated that 50 percent of those students engage in binge drinking ... "

"One young adult in two has entered university education in Western countries. ... (This) is often associated with risky behaviour such as excessive alcohol consumption. ... We found that the more a student was exposed to college environmental factors, the greater the risk of heavy, frequent, and abusive drinking. Alcohol consumption increased for students living on campus, living in a dormitory with a higher number of room-mates, and having been in the University for a long spell."

And we are all aware of the sexual activity that emanates from college drinking and can be regretted the next day (usually by the woman).

Then there is depression and mental illness at college. In the words of clinical psychologist Gregg Henriques through Psychology Today, "It is neither an exaggeration nor is it alarmist to claim that there is a mental health crisis today facing America's college students. Evidence suggests that this group has greater levels of stress and psychopathology than any time in the nation's history."

Now, let's move on to values and character.

Did your son or daughter (or niece or nephew, grandson or granddaughter) return home from college:

More, less or equally respectful of you, his or her parent(s)?

More, less or equally grateful to you for the monetary sacrifice you made to enable him or her to attend college?

More, less or equally proud to be an American?

More, less or equally open to hearing views he or she disagrees with?

I think I know the answers to those questions, in most instances. But far more important than what I assume is what you will find out. Please ask not only the college students and recent college graduates but their parents and other relatives these questions.

Then decide whether you want to risk sending your child to a place that will greatly increase their chances of being depressed, engaging in binge drinking and learning nothing important -- while being taught how awful America is, why speech he or she doesn't agree with should be suppressed, how pathetic religious Christians and Jews are, how wonderful religious Muslims are and how important skin color is.

I acknowledge that students who are entering STEM (science, technology, engineering and math) fields must attend college. But for most of the rest, sending your child to college is playing Russian roulette with their values, character and even joy of life.