If a Trump Supporter Had Shot a Democratic Congressman

Dennis Prager
|
Posted: Jun 20, 2017 12:01 AM
Share   Tweet
The opinions expressed by columnists are their own and do not necessarily represent the views of Townhall.com. 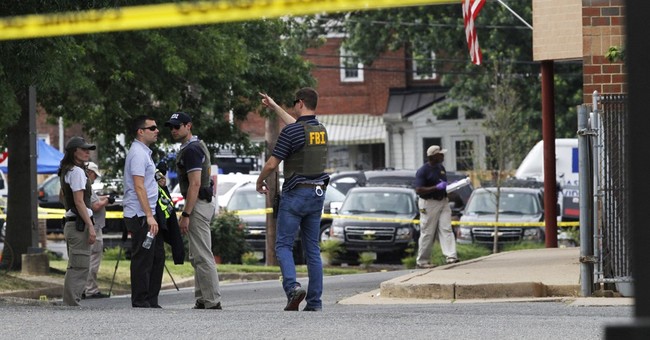 What would have happened if a Trump supporter had shot a Democratic congressman and other Democratic Washington officials?

The New York Times, the rest of the left-wing media and the Democratic Party would have made the shootings the dominant issue in American life. It is not possible to understand the left -- and, therefore, the media and the current state of American life -- without understanding how the left uses and relies on hysteria. Hysteria is to the left as oxygen is to biological life.

From the moment Donald Trump was elected president, America has been drowning in left-wing hysteria, all fomented by the media and the Democratic Party.

The charge of Russian collusion with the Trump campaign is hysteria. The claim that the president engaged in obstruction of justice is hysteria. As I have pointed out, the charge of Trump's election unleashing hate and anti-Semitism, which dominated American media for months, was hysteria.

If Democrats had been shot by a Trump supporter, all you would be hearing and reading about is how much hate the Trump election has unleashed in America, how his election is threatening our democracy and how he is unleashing fascism.

But it was a not a Trump supporter who attempted to murder a Democratic congressman, Capitol Police officers, a House GOP aide and a lobbyist; it was a Trump-hating leftist who attempted to murder a Republican congressman and other Republican officials. And, for that reason, what would have been the dominant issue in America today is already a nonissue. The shooting took place on Wednesday. On Friday, the only article about it on The New York Times front page was about the "harmony" engulfing Democrats and Republicans in the wake of the shooting. By Saturday, there was nothing about the shooting on the front page.

The "harmony" issue is worth noting. As sure as the sun rises in the east, had a Trump-supporting fanatic shot Democratic officials, the Democrats would not have said a word about the need for "harmony," or the need to lower the temperature in American political discourse. On the contrary, they would have greatly raised the temperature of their already blistering rhetoric. They would have attributed the shooting entirely to Trump's "hateful" rhetoric having permeated conservative and Republican America.

But it was a leftist who attempted to slaughter Republicans, so it was Republicans who had to respond. And they did so by calling for harmony and lowering the temperature of political differences.

In other words, Republicans reacted with complete conciliation, whereas, the Democrats and their media would have gone ballistic against the right.

Now, why is that?

One reason is that Republicans have accepted the post-shooting narrative of there being some sort of moral equivalence between right-wing and left-wing hate. That they have reinforces my belief that the great majority of Republicans and conservatives, whether in politics or in the media, do not appreciate how rotten the left is (the left -- not traditional liberals). Many really believe that calls for "harmony" and "unity" with Democrats and the left are meaningful.

But the only reason Democrats talked about harmony for a few days after the shooting was one of theirs was the shooter.

Even during the three-day "harmony" period, the left was busy furthering the falsehood that there is quantitative and qualitative equivalence between right-wing and left-wing hate. As evidence, a New York Times editorial said: "Was this attack evidence of how vicious American politics has become? Probably. In 2011, Jared Lee Loughner opened fire in a supermarket parking lot, grievously wounding Representative Gabby Giffords and killing six people, including a 9-year-old girl. At the time, we and others were sharply critical of the heated political rhetoric on the right. Before the shooting, Sarah Palin's political action committee circulated a map that showed the targeted electoral districts of Ms. Giffords and 19 other Democrats under stylized cross hairs."

A Republican putting crosshairs on vulnerable Democrat districts is the worst the Times could come up with. And that is apparently equivalent to all the hate directed at President Trump: calling opposition to him "resistance," as if Democrats were the French resistance and Trump were a Nazi; Kathy Griffin holding President Trump's mock severed head with blood gushing out; Stephen Colbert saying on his TV show that Trump's mouth would make a good "c--- holster" for Russian President Vladimir Putin; and so much more unprecedented hate.