It's Time for Conservatives to Celebrate This President

Dennis Prager
|
Posted: Apr 04, 2017 12:01 AM
Share   Tweet
The opinions expressed by columnists are their own and do not necessarily represent the views of Townhall.com. 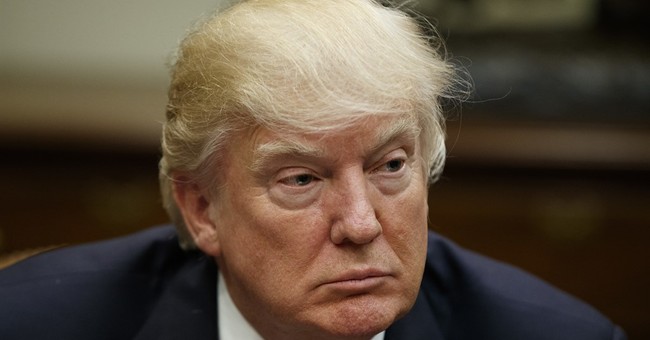 Do conservatives -- or non-leftists, for that matter -- appreciate just how terrific Donald Trump has been as president? And how lucky we are that he won the presidency?

I don't know the answer.

What I do know is that they ought to be deeply appreciative of him, and deeply grateful for luck or providence, and certainly for Trump himself, that he was elected president. First, it is unlikely that any other Republican would have defeated Hillary Clinton. Second, he has not only surpassed many of our expectations but also thus far governed in a manner more consistent with conservative principles than any president since Ronald Reagan, and arguably Calvin Coolidge.

I say this as one who vigorously opposed him during the Republican contest for the nomination. I said from the beginning, in print and on my radio show, that I would support Trump if he became the nominee, but I dreaded his becoming the nominee. His comments about the size of his hands, Sen. John McCain as a prisoner of war and former President George W. Bush lying about weapons of mass destruction in Iraq; his lack of any history as a conservative; and the seeming absence of a filter between his brain and his Twitter app made it difficult for me to imagine him as a serious president of the United States.

Nevertheless, once he was nominated, I just as vigorously supported him on the simple and -- I still believe -- unanswerable grounds that while no one could be certain how Trump would govern, we were all certain about how Hillary Clinton would govern -- as a leftist. And I truly believed that another four years of left-wing rule would mean the end of America as it was founded to be.

That is why I found the arguments of the conservatives who were Never-Trumpers, many of whom I work with, admire and count as friends, not just unpersuasive but incomprehensible. That a conservative could prefer Clinton -- which was the only upshot of a Never Trump position -- to any Republican could only mean that we have an entirely different understanding of the damage the left has done and would have done to America and the Western world if Clinton had won.

I remember Never-Trumpers calling my radio show and asking me how I could possibly believe that, if elected president, Trump would honor his commitment to nominate to the Supreme Court one of the conservatives on the list of judges from which he promised to choose.

He has honored that promise.

And given the supreme importance of the Supreme Court, isn't that reason enough for conservatives to celebrate his presidency?

He has repealed many of President Obama's energy regulations that would have strangled the American economy. He doesn't believe that carbon-induced warming of the planet will destroy the human race -- the greatest of the innumerable hysterias the left manufactures and then believes in.

He has appointed a woman who, as a billionaire, could have easily devoted her life to enjoying her wealth but instead has fought for American students and their parents to be able choose their schools just as the wealthy do. And he has taken on the teachers unions, the only group that has ever given American teachers a bad name.

He has appointed as ambassador to the United Nations a woman who is calling the U.N. the naked emperor that it is. And now, America is backing, rather than subverting, Israel in that benighted institution.

By building a wall along our southern border, he is reasserting the belief that America actually has borders.

And then there is tax reduction and simplification so that private citizens can keep more of their money and corporations can be far more productive.

And now, he has vowed, after decades of American obsequiousness, to confront the sociopathic North Korean regime.

The American media -- most particularly, its elite -- no longer even feigns objective reporting. It is solely an arm of the left and the Democratic Party, its task being the delegitimization of the Trump presidency.

If you live among liberals, it is not chic to express support for President Trump. But it is time more of us did. If people abandon you because you support this president, they weren't serious friends to begin with. And, sorry to say, they aren't worthy of you. Somehow, you have been able to look beyond their support for the America- and West-destroying left. But they can't look beyond your support for the first conservative president in a generation -- and the gutsiest perhaps ever.

If the president's approval rating really is in the 30s, this makes overt support for him all the more imperative. Whether you like his tweets or not, his fate is our fate.