Why Professors Object to Being Recorded

Dennis Prager
|
Posted: Feb 21, 2017 12:01 AM
Share   Tweet
The opinions expressed by columnists are their own and do not necessarily represent the views of Townhall.com. 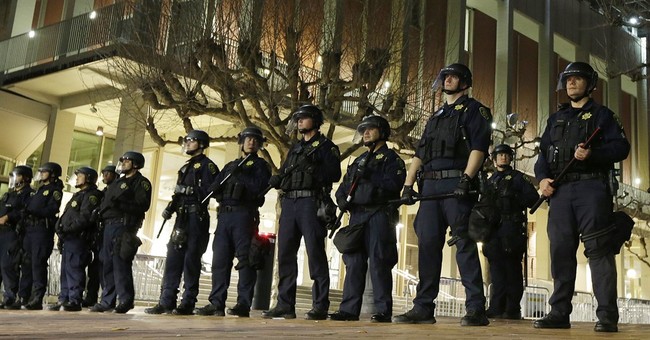 After the election of Donald Trump as president, a professor at Orange Coast College in California, Olga Perez Stable Cox, went into an extended hate-rant against the president-elect. Among other things, she described the Trump election as an “act of terrorism,” labelled him a “white supremacist” and called Vice-President-Elect Mike Pence “one of the most anti-gay humans in this country.”

And this wasn’t even a political science class in which one might expect political talk, no matter how irresponsible. Stable Cox is a professor of human sexuality.

When a student who recorded the diatribe posted the recording on social media, the professor’s union, the Coast Federation of Educators, AFT local chapter 1911, posted this message on Facebook:

“This is an illegal recording without the permission of the instructor. The student will be identified and may be facing legal action.”

According to the union, the recording, “violate[s] the professor's course syllabus, the Coast Community College District Code of Student Conduct, and the California Educational Code, section 78907, which exist to provide a robust, learning environment for all students irrespective of their opinions.”

“The use by any person, including a student, of any electronic listening or recording device in any classroom without the prior consent of the instructor is prohibited. . . .”

The American Association of University Professors has long opposed unauthorized recording and public posting of what professors say in classrooms.

As it happens, I was a college teacher for two years at Brooklyn College. I recall students asking me if they could record my lectures. And I remember thinking, “Why on earth would I say no?”

I wanted whatever I said in a classroom to be heard by more than 50 people. “Who wouldn’t?” I wondered.

Here, then, is my theory as to why most professors who object to their class lectures being recorded do so:

They fear having what they say exposed to the general public.

Our colleges, universities, (and an increasing number of high schools and elementary schools) have been transformed from educational institutions into indoctrination institutions. With the left-wing takeover of universities, their primary aim has become graduating as many leftists as possible.

Thus, in the “social sciences” – disciplines outside the natural sciences and math – a large number of college teachers inject their politics into their classrooms. And if they are recorded, the general public will become aware of just how politicized their classroom lectures are.

But there is another reason.

Most professors objecting to being recorded know on some level that they are persuasive only when their audience is composed largely of very young people just out of high school. They know that if their ideas are exposed to adults, they may be revealed as intellectual lightweights.

Students, therefore need to understand that when their professor objects to being recorded, it is a statement of contempt for them. The professor is, in effect, saying to his or her students:

“Listen, I can get away with this intellectually shallow, emotion-based, propaganda when you are the only people who actually hear it. You aren’t wise enough to perceive it as such. But if enough people over 21 years of age hear it, I’m toast.”

If a professor meets privately with a student, all rules governing the recording of conversations without permission should apply.

But when a professor stands in front of a class, he or she is in the public domain. Moreover, the public is paying at least part of this professor’s salary at virtually every university. We therefore have a right and even a duty to know what professors say publicly in classrooms.

Any professor who is not ashamed of what he or she is saying in class should welcome being recorded.

And any student taking a class with a professor who objects to being recorded should know that this objection is almost always equivalent to the professor saying: “I want you to hear what I say in class, because I’m quite confident that you can’t differentiate between instruction and indoctrination. But if what I say goes public, people who do know the difference will expose me as a propagandist.”