Dennis Prager
|
Posted: Aug 02, 2016 12:01 AM
Share   Tweet
The opinions expressed by columnists are their own and do not necessarily represent the views of Townhall.com. 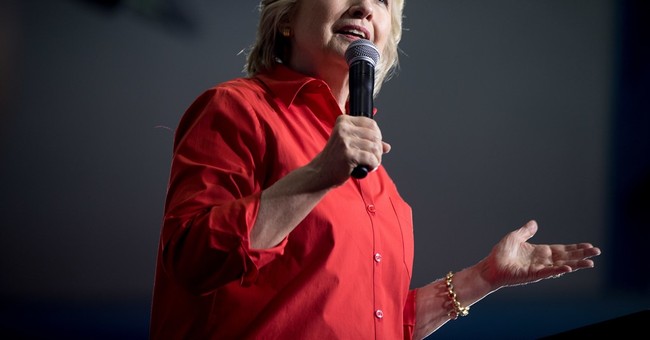 Trending
My #NeverTrump colleagues and friends make valid points about Donald Trump. I know -- I made them myself during the Republican primaries.

But it is vital to understand what will happen if Hillary Clinton wins the presidency. This country will be so far from what the Founding Fathers wanted, so different from what the #NeverTrumpers have always fought for, that it is almost impossible to see how America could recover from her -- or any Democrat's -- victory.

Thanks to the universities' leftist indoctrination of two generations of Americans, and thanks to Bernie Sanders, the Democratic Party is now in all but name a socialist party. In fact, it is actually to the left of many European socialist parties.

For example, if Clinton wins, the government will tell companies how much employees must be paid. "If you believe that companies should share profits with their workers, not pad executive bonuses, join us," she brazenly announced.

There will still be a country called the United States, a geographic entity situated between Canada and Mexico, but it will not be the America envisioned by the founders, nor the one envisioned by most Americans until the middle of the 20th century.

A few days before Barack Obama was elected president in 2008, he said, "We are five days away from fundamentally transforming the United States of America." He has been true to his word, and Clinton and the Democratic Party will continue this fundamental transformation.

As Sanders said in his speech to an ecstatic Democratic National Convention, "Together, my friends, we have begun a political revolution to transform America, and that revolution, our revolution, continues."

In other words, the Democratic Party now acknowledges that its aim is revolution -- a revolution that undoes the American Revolution.

Clinton spelled this out very clearly in her acceptance speech.

"We'll build a path to citizenship for millions of immigrants," she said, among other highlights.

This means that our borders will mean nothing, that in order to guarantee Democratic Party victories for the foreseeable future, Clinton will transform the 10 or more million illegal immigrants into citizens.

"We have the most tolerant and generous young people we've ever had," she also said. She said this in order to pander to young Americans. But, thanks to the left, it isn't true.

And it's not just about minorities. As we see almost every day, more and more college students lead campaigns against permitting conservatives to speak on their campuses.

Clinton's other pandering claim that we have the most "generous young people we've ever had" is equally false. Thanks to the left, we probably have the least generous young people we've ever had. No generation in American history (with the possible exception of the baby-boom generation) has been so self-centered. The millenials' motto is "Give me."

They say: "Give me a free college education. Absolve me of my financial debts. Give me free health care. Give me benefits until I find the job I deem commensurate with my college degree. "

No wonder the Pew Center found that nearly 50 percent of young Americans have a favorable view of socialism.

This view underscores a very telling statement from the Democratic nominee's speech that few seem to have noticed: "My mother, Dorothy, was abandoned by her parents as a young girl. She ended up on her own at 14, working as a housemaid. She was saved by the kindness of others." Note that Clinton's mother, who was 14 in 1933 -- right before the Democrats began unraveling America with ever bigger government -- was "saved by the kindness of others."

That is how America always operated: We Americans saved our fellow citizens who were abandoned, destitute or impoverished -- not the government.

But that is changing, and it will change even more with a Clinton presidency. Americans will become more and more like Europeans -- much less charitable with both their money and their time -- because you won't take care of your neighbor when you know the government will. Socialism makes people selfish. (Watch my five-minute video titled "Socialism Makes People Selfish" on PragerUniversity.com. When presented properly, our views can prevail. It has garnered two million views in two weeks, mostly from people under 35.)

With either a Republican or a Democratic Congress, a President Donald Trump could be held in check, if proven necessary. And, there is always the possibility that he could be a good president -- appointing conservative Supreme Court and federal judges, cutting taxes and slashing regulations. But no Congress could stop a President Hillary Clinton. She would finish the job her predecessor started: fundamentally transforming the United States of America, perhaps forever.