Few in the West Are Serious About Islamic Terror

Dennis Prager
|
Posted: Jul 19, 2016 12:01 AM
Share   Tweet
The opinions expressed by columnists are their own and do not necessarily represent the views of Townhall.com. 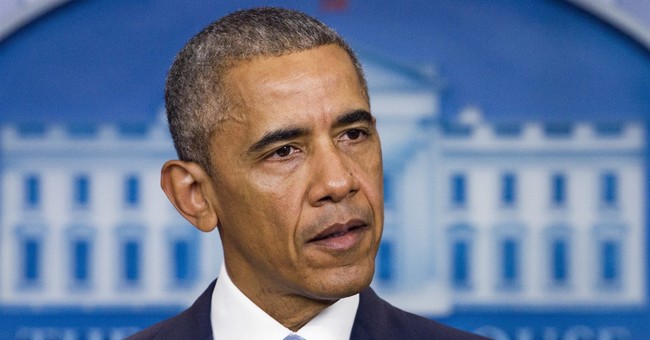 It appears that no matter how many men, women and children Islamists slaughter or maim, few in the West take Islamic terror seriously. This may sound odd, given how much talk there is about terror, but a compelling case can be made for this assertion.

The elites of the Western world are far more preoccupied with -- and fearful of -- global warming than Islamic terror. They regard those who believe that Islamic terror is the greatest threat to civilization as not merely wrong but bigots. They have labeled such people Islamophobes, but of course, there is no such thing as a carbon-phobe or fossil fuel-phobe.

The universities of the Western world not only do not identify Muslim terrorists or Muslim terror organizations as Muslim but also teach students the falsehood that there is no moral difference between Islam and Christianity or Judaism. This has helped leave the West incapable of dealing with the root cause of Islamic terror -- some of the teachings and practices of Islam.

Of course, there are vast numbers of peaceful Muslims; and the great majority of American-born Muslims are just like their Protestant, Catholic and Jewish neighbors. But to deny that there is something Muslim about the theology of the Muslims who commit atrocities against "infidels" is to deny one of the most important truths about Islamic terror. And it therefore prevents the only solution to Muslim violence -- a reformation of Islam, starting with overthrowing its ideal of a Shariah-based society and then moving to Muslim views of women, of non-Muslims and of Muslims who convert out of Islam.

3) Apple and other Silicon Valley giants

The business giants of the Silicon Valley are united in weakening Western civilization's ability to fight Islamic terror. The heads of Apple, for example, are on the verge of making it impossible for anyone, even Apple itself, to ever be able to open an iPhone. The tech company refused to unlock the iPhone used by Syed Rizwan Farook, the husband of the married team of San Bernardino terrorists, to see whether he had accomplices -- even though Farook was not the phone's owner and his employer, San Bernardino County, owned the phone and wanted it unlocked.

In other words, Apple's position is that even if it could prevent another massacre of Americans by unlocking a terrorist's iPhone, it would not do so. The position was supported by virtually every major Silicon Valley company.

In The Wall Street Journal, former New York Mayor Michael Bloomberg, no conservative, recently wrote this about the tech companies and terrorism:

"In the future, phones will be designed to prevent even Apple from opening them, just as the makers of some messaging services have already done. Such a move would be an unprecedented rejection of public authority and a potentially catastrophic blow to public safety. The prospect of criminals and terrorists communicating with phones beyond the reach of government search warrants should send a shiver down the spine of every citizen.

"Google, Facebook, Snapchat and WhatsApp are all working to increase encryption in ways that will make it impossible for the courts and law-enforcement officials to obtain their users' data."

The American government under its president, Barack Obama, does not call Islamic violence "Islamic violence." Rather, it's "violent extremism." This began in 2009, when the Obama administration declared the massacre of 12 soldiers and a civilian by "Allahu akbar"-shouting Nidal Hasan at Fort Hood "workplace violence." It continues. You'd think that after two massacres in Paris, another in Brussels and another in Nice in just the past 18 months, the administration would change its terminology to comport with the facts. But it hasn't. Islamic violence is, to the American government, still "violent extremism."

Hillary Clinton, the presumptive Democratic nominee for president of the United States, has called for the U.S. to accept 65,000 Muslims from the Middle East. That's six times more than President Obama has called for. She says they would be vetted -- a laughable notion. How do you "vet" 65,000 Syrians and Iraqis?

Do we ask them, "Do you want to kill Americans?" "Do you favor killing Muslims who leave Islam?" "Will you kill your daughter if she dates a man you don't approve of?" "Do you want Israel to be destroyed?"

Even more extreme than Hillary Clinton's call for 65,000 Middle Eastern Muslims, Angela Merkel, the chancellor of Germany, announced last year that Germany will accept more than 800,000 more Muslims into its borders -- and, by extension, to virtually all European Union countries.

There are already about 20 million Muslims in the EU, a significant percentage of whom do not assimilate and reject Western liberal values, and among the latter, a small but significant number are what we call radicalized.

Despite this, the leader of the most powerful country in Europe calls for nearly a million more Muslims from the most radicalized Muslim region in the world -- the Middle East.

It is inconceivable that this situation will long endure. Most people in the West do not share its elites' broken moral compass.