Europe Is Making a Fatal Mistake 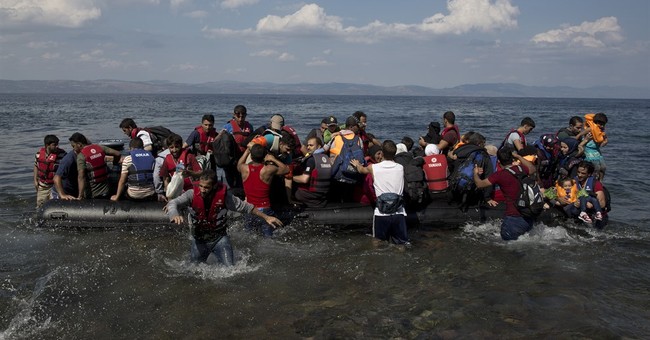 Allowing millions of Syrians and others from the Muslim Middle East into Europe will end up a catastrophe for Europe, and therefore for the West.

This may be the most difficult sentence I have ever written. Little seems more obviously moral than to allow these benighted Syrians, Iraqis and others to flee from hell into heaven. Therefore, arguing against allowing large numbers of them into Europe (and the United States) seems to be advocating for something that is heartless and just morally wrong.

Also, as a Jew, I am particularly sensitive to any parallels to the Holocaust. And looking at photos and videos of families trying to escape Syria, where two monsters -- the Assad regime and the Islamic State -- are devouring each other and hundreds of thousands in their way, how can I not think back to a time when Jews sought to escape the Nazi monster devouring them?

It was precisely this thinking that led the distinguished former chief rabbi of the United Kingdom, Jonathan Sacks, to write a moving column for The Guardian, comparing the Syrian refugees to the Jews of Europe before and during the Holocaust:

"One of the dark moments in that history occurred in July 1938, when representatives of 32 countries gathered in the French spa town of Evian to discuss the humanitarian disaster that everyone knew was about to overtake the Jews of Europe wherever Hitler's Germany held sway. Jews were desperate to leave. ... Yet country after country shut its doors. Nation after nation in effect said it wasn't their problem."

How does an ethically motivated person -- Jew or non-Jew -- deal with the emotionally powerful Holocaust argument?

For one thing, the parallels are far from precise.

The parallel is also imprecise because the vast majority of the Jews of Germany and many other European countries were assimilated citizens of their respective countries, who thoroughly embraced Western culture and values. In contrast, most of the Muslims of the Middle East -- and the largely Muslim population (from non-Arab countries) already in Europe -- hold values that are not merely different from, but opposed to, those of Europe.

Many Muslim immigrants in the UK, France and Sweden live in Muslim ghettoes and have not assimilated. Moreover, and of particular importance, children of the immigrants -- the ones born and raised in European countries -- are usually the most radical and anti-Western. It is worth recalling that the 9/11 terror attack on America was planned by Muslim immigrants living in Germany. Muhammad Atta, the leader, Ramzi bin al-Shibh, Ziad Jarrah, Said Bahaji and Marwan al-Shehhi had lived in Germany for between five and eight years respectively. Bahaji was born in Germany.

So, then, why would any European leader assume that things will turn out better with a million or more new Muslim immigrants from the Middle East? Or assume that the number will stop at 800,000?

And on what moral basis can the EU object to bringing in the million and a half mostly non-Muslim Nigerians who have fled their homes due to Boko Haram terror and the Islamist government war in that country?

Europe means well in taking in a million refugees from the Middle East. But when good intentions trump experience and wisdom, you're asking for trouble -- in this case, civilization-threatening trouble.

First, many of the children of these immigrants will not remember Assad or ISIS and will resent their likely inferior socioeconomic status and lack of full integration into European society. They will then cause havoc in Europe.

Second, the economic growth and unemployment rates of the EU countries -- including Germany -- are not robust enough to handle a vast number of newcomers. And as the British writer Janet Daly pointed out in The Telegraph, what about "the pressures on their hospitals and GPs' surgeries, and of shortages of housing and school places"?

Third, it is as certain as night follows day that Islamic State and other terror groups will place terrorists among the refugees coming into Europe.

Fourth, as a result of the three arguments above, some European countries will be threatened by far-right political movements that will arise in opposition to the threat to their national identity, values and economy.

None of this means Europe and America should do nothing. Indeed, it was precisely Europe and America doing nothing about Assad that helped to create this horror. The West should supply the good guys in the Muslim Middle East -- the Kurds -- with vast amounts of military hardware. And we should spend -- and demand that rich Arab states spend -- upward of a billion dollars to help feed and clothe Syrians who flee to neighboring countries. One day, after all, the Syrian civil war will end, and they can again be financially aided to return home. Then real good will be done. And Europe will be spared the choice of Islamization or civil war.

Finally, though some on the left will inevitably label this outlook racist, that is nothing more than a smear designed to avoid confronting the real issue: values, not race. If the Kurds, who are also Middle East Muslims, wished to move to Europe and America, we should welcome them with enthusiasm -- because they share our values. That's what this is about.