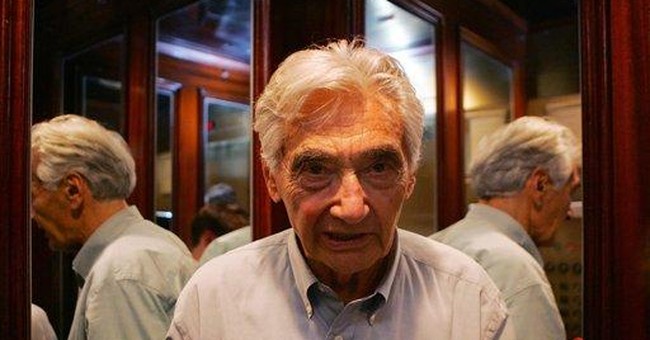 This past week, one of the greatest differences between the Left and Right -- both around the world and in America -- once again came to light: how each views America.

Every year for the past 67 years, the Jefferson-Jackson Dinner has been the major fundraising event for the Connecticut State Democratic Party. Not anymore. The party unanimously voted to drop the two Democratic presidents' names because they were slaveholders.

That is the way the Left sees American history.

Thomas Jefferson wrote the Declaration of Independence, the document that articulated the principle of human rights endowed by the Creator (thereby ultimately ensuring the end of slavery) and led to the establishment of the country that has served as the beacon of hope for people of every race and ethnicity -- more black Africans have voluntarily emigrated to the United States to seek liberty and opportunity than came to America as slaves. But that is not how the Left views Jefferson or America.

Conservatives view America as President Abraham Lincoln viewed it -- as the "Last Best Hope of Earth." But the further left one goes the more negative the assessment of America today, as well as historically.

Here's an even more telling example.

I once dialogued with Howard Zinn, probably the most influential left-wing historian in American history. A professor of political science at Boston University, Zinn wrote "A People's History of the United States," lauded by The New York Times as "required reading" for all American students and, as Wikipedia notes, "adopted as required reading in high schools and colleges throughout the United States."

His views perfectly represent the left-wing view of America.

Here is the relevant part of our dialogue:

Prager: "I think a good part of your view is summarized when you say, 'If people knew history, they would scoff at ... the idea that the United States is a force for the betterment of humanity.' I believe that we are the country that has done more good for humanity than any other in history. What would you say?"

Zinn: "Probably more bad than good. We've done some good, of course; there's no doubt about that. But we have done too many bad things in the world."

The examples Zinn gave for the bad things America has done were "annihilating American Indians," the Spanish-American War, taking over the Philippines and "other countries," "establishing dictatorship, holding up dictatorships in Latin America," "killing several million people (in Vietnam) for no good reason at all, certainly not for democracy or liberty," and the war in Iraq.

When I pressed him on his charge of America's "annihilating American Indians," he said America had actually killed 10 percent of the Indians. But as awful as that statistic is, one-tenth is a far cry from "annihilating."

But the left-wing view of America is so negative that in the Left's view, one-tenth is the same as annihilation.

For the Left, the moral flaws in American history are enormous, while the uniquely good is minimized or ignored.

The Left's attitude toward America betrays a broken moral compass, historical ignorance and, worst of all, ingratitude.

The first ones to do so were all rooted in the Jewish and Christian Bibles. Among them was the United States of America, which fought a horrific civil war that ended slavery. (Slavery was the reason for the Civil War. Every Southern state that seceded from the United States announced that Northern opposition to slavery and to its spread to new states was the primary reason for secession.)

In the meantime, America gradually became the least xenophobic, least racist nation in the world. In no country do people become accepted as full members of the society as do immigrants to America.

No country has fought for the liberty of others as much as America. That is why 37,000 Americans died in Korea, a country that offered America no economic gain.

Without America, the world would suffer from far more evils -- such as genocide and totalitarian enslavement -- than it does now. The countries where American troops have remained long after combat ceased -- Germany, Japan and South Korea -- have prospered economically and morally. Countries that America abandoned -- Vietnam and Iraq, for example -- experienced mass murder and genocide.

If one knew nothing about the Left and the Right other than their moral assessments of America, that is all one would need to know in choosing which ideology to adopt.