From California to the Boy Scouts, It Destroys More Than It Builds 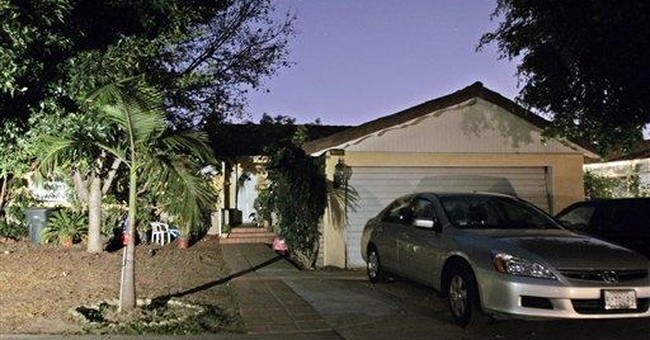 Virtually throughout its history, and certainly in the 20th century, California has been known as the place to go for dynamism and growth. It did not become the richest, most populous, and most productive state solely because of its weather and natural resources.

So it takes a lot to turn California around from growth to contraction, from people moving into the state to a net exodus from the state, from business moving into California to businesses leaving California.

It takes some doing.

And the left has done it.

California’s Democratic legislature has been more or less able to do whatever it wants with California. The Wall Street Journal has described the result:

“The Golden State -- which a decade ago was the booming technology capital of the world -- has been done in by two decades of chronic overspending, overregulating and a hyperprogressive tax code …”

One might argue that’s this is a politically biased assessment. So here are some facts, not assessments:

-- California has the worst credit rating in the nation.

-- California has the fourth highest unemployment rate in the nation, 9.3 percent -- higher even than the car manufacturing state of Michigan.

-- California has lost 25 percent of its industrial work force since 2001.

Joel Kotkin, one of the leading observers of urban America, the presidential fellow in urban futures at Chapman University, recently wrote an essay on California, “Sundown for California.” He begins with these words:

“Twenty-five years ago, along with another young journalist, I co-authored a book called “California, Inc.” about our adopted home state. The book described ‘California’s rise to economic, political, and cultural ascendancy.’ … But today our Golden State appears headed, if not for imminent disaster, then toward an unanticipated, maddening, and largely unnecessary mediocrity.”

That is what left-wing policies have done to California. In Kotkin’s words, “the state legislature decided to spend its money on public employees and impose ever more regulatory burdens on business.”

Last week, Intel, the world’s largest maker of computer chips, announced that it would invest $7 billion to expand its facilities. Where? In Arizona, Oregon, and New Mexico. But not in California, the state in which Intel is headquartered.

The left is bringing the greatest state to its knees.

What generations created, the left destroys. There are few productive and noble institutions in America that the left has not hurt or attempted to hurt. But while the left destroys a great deal, it constructs almost nothing (outside of government agencies, laws, and lawsuits).

Take the Boy Scouts. For generations, the Boy Scouts, founded and preserved by Americans of all political as well as ethnic backgrounds, has helped millions of American boys become good, productive men. The left throughout America -- its politicians, its media, its stars, its academics -- have ganged up to deprive the Boy Scouts of oxygen. Everywhere possible, the Boy Scouts are vilified and deprived of places to meet.

The same holds true for the greatest character-building institution in American life: Judeo-Christian religions. Once again, the left knows how to destroy. Everywhere possible the left works to inhibit religious institutions and values -- from substituting “Happy Holidays” for “Merry Christmas” to removing the tiny cross from the Los Angeles County Seal to arguing that religious people must not bring their values into the political arena.

And, then there is education. Until the left took over American public education in the second half of the 20th century, it was generally excellent -- look at the high level of eighth-grade exams from early in the 20th century and you will weep. The more money the left has gotten for education -- America now spends more per student than any country in the world -- the worse the academic results. And the left has removed God and dress codes from schools -- with socially disastrous results.

Of course, it is not entirely accurate to say that the left builds nothing. It has built vast government bureaucracies, MTV, and post-1960s Hollywood, for example. But these are, to say the least, not positive achievements.