Will Drama Win the Debates?

Debra J. Saunders
|
Posted: Aug 11, 2016 12:01 AM
Share   Tweet
The opinions expressed by columnists are their own and do not necessarily represent the views of Townhall.com. 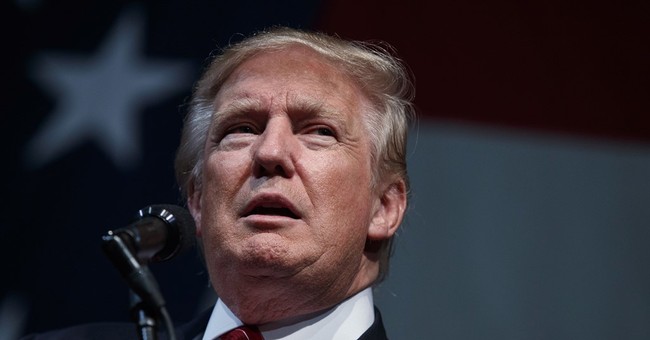 The first of three presidential debates won't happen until Sept. 26. Today, nearly six weeks beforehand, I safely can make these predictions. Hillary Clinton will show up for all three, as her campaign announced Monday. Donald Trump will show up, at least to most of them. Tuesday he told Time Magazine, "I will absolutely do three debates" -- although he noted he has "to see the conditions." Most important, after each debate, the media will spend the next 24 to 48 hours debating what Trump really meant by his latest bizarre utterance and if that particular off-the-wall remark represents the last straw, sinking his campaign.

Clinton campaign chairman John Podesta rightly ribbed Trump for engaging "in shenanigans around these debates. It is not clear if he is trying to avoid debates, or merely toying with the press to create more drama." In July, The Donald tweeted, "As usual, Hillary & the Dems are trying to rig the debates so 2 are up against major NFL games. Same as last time w/ Bernie. Unacceptable!" Not that he minded, but he made himself look silly. The bipartisan Commission on Presidential Debates had chosen the dates before Clinton won the nod and the NFL announced its schedule. Trump also claimed that the NFL complained to him in a letter -- which the NFL denied.

Trump also says that he wants "fair" moderators. Be it noted, when Trump talks about fairness, he means favorable to him. Yet in this ugly election season, it's voters who should wonder if the debate schedule is fair to the electorate. The RealClearPolitics polling average shows that 61 percent of voters have an unfavorable opinion of Trump, while 53 percent have an unfavorable opinion of Clinton. A majority of voters don't like either candidate. Is it fair that Americans could be stuck watching a face-off between two highly unlikables?

There is hope. The debate commission will look at the polls after Labor Day to see if a third-party candidate has hit 15 percent support in five unnamed national polls. Libertarian nominee Gary Johnson has exceeded 10 percent in two polls this month -- more than twice the showing of Green Party nominee Jill Stein. Commission co-chair Frank Fahrenkopf recently told CNBC the panel would "consider giving an inch" to an outsider -- if, for example, a candidate hit an average of 14.5 in polls with a margin of error in the 3 percent range. Politico reported that the panel told sponsors to prepare for the possibility there will be a third lectern. That is the best presidential campaign news I've heard all year.

You will hear calls for the panel to ditch its participation criteria and admit Johnson and Stein. But, as Pace University political science professor David Caputo told me, small tweaks are OK, but if the commission dumps its rules to accommodate a low-polling Johnson, "I think it would be very difficult" to say no to Trump's demands for, say, time slots that are likely to draw top ratings or "fair" moderators.

Meanwhile, if you want Johnson on the stage with Clinton and Trump, stay by your phone. You never know when a pollster might call.