Feds Shake Down FedEx -- and Fail

Debra J. Saunders
|
Posted: Jun 23, 2016 12:01 AM
Share   Tweet
The opinions expressed by columnists are their own and do not necessarily represent the views of Townhall.com. 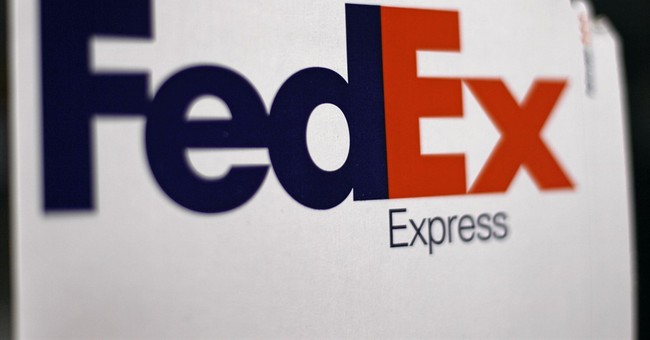 Trending
Showtime's "Billions" probably is 2016's most intriguing dramatic series precisely because its nastiest villain is Chuck Rhoades, U.S. attorney for the Southern District of New York. Played by actor Paul Giamatti, Rhoades is a ruthless bully who wants to bury hedge fund big shots, whether he has the goods on them or not. Rhoades is so righteous about upholding the law that he is willing to break it to destroy his prey.

A version of "Billions" played out at the federal courthouse in San Francisco this month as the Justice Department pursued a 2014 criminal indictment against FedEx that could have cost the overnight-delivery giant $1.6 billion in fines. Except, FedEx shocked the legal world by fighting back. Even better, FedEx won because, as U.S. District Judge Charles Breyer observed, the corporation was "factually innocent" and had operated without criminal intent.

The problem with that approach is, FedEx attorney Cristina Arguedas neatly explained, the Memphis carrier only delivered products sold by online pharmacies registered by states and the U.S. Drug Enforcement Administration. The DEA actually continued to renew the rogue prescribers' registration during years when FedEx was supposed to refuse to deliver their pills.

The Cato Institute's Walter Olson described the case as the government throwing the book at FedEx "for, in essence, refusing to snoop into its customers' packages and business." That is, I would add, for refusing to do the government's dirty work -- which the government also failed to do.

The government's case fell apart, and Hemann was prompted to ask the court to dismiss the remaining charges, after Breyer (to his credit) ordered prosecutors to call two former agents to the stand. The former agents were prepared to testify that FedEx had been a cooperating partner in their efforts.

So why would Department of Justice officials go after a company for doing business with online pharmacies the government had authorized? Because federal prosecutors have a history of going after legal businesses to hurt criminal enterprises.

And it's a shakedown. When authorities approached UPS in 2013, UPS paid the government $40 million to go away. Most CEOs would do likewise, because paying off the government is the safest and easiest option.

But most of all, federal prosecutors think they have the right to squeeze law-abiding businesses, because they like to collect trophies. The power has gone to their heads -- and they know they can get away with it.